This page of The Last of Us 2 guide lists all important information about dogs encountered in the game. You will find out whether you can meet friendly dogs, whether you can pet a dog, how to avoid detection by enemy guard dogs, and whether killing dogs is mandatory and how easy it is to eliminate dogs. 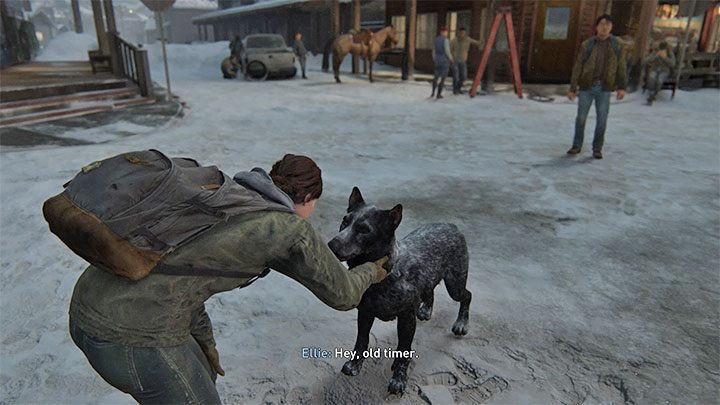 During Ellie's story, friendly interactions with dogs are unfortunately very limited. During Waking Up, the protagonist can greet a friendly four-legged resident in the town of Jackson. 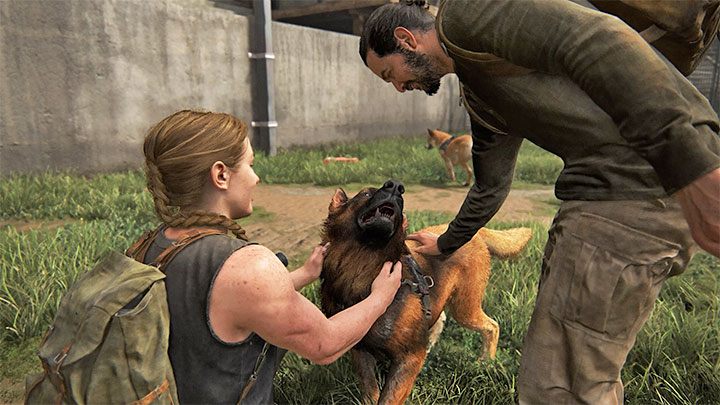 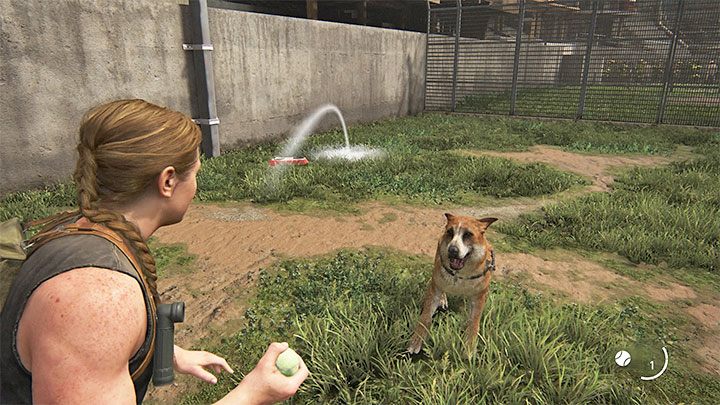 Abby has a lot more opportunities for peaceful contact with dogs, and that's because the WLF Organization, of which she is a part, breeds defensive dogs.

During The Stadium, Abby will be able to say hello to Alice, a female dog who will accompany the heroes on some expeditions and help eliminate some opponents.

At the same stage you can also play fetch with another dog. 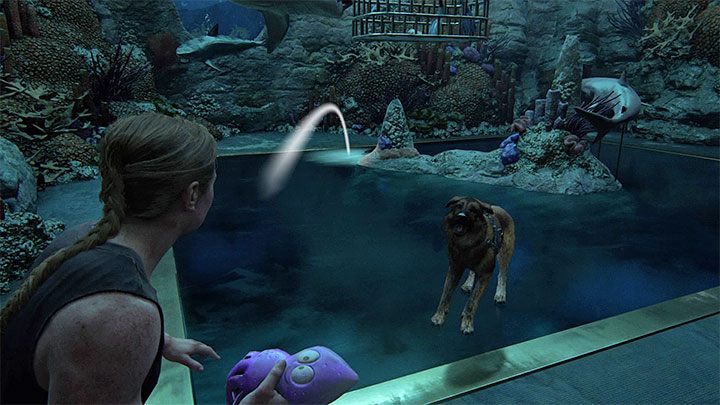 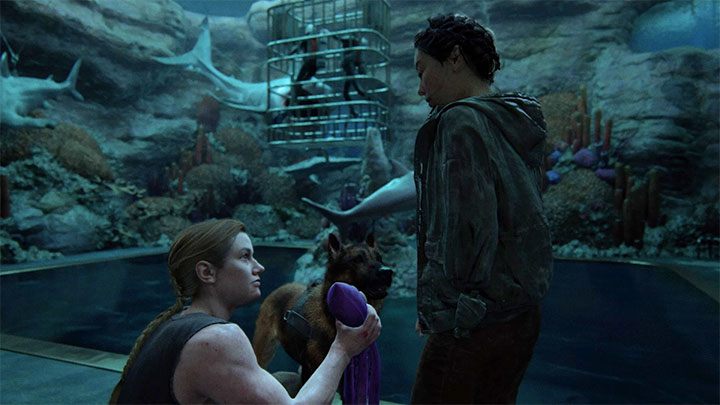 Another opportunity to play with Alice appears in The Aquarium (during the search for Lev). During their time in The Aquarium, Abby is allowed to throw a toy that Alice will fetch. 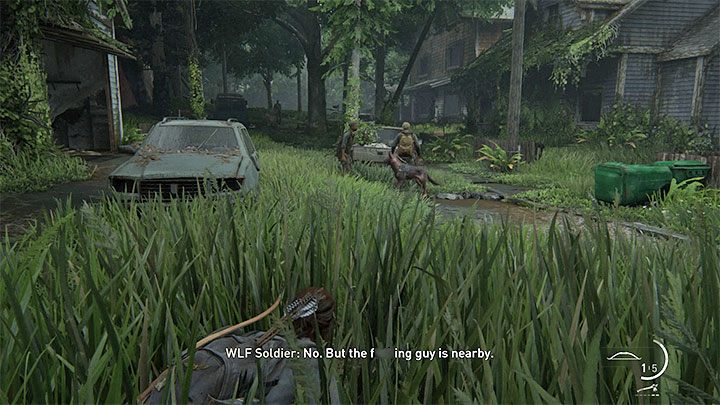 Dogs with a hostile attitude are dealt with only when playing as Ellie and are dogs trained by the WLF.

Hostile defense dogs will begin to appear during the Hillcrest stage. Dogs are normally busy patrolling the area with their owners, although they may detach from them for additional searches and return to them after a period of time. 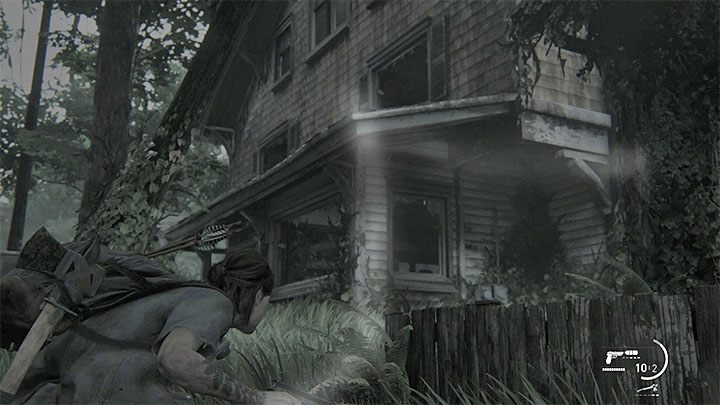 The most important mechanics associated with dogs is that they are able to sniff out Ellie and this will happen if you get too close to the animal. The exception is the first encounter with the dogs when Ellie is sniffed out during a short cut-scene.

The dog will begin to track the heroine, i.e. follow her scent trail. This trace is visible when the listening mode is activated. It is a" route " that the dog will also follow. 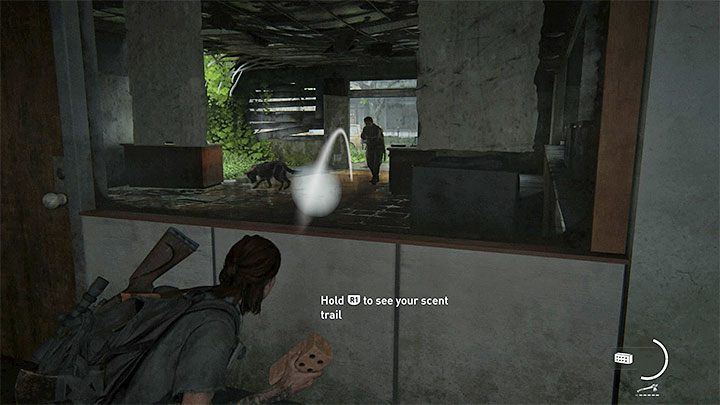 If you don't respond properly after the dog starts tracking Ellie, it could lead to her being detected. The dog then starts barking, alerting the neighborhood and lunges at the hero. There are three main ways to avoid detection by a dog travelling behind a scent trail: 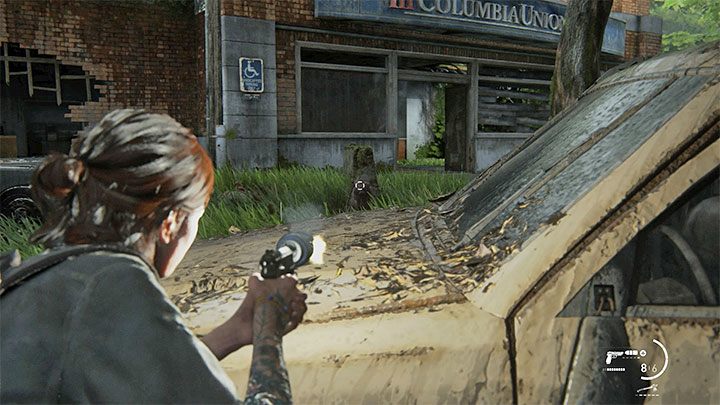 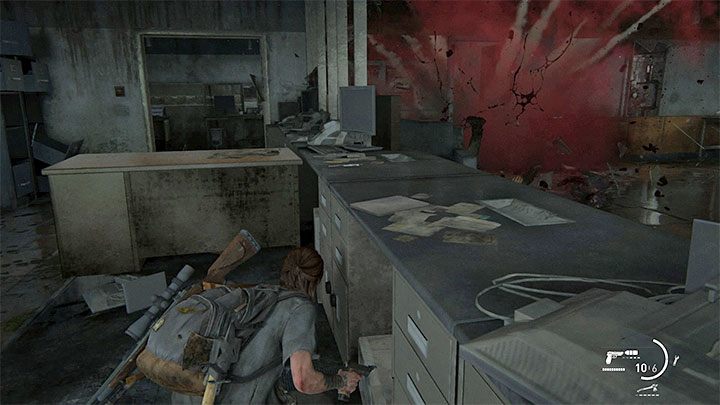 In The Last of Us 2, dogs can be spared, but finding your way around them may make gameplay more difficult e.g. having to sneak through locations where they appear. The game provides no rewards for keeping dogs alive (other than the personal satisfaction of not taking the dog's life).

If you haven't been detected by a dog at all, or if it is still following Ellie's scent trail, then the best way to kill an animal is: 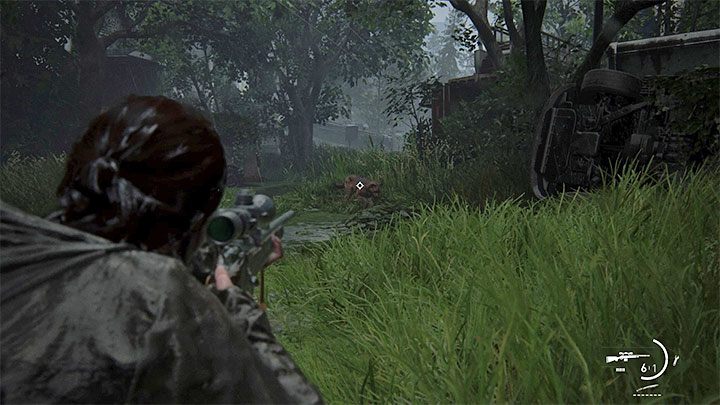 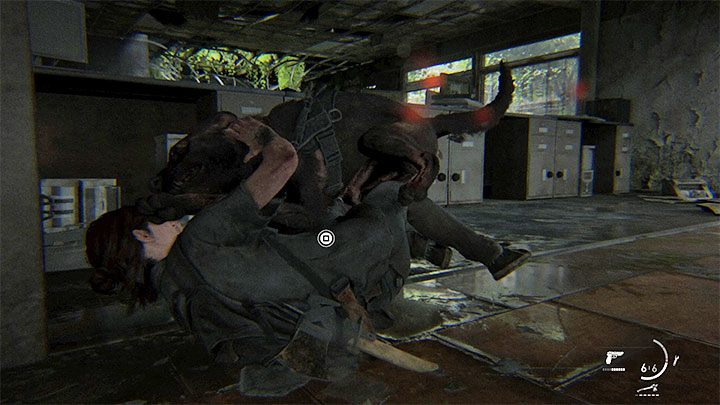 If you've been spotted by a dog, try to react quickly and use a shotgun, rifle, or any other good weapon before the dog reaches your location. Otherwise, the heroine may be knocked down and begin to struggle with the dog - you must then push the Square button quickly. The struggle will take some of your health points, even if you've managed to get the dog off you.