This page of our game guide to The Last of Us 2 explains when you can play the guitar as part of the mini-game and whether you can use the guitar to play any song in TLoU2. This instrument appears in particular stages in which you play as Joel and Ellie. Abby can't play the guitar, and she'll never use one.

Why there is a guitar sequence in TLoU2? 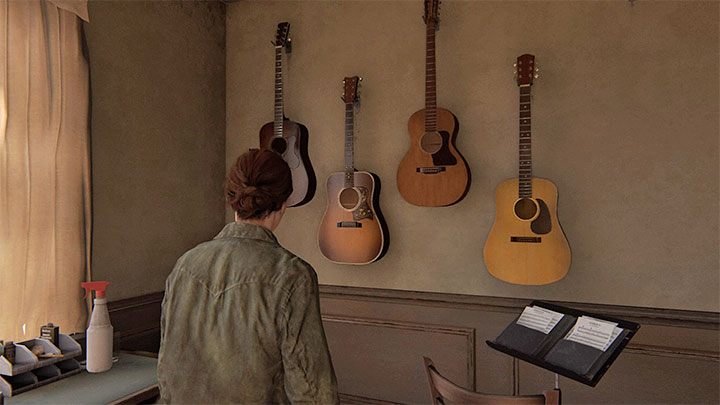 Guitar is Joel's favorite musical instrument (from The Last of Us). As you make progress in the story of the TLoU 2 you can visit Joel's house. On the first floor there is a music room in which you can find, among other things, different kinds of guitars hanging on the wall. 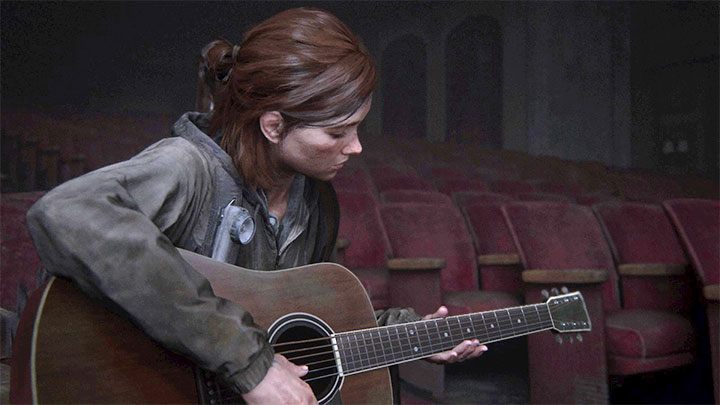 Joel taught Ellie how to play the guitar even before the events of The Last of Us 2. During the story campaign the main character will pick up the guitar several times to play a song or some chords. Some of these sequences occur during cutscenes. However, TLoU2 features partially interactive scenes and a fully fledged mini-guitar game. 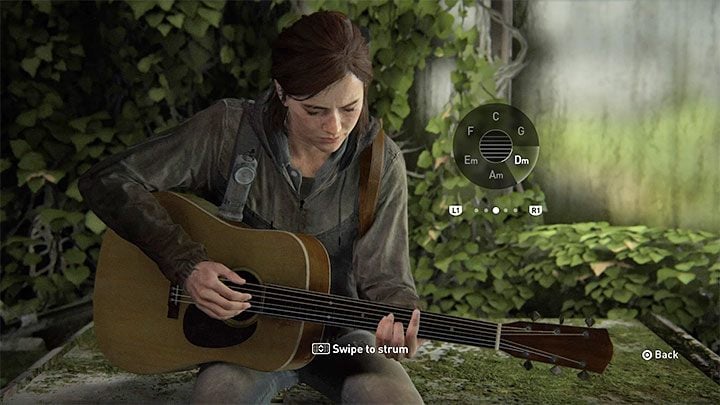 After unlocking the full guitar mini-game, the controls are as follows:

Theoretically, you can play any song on the guitar in The Last of Us Part II, although a lot depends on your skill and self-determination.

When can I play a guitar in TLoU2? 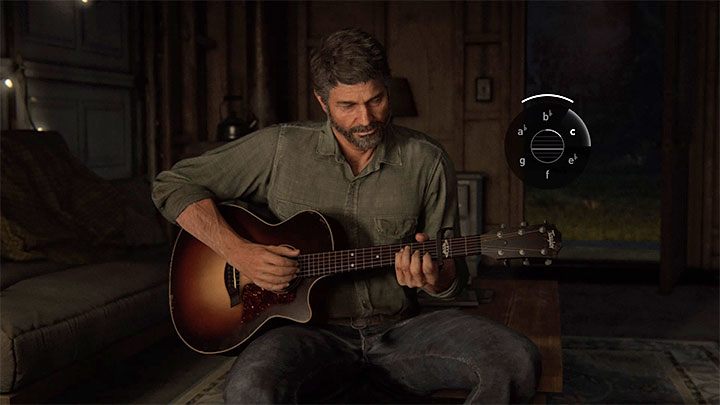 The guitar as an interactive instrument appears in the Prologue stage and then Joel will play it for a short while. 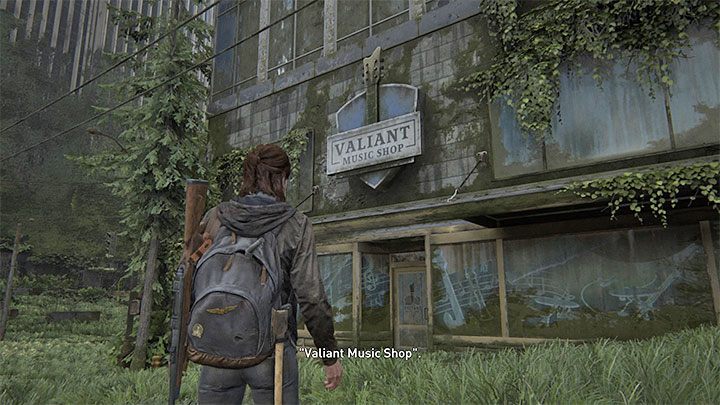 The first location where the full version of a mini-guitar game is available is the Valiant Music Shop. The opportunity to visit a music store occurs during the Downtown stage, a mission in which you have a lot of open space and areas to explore. 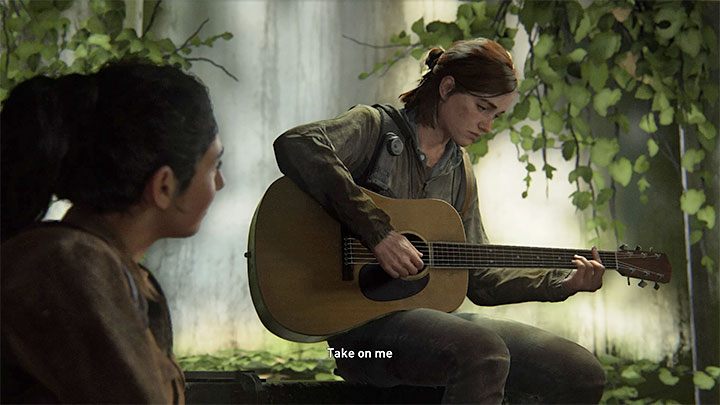 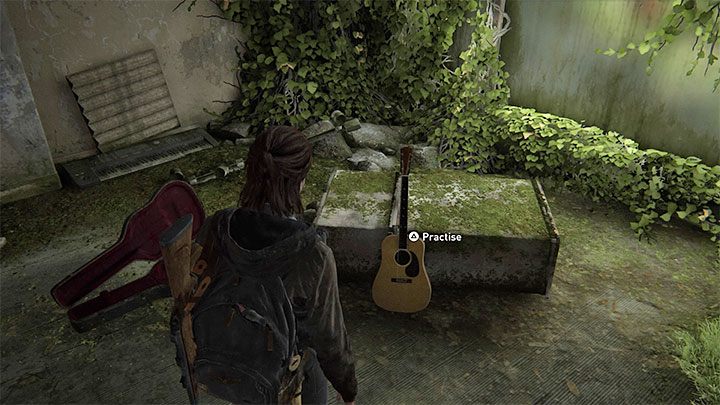 After finding the guitar in a music store, Ellie will play a song of a famous band A-ha - Take On Me. After the cut-scene ends, you can interact with the instrument again and practice your guitar playing. 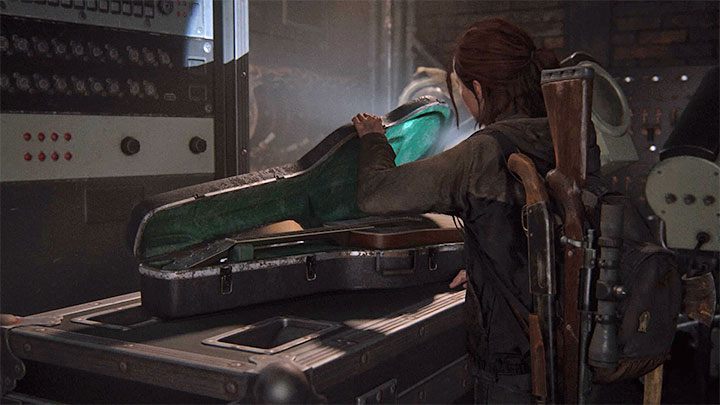 The second location with a guitar and mini-game is The Theatre building. Dina and Ellie will arrive to this location after escaping the infected in The Tunnels stage.

Ellie will find a guitar on a stage in the Theatre level. 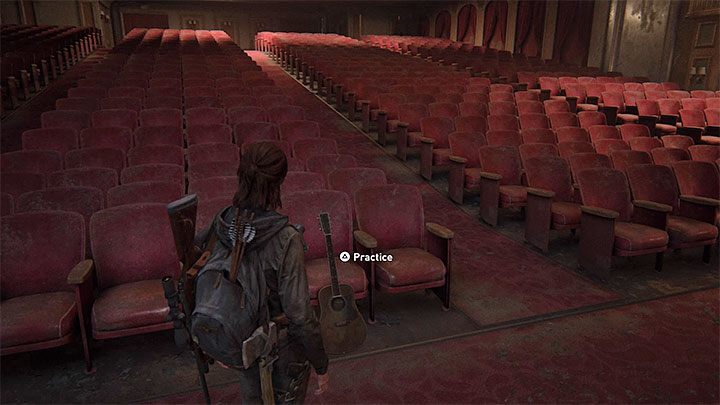 The option to play the guitar freely appears in the Hillcrest and Road to The Aquarium stages. In both cases, you can play the guitar before you leave the theater and head to another part of town.