Below there is only basic information about enemies. Different varieties of monsters and living opponents are described in more detail in the following pages of this chapter. 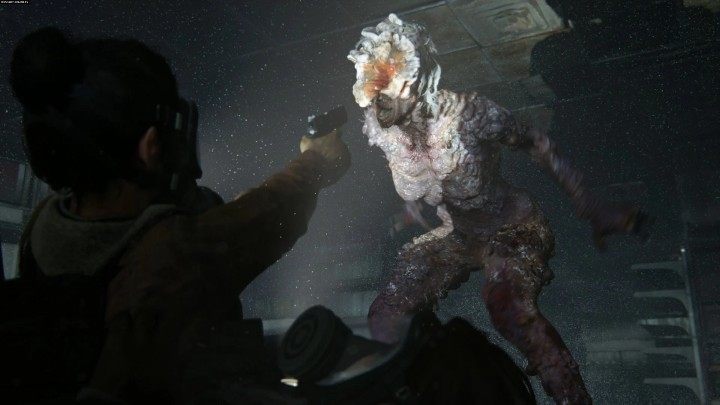 all varieties of infected known from the first part of the series return in The Last of Us 2. Among the monsters there are very dangerous Clickers, who use their sense of hearing to track enemies. They are able to instantly kill the player when they catch them.

The sequel introduces a brand-new monster named Shambler. There are huge infected that try to get close to the controlled character and release a cloud of poisonous gas. 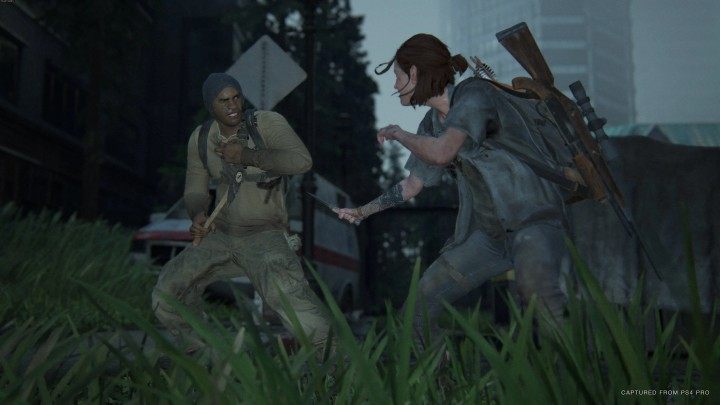 Monsters aren't the only enemy in TLoU2. You also fight people who have hostile intentions towards the main character. This group includes, among others, members of a hostile cult.

Humans may be equipped with firearms and melee weapons. It is worth noting that people have a higher level of intelligence than those infected and may, for example, try to flank the player.

The Last of Us 2 introduces defense dogs, which can attack the player after catching your scent and locating the heroine. It should be noted, however, that killing dogs in the game is optional and it is possible to sneak through locations with dogs.