How to conquer the free world of mobile Elder Scrolls?

Guide to The Elder Scrolls: Blades includes a complete set of practical tips that explain how to fight, how to invest learning points and how to play the game for free without spending even a single dollar. In the character creation chapter we have described all races, spells, skills, perks and abilities of characters. Also, we have prepared a detailed description of in-game equipment. Additionally, you will find a lot of information about the further expansion of the city and artisans in the form of blacksmith, enchanter or alchemist. In the Combat section of our guide, we have described the basics of effective combat and the vulnerabilities of each enemy that can be encountered in the game.

This guide to The Elder Scrolls: Blades is a valuable compendium of knowledge for the new title from Bethesda, which is a free-to-play mobile game. The game does not inform the player about many significant elements of the gameplay. Furthermore the game requires (as any game in the free-to-play model) daily participation and / or spending real money on microtransactions to develop your character much faster. The following tips will significantly save both time and money, increasing your progress and enjoyment of the mobile TES. In further chapters of our guide you can read about chests with random content, microtransactions, mission types and Abyss mode.

The Elder Scrolls: Blades is available in Early Access, and not all gameplay elements have been published yet. Some of existing content can be changed along with more updates. We will keep this guide up to date.

This guide was designed for both novice and experienced players who have completed the story and continue their play to expand the city and are looking for the best possible equipment for their hero. Below you will find various starting tips that provide condensed knowledge about the game. It will undoubtedly be useful from the first minutes of your journey in Tamriel, including the character creation with description of available weapons. 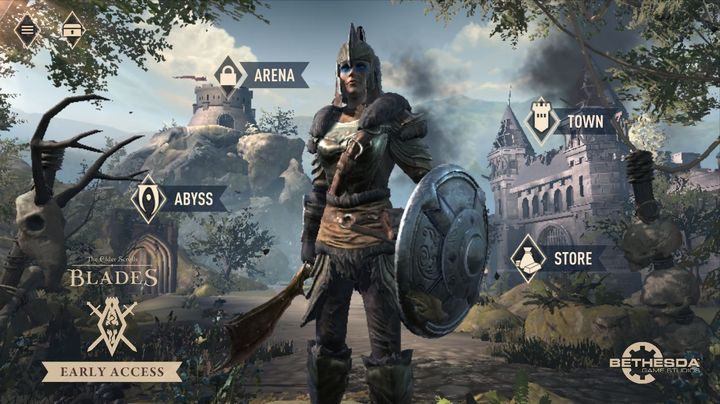 TES: Blades is a role-playing game, and while it's not as complicated as the big hits in the series, we advise you to choose the right character race, weapon type, spells and perks. The last two mentioned you get as a reward during the advancement of your hero. We also focused on the main and side quests missions, challenges and randomly generated dungeons of Abyss mode.

One of the most important elements of the gameplay are chests with random items. We have prepared valuable tips for looting them. Also, we have provided some advice on time management. There is a huge section about micropayments so you won't spend a lot of money on unnecessary things.

You can find more on this site of our guide.

The Elder Scrolls Blades requires a mobile device with iOS (version 11.0 and above) or Android (version 5.1 and above). In practice, it means devices starting from iPhone 6s and SE / Samsung Galaxy S8, Xiaomi Mi 6, Google Pixel 2, Huawei P20, LG V30 or OnePlus 5. The Nintendo Switch version will be released this fall.

About The Elder Scrolls Blades Guide and Tips 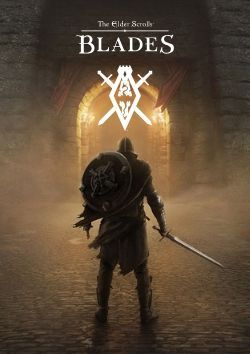 An action role-playing game developed for mobile devices, set in the expansive The Elder Scrolls universe. You play as a secret agent of the Empire, who needs to rebuild a destroyed city by gathering resources, completing quests, and exploring randomly generated dungeons.

The Elder Scrolls: Blades is another installment in the legendary The Elder Scrolls series, this time developed for mobile devices. The developers wanted to recreate the experiences of such games as The Elder Scrolls V: Skyrim on a small smartphone or tablet screen. The game utilizes a free-to-play model with microtransactions and it was produced by American company Bethesda.

The Elder Scrolls: Blades allows you to create your own playable character and develop their abilities as you gain experience. The protagonist is a secret agent of the Empire and belongs to the elite guard known as the Blades. During the game, you fight in an arena, visit randomly generated dungeons and locations, and complete various quests. With the resources you gather, you expand a city, which also serves as your base camp. You can also visit your friends' cities.

The game is a classic FPP role-playing game. You control your character only with the touchscreen interface. By tapping the screen, you choose the direction, and by swiping, you attack with weapons, cast spells, or block. Optionally, you can use virtual analog sticks. Interestingly, you can play the game on both vertical and horizontal screens.