In this chapter you can find the most important information about the character progression system used in The Banner Saga 3. The majority of the progress is done by leveling up your heroes, increasing their stats, unlocking their abilities and giving them Heroic Titles. We also write about artifacts that can increase certain stats of your heroes or even unlock new abilities. 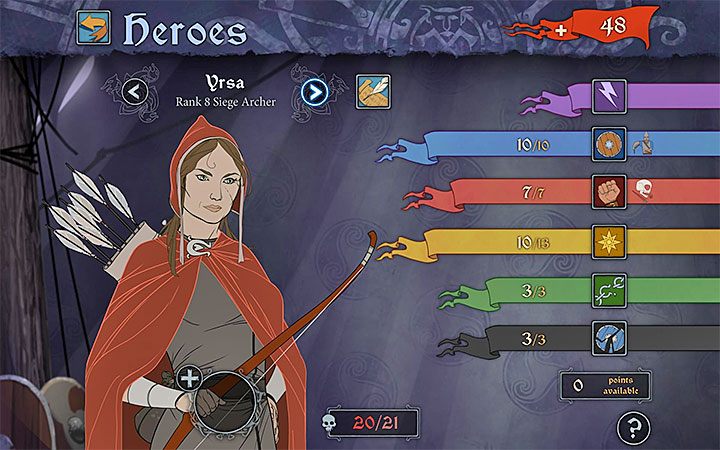 The Banner Saga 3 has the same main stats as the previous games in this series:

Additional Note: Your heroes start The Banner Saga 3 with a high level so their stats should already be well-developed. You can of course develop them even further but don't try to have all the stats on the highest possible level. Some of them aren't that useful for characters with specific specializations. For example, an archer doesn't need to have Armor on the maximum level. 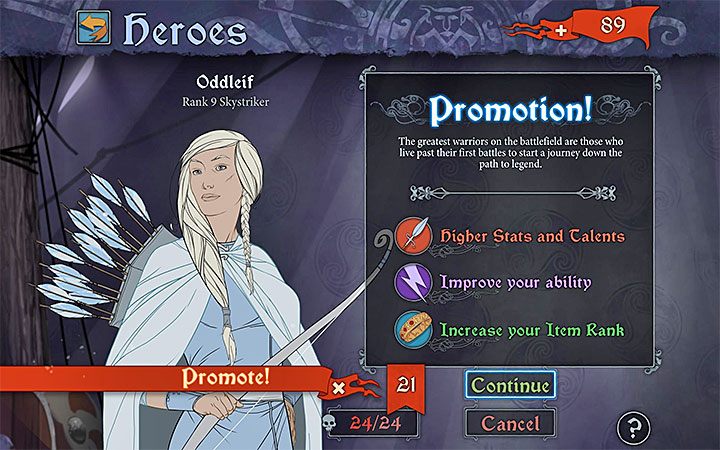 The leveling up mechanism (promoting to new ranks) used in The Banner Saga 3 is the same as the one from the previous games. However, this system is rather unusual. We will only remind you its most important rules: 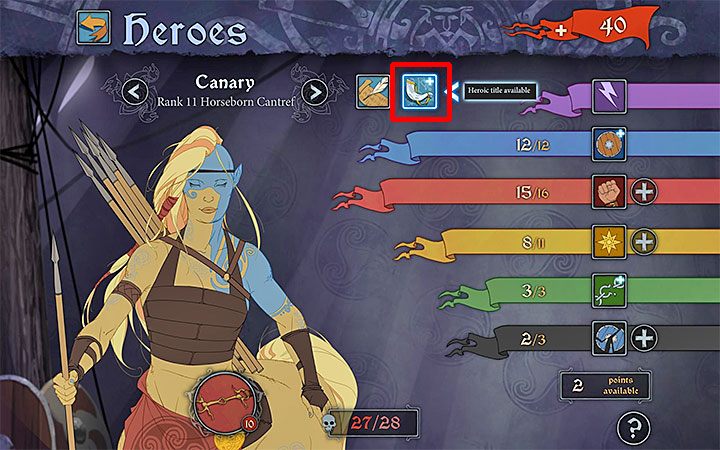 Abilities in The Banner Saga 3 work in the same way as they did in the previous games in this series. You can unlock and develop them when your character reaches a new rank. Active abilities have to be used manually during fights (you use them just like regular attacks). Passive skills don't require your involvement.

Heroic Titles are a new feature found in The Banner Saga 3. You can assign them to your heroes by leveling them enough. Open the character sheet and press the new button displayed in the upper part of the screen located next to the button that shows you information about a hero (see the picture above). 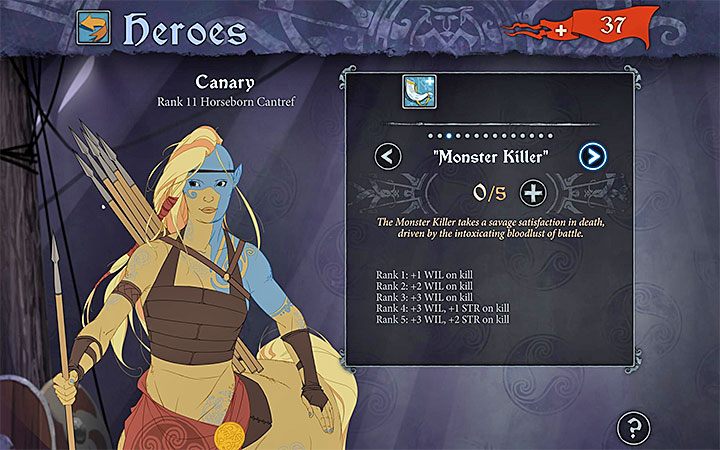 The game offers a few Heroic Titles. Choose the one that will be most suitable for a given character. For example, a Varl can gain a lot if you choose a title that increases his strength; a fighter with a shield can make a good use of a title that grants him a bonus when he is standing near other party members. A hero can have only one Heroic Title - choose wisely.

Each Title has a few unlockable levels (ranks). You get them by spending renown points - each new rank is more expensive. You should start with unlocking 2 or 3 levels. The rest of the levels should be unlocked once you level up all the most important party members and you deal with all situations that require you to spend renown points (e.g. purchasing supplies). 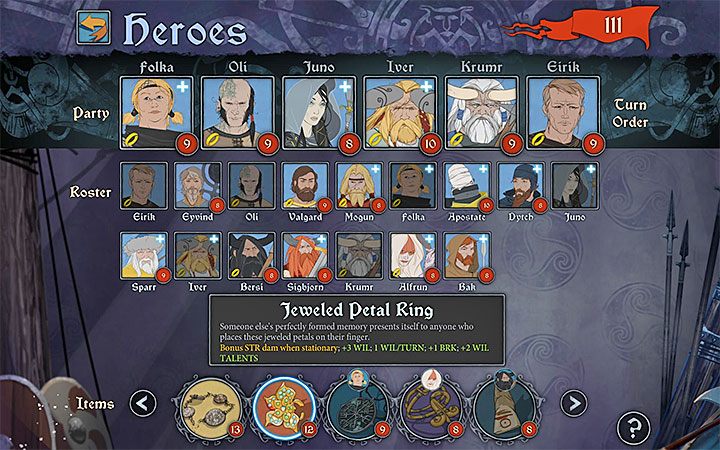 Artifacts are still available in The Banner Saga 3. They work in the same way as they did in the previous games - each hero can use only one artifact. Don't assign these items randomly. Always read their descriptions and then give them to heroes that need them most. For example, an artifact that increases strength or gives a new offensive skill should be assigned to a fighter.

Artifacts can be bought in markets. However, doing that isn't recommended. The game gives you the option to transfer artifacts obtained in the previous games. On top of that, The Banner Saga 3 rewards you with even more items than before. They can be received by choosing certain dialog options or by having conversations with characters. Check our walkthrough if you need information on when you can get these artifacts.

Winning battles that feature waves of enemies is a new way of acquiring artifacts. Defeat enemies from all waves to receive a new item that will be useful to your most important characters. 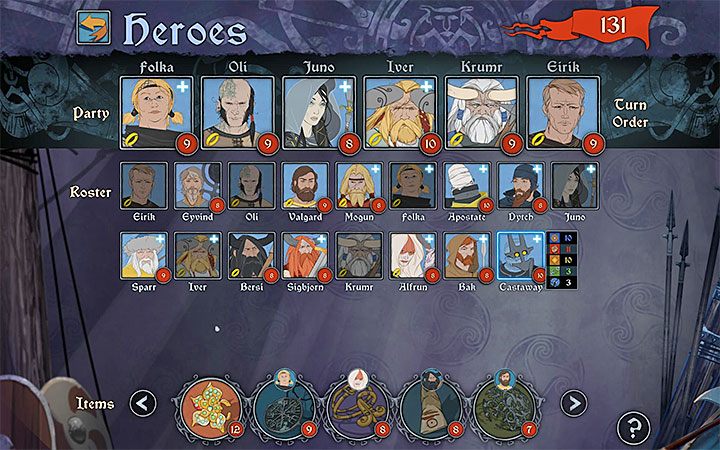 Just like in the previous games, The Banner Saga 3 allows you to have six characters in your party. You can almost always choose your line-up which is very important. Try to have a diverse party - you should command Varl, fighters and at least one archer. The Banner Saga 3 features new units - Dredges. They are definitely worth recruiting but you should learn about their abilities and test them out in a less challenging battle before you decide to add them to your party.

The developers didn't make any changes to the injury system. Your heroes can receive them when they get knocked down on a battlefield, that is when enemies manage to deplete their Strength points (health). An injured character needs a few days to heal (this time gets extended when you play on hard difficulty level). Try to avoid these situations, especially when you have a chapter that requires you to participate in a series of fights. If most of your main heroes get injured, you can be forced to use weaker characters or you can even have problems with having a full party.

Additional Note: We want to remind you again that you can level up only those characters who participate in fights. Because of that you should change your line-up from time to time. Otherwise, you can be in serious trouble when one of your more important characters gets injured and you replace them with a weaker hero.