This unofficial guide for The Banner Saga 3 offers a complete set of information and tips that will help you to reach the game's finale. The guide opens with the page dedicated to various tips for the basic gameplay mechanics. It hasn't changed much since the previous entries, however, we still want to remind you how to win battles played in the turn-based system, how to manage your caravan, how to develop the heroes, how to keep the morale at a high level or how to defeat more challenging enemies. The guide ends with the list of the achievements. Besides their full list along with the requirements, we have also added our commentary on how to unlock them.

The walkthrough for all the chapters is the most important part of the guide. We focus mainly on decisions and their consequences as well as on challenging fights. Many of the fights in The Banner Saga 3 have unique rules and features (e.g. obstacles on a battlefield or a possibility of enemy reinforcements). Our guide warns you about these hindrances and gives you tips on how to deal with them. The walkthrough also contains descriptions of the minor events that can happen during your journey. Another part of the guide is dedicated to available endings.

The Banner Saga 3 is the final part of the saga created by Stoic studio. Once again, the game takes place in a world covered in ice inspired by the Nordic mythology. Your objective is to command a caravan that travels through this world. You have to take care of your members by solving problems and arguments as well as to keep your supplies and morale at a sufficient level. You also have to participate in numerous turn-based battles. These fights are an important part of the game - they require you to give correct orders, make the best use of the abilities of your warriors and to deal with numerous adversities.

Important information regarding the walkthrough in this guide

The Banner Saga 3 offers you an option to import saves from the previous games. The main reason for that is to keep your progress, heroes and decisions from both the first and the second The Banner Saga game. Some of the scenes described in this guide may differ from your campaign. This can be caused by your choices made in the previous games. For this guide we have opted for the most neutral variant - the walkthrough is based on a "clear" save. This option is available to those who don't have their old saves.

Once again, the campaign in The Banner Saga 3 is non-linear. We tried to describe all the choices as thoroughly as possible. However, you have to remember that some of the additional events (e.g. having a problem with something or encountering people during your journey) are random. This means that, e.g. they can trigger in different moments of the game. Don't worry if you still haven't unlocked a particular scene. There is a chance that you can activate it in the later parts of the game.

Controls in The Banner Saga 3

The controls in The Banner Saga 3 are rather unusual. The game doesn't have a standard set of keys because all actions can be done with only a mouse. You can use it to control your units on a battlefield, select dialog lines, set your party or unlock new abilities.

Besides the mouse, you can also use the following keys:

The Banner Saga 3 on PC supports gamepads. You can use it instead of a mouse.

The game requires 2GB RAM but the developers recommend 4GB. The game also needs about 6GB of HDD space.

The Banner Saga 3 doesn't feature any graphics options. You can't even change the resolution - it is adjusted automatically to your current resolution. The only available option allows you to play the game in windowed or full-screen mode.

During our work on this guide we didn't come across any problems with the game.

Importing saves from The Banner Saga 1 and 2 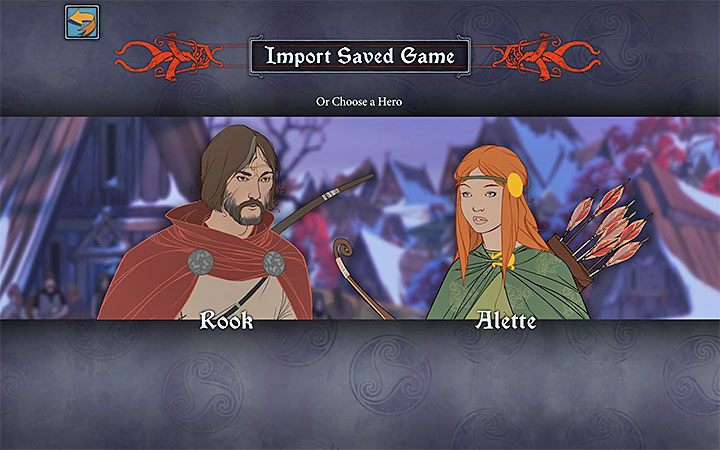 You can import saves right after starting the campaign in The Banner Saga 3 - right after you see the screen presented above. The game will search for all saves on your disk drive. If you don't have any saves then you will have to create a "clean" save. The only choice you have to make is to decide about the leader of the caravan - Rook or Alette. The rest is predetermined by the game and you can't change anything.

Which difficulty level should I choose? 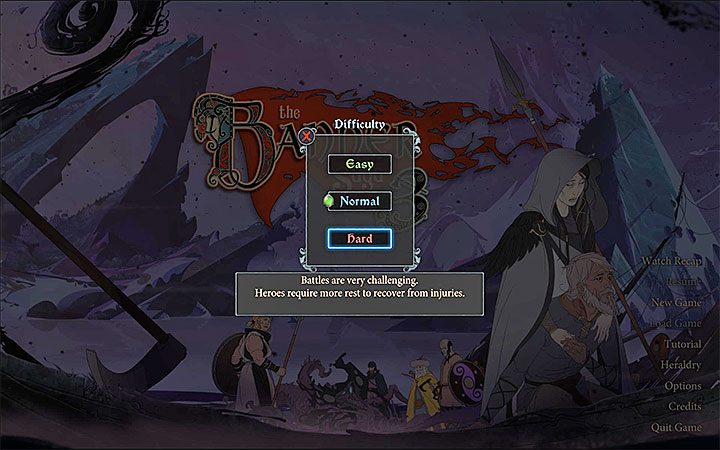 The difficulty level can be changed before starting the campaign AND after (whenever you want to). The second option is especially useful when you stumble across particularly tough opponents or a boss who is simply too difficult for you.

We recommend the normal difficulty level for your first playthrough. Playing the tutorial, available in the main menu, can also help you.

About The Banner Saga 3 Game Guide

More About The Banner Saga 3

The best of crowdfunding  what's interesting on Kickstarter these days

The glory days of crowdfunding are a thing of the past  which doesnt mean that nobodys willing to help fund ambitious undertakings anymore. Heres a selection of the most interesting crowdfunding projects of the last several months.