On this page of our game guide to Marvel's Avengers you can find a detailed description of the fourth mission of the story campaign. During this mission you will learn how to efficiently traverse the in-game world by using long jumps and by grabbing the edges of cliffs. Also, you will encounter new types of enemies

Search for signs of the Resistance

After the events which took part on the East Coast, Kamala managed to escape the AIM forces and made it to the Utah desert in order to meet the Inhumans resistance. 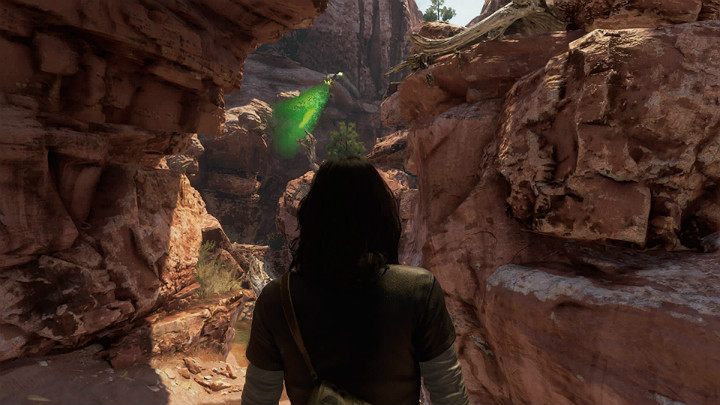 Keep walking through the ravine. At some point Kamala realizes that AIM is already here and is probably also looking for a resistance hideout. Go through the gap in the rock and continue straight ahead. 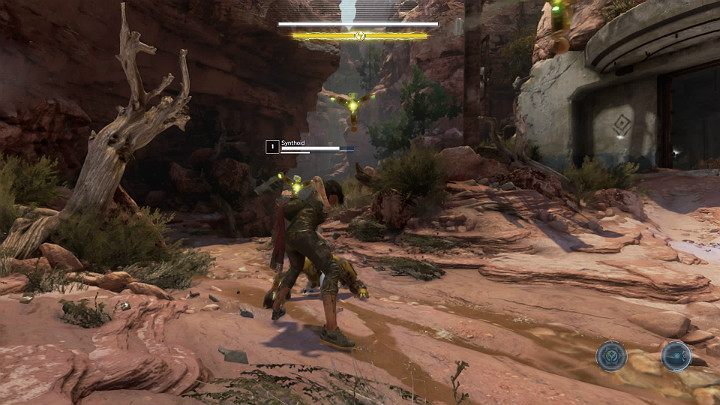 After you slip off a cliff, you'll be attacked by a small AIM unit that is quite easy to defeat. Drones will also be present among the attackers. Thus, be careful, as these enemies may cause some trouble.

After the fight you will notice that there are ruins of the Resistance base on the right. Therefore, you will have to look elsewhere for answers to your questions. Keep moving forward. 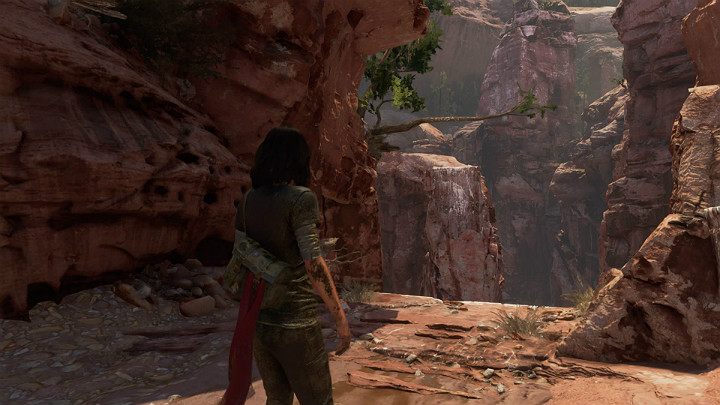 After you reach the chasm you will have to grab a branch to jump to the other side. Keep moving forward and overcome more obstacles. 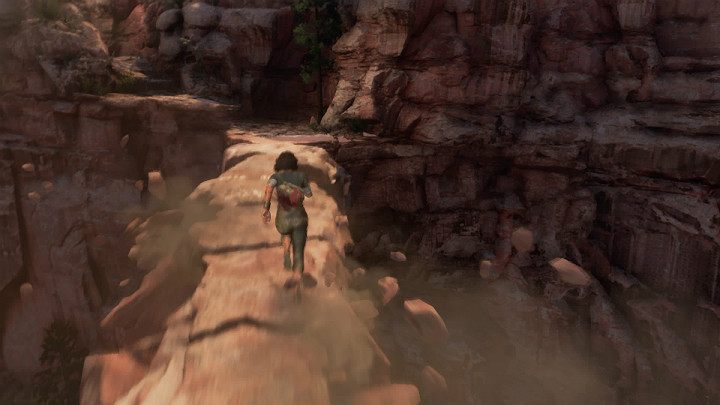 At some point a narrow rock ledge will start to collapse under your feet. You will have to use a sprint and then make a long jump to survive this event. 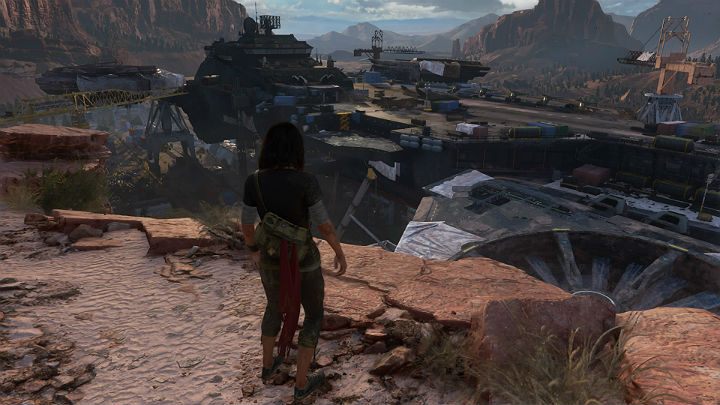 As you continue straight ahead, you will reach the vantage point and notice a large ship, the Chimera. You've just found the Resistance base, but to get there you have to run around the gorge. Follow a narrow path on the left. In order to jump over the chasms you have to run-up a bit before performing each leap. 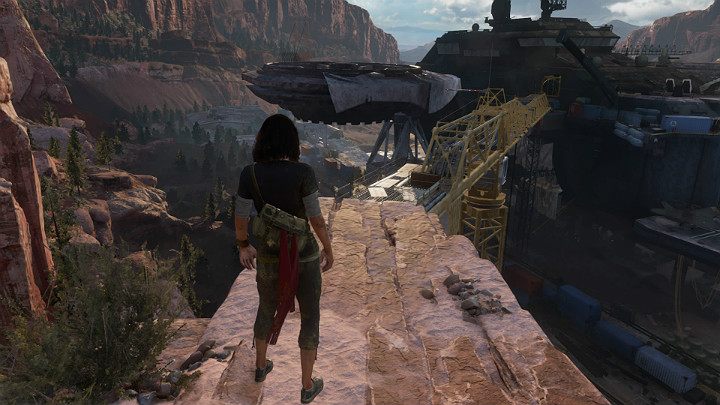 Now you have to complete a short arcade sequence to get to the ship. Jump between the next obstacles until you reach your destination.

Search the Chimera for signs of Resistance

After finding the ship, which serves as the hideout for the Resistance, you must find the signs of their presence. Jump to the upper level available on the left and go straight ahead into the left corridor. 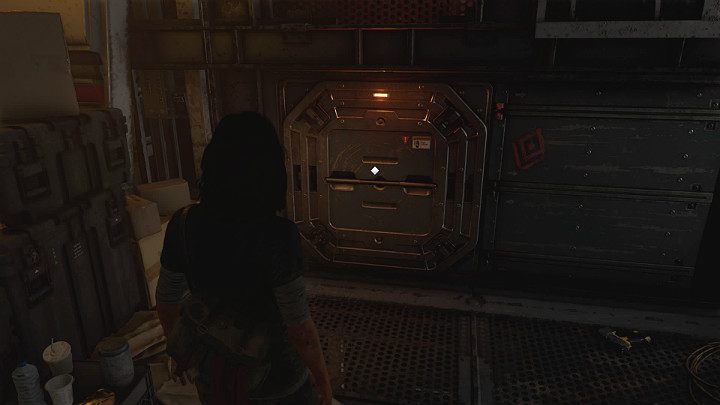 You'll get to the hatch that you need to open. Then climb the ladder to get to the upper level of the ship. 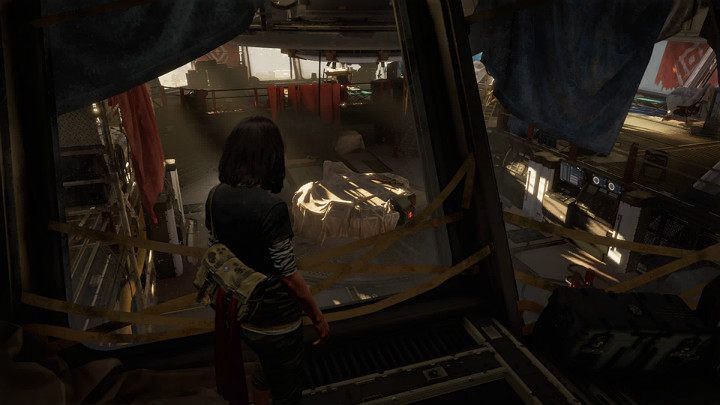 You'll reach the command deck. Look around and explore the area. Collect the available resources and interact with all highlighted items. 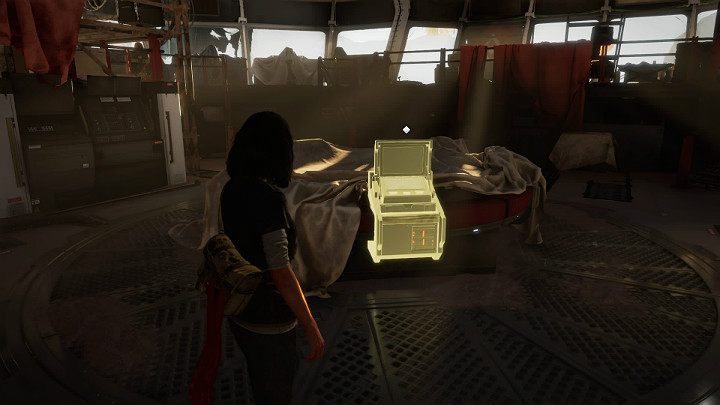 Approach the computer and try to activate it. Unfortunately, something goes wrong and the power goes out. You need to restore the power. 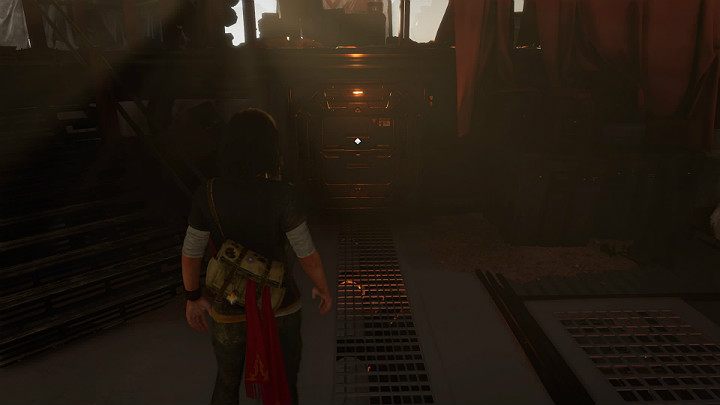 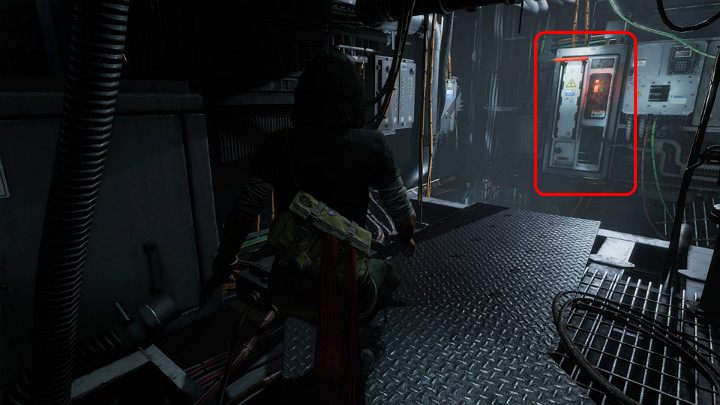 Aim at the red lever, then try to grab it in order to restore power. Unfortunately, the lever can't handle Kamala's weight and your heroine will fall to the lower deck of the ship.

Get back up to the command deck

After you land on the lower deck of the Chimera ship you will hear a strange metallic sound and feel like the ship has started moving. Keep moving forward. 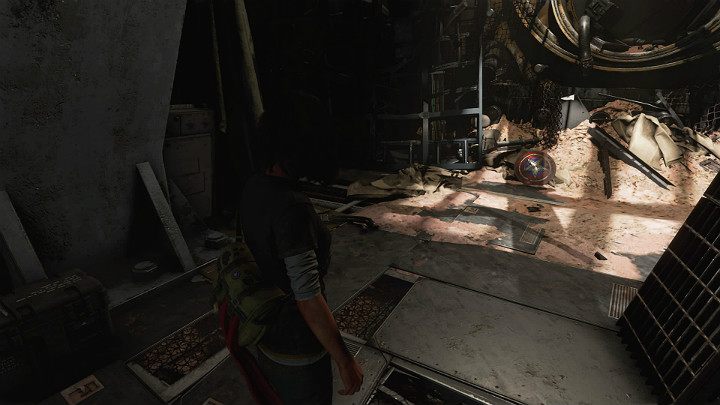 You'll reach a place with shield of Captain America. After a short while, you will hear a strange sound. An enraged Hulk will appear in front of you. Start running away! 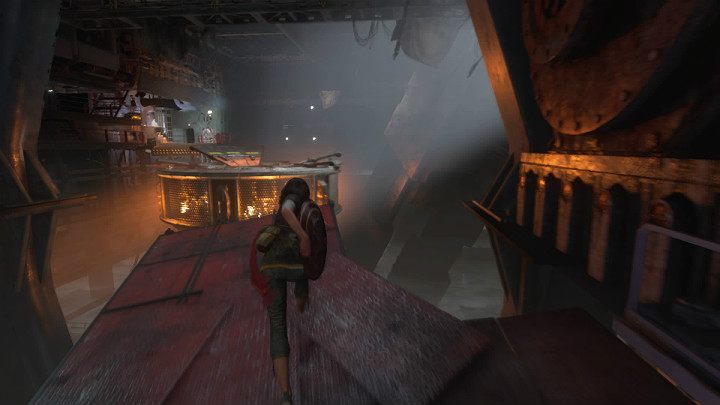 While escaping from Hulk you will have to run ahead (use sprint) and jump from platform to platform, as well as climb to higher levels of the ship. 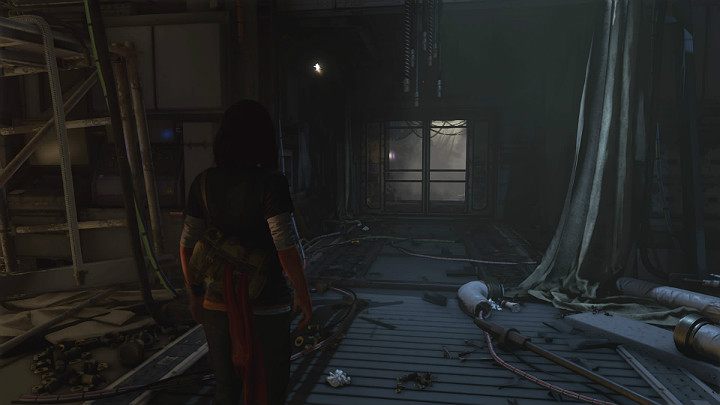 The first encounter with one of Kamala's idols surely didn't turn out as amazing as she had imagined it. Continue your journey to the command deck. Go right and break the wall, then turn right and break through another door. 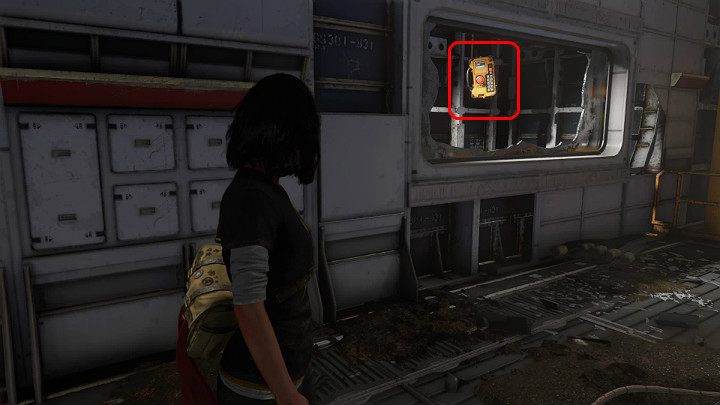 You will reach the dangling control console which has a one large red button. Activate the button by using a single punch. Jump up to the next level and break through the next door. 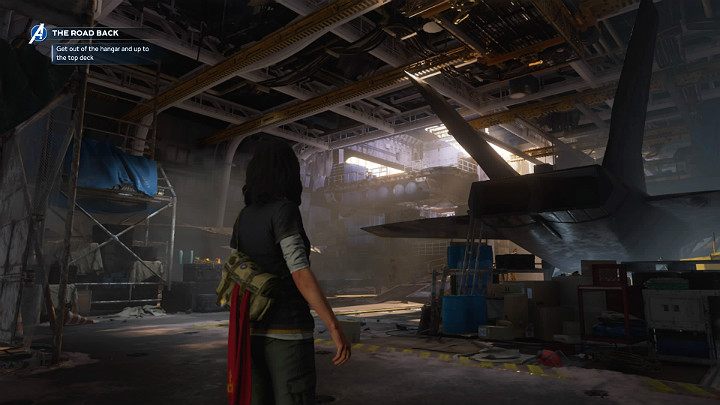 You will reach a huge hangar. Explore the place thoroughly, because you can find some resources and other items here. Don't forget to look under one of the aircraft. You'll find a chest on the lower level. 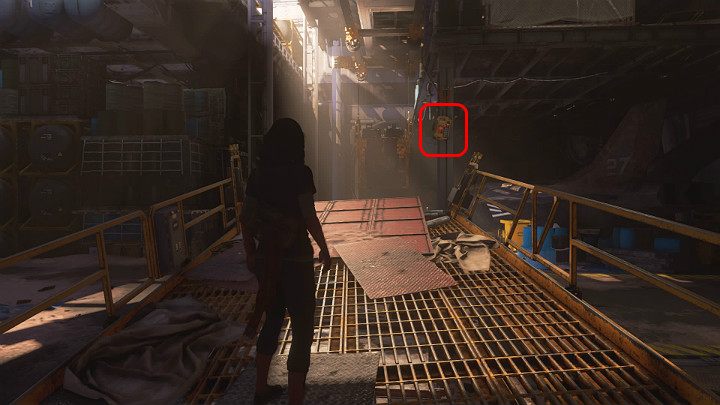 Once you've collected all the items, climb onto the metal platform and press the button on the control console to summon the crane. 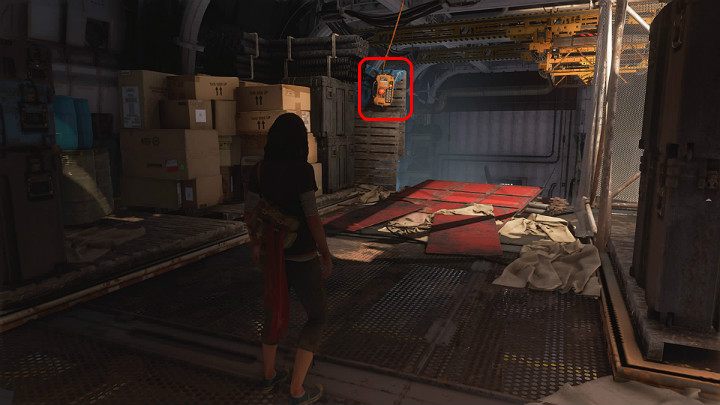 Jump higher, locate the next control console, and activate the next sliding platform to jump to the other side of that location. 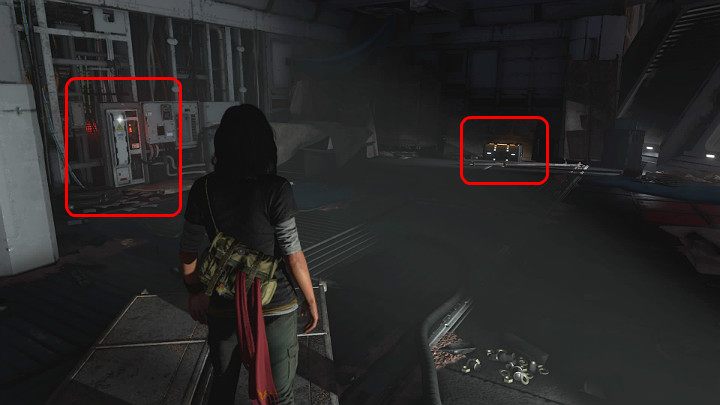 Go to the dashboard on the left and try to activate it. You'll find out that one part is missing. Open the loot chest to gain some valuable pieces of armor. You will also find the missing part and be able to start the device. 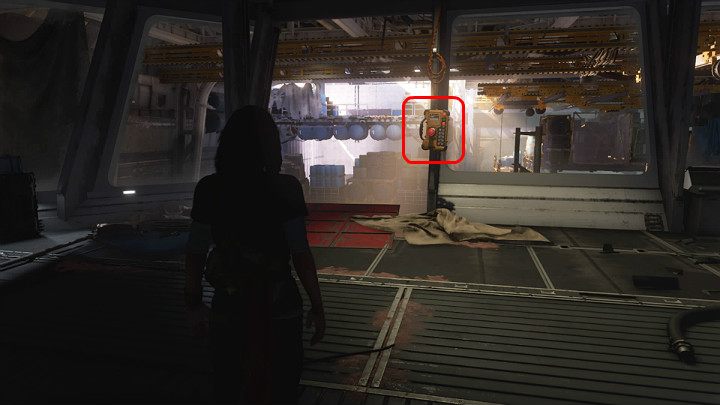 Activate the button on the console to move the platform, then use it to jump to the other side of the ship. 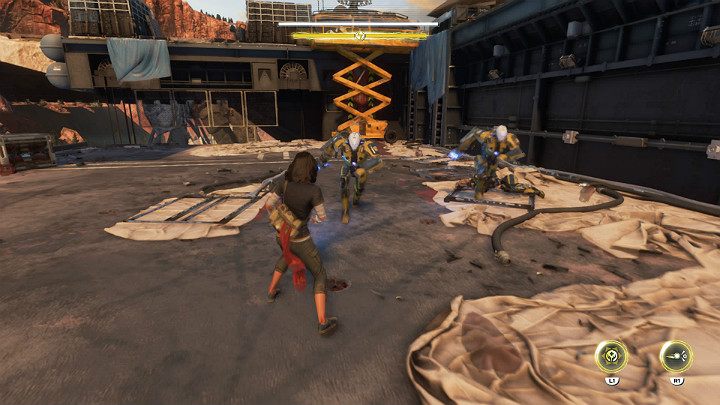 Once you enter the upper deck of the Chimera, you will be attacked by a small squad of AIM soldiers. Deal with your opponents quickly. 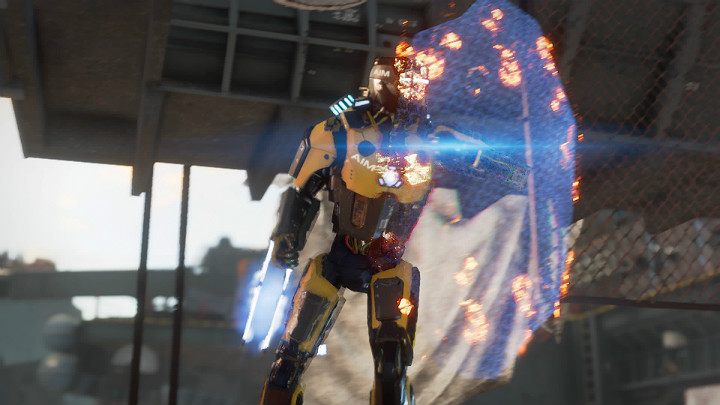 You'll have to fight a slightly stronger opponent. Thanks to the short tutorial you will learn how to avoid attacks which cannot be blocked as well as how to defeat opponents with energy shields. After the battle is over, jump to the upper level of the upper deck. 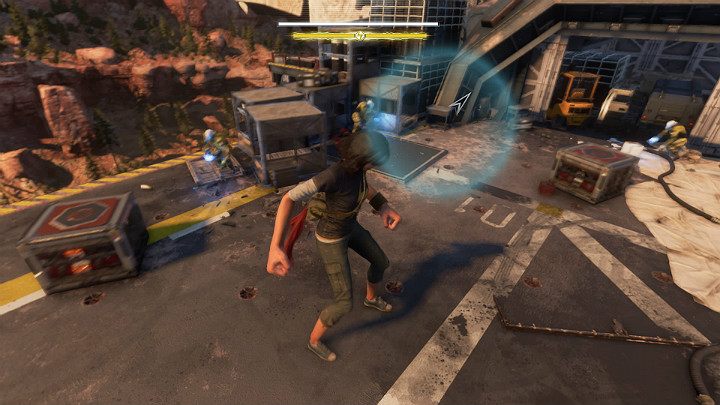 You'll be attacked by another AIM squad. Wipe them out, all of them. During combat, you will learn how to use the Polymorph heroic ability. By using this super skill, you can easily defeat all enemies. 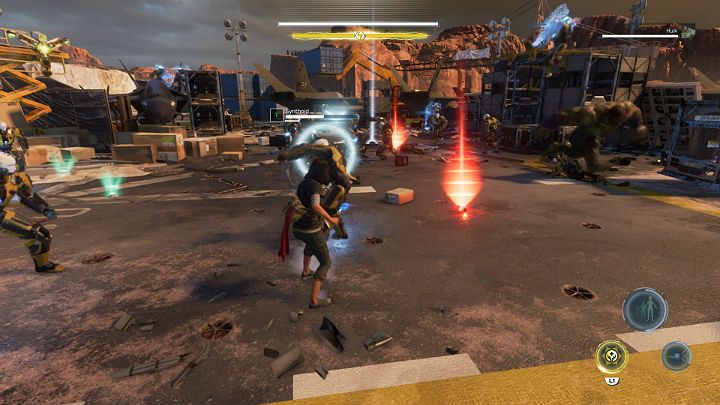 After some time, more enemies will arrive. However, Hulk will join the battle against AIM. Once you use the Polymorph heroic ability again, Kamala will lose consciousness. This stage of the campaign will be over.