In this chapter of our Marvel's Avengers game guide, you can find out how to activate the secret vault mission in the game, that is, the Snowy Tundra Vault mission and how to complete this task.

During the beta of Marvel's Avengers, players have the opportunity to unlock a secret vault mission that takes place in a snowy tundra region - Secret Snowy Tundra Vault mission. It is a long mission in which players have an opportunity to complete multiple side objectives, open several DNA Chests, and fight for access to the SHIELD vault in which valuable loot is hidden. Below, we have described in detail how to unlock the secret mission in Marvel's Avengers beta and how to complete it.

Snowy Tundra Vault - how to unlock?

If you want to unlock the Snowy Tundra region and the Snowy Tundra Vault mission you will first have to start another mission - Stark Realities (the difficulty level of the mission does not matter). It should be noted here that you do not have to complete it at all - once you have obtained the required item you can return to the Quinjet and immediately proceed to the secret stage. 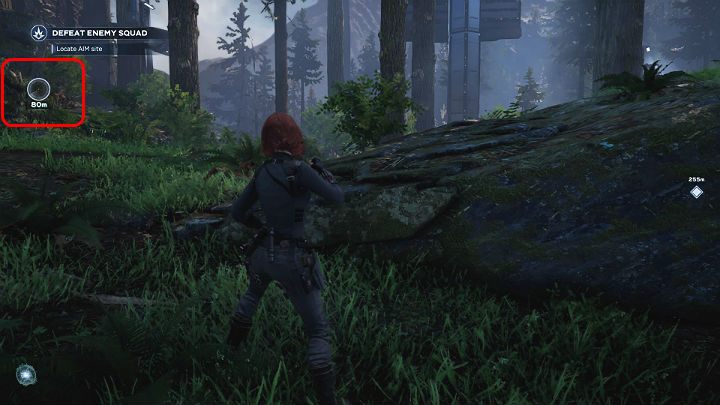 When you land in the area of the map, head straight to the left through the forest. During exploration, you may be attacked by 2-3 enemy groups, but they should not cause you any problems. At some point, a radar will appear in the top left corner of the screen, indicating the distance between you and your target - an underground SHIELD bunker. Just go in the right direction until you get there. 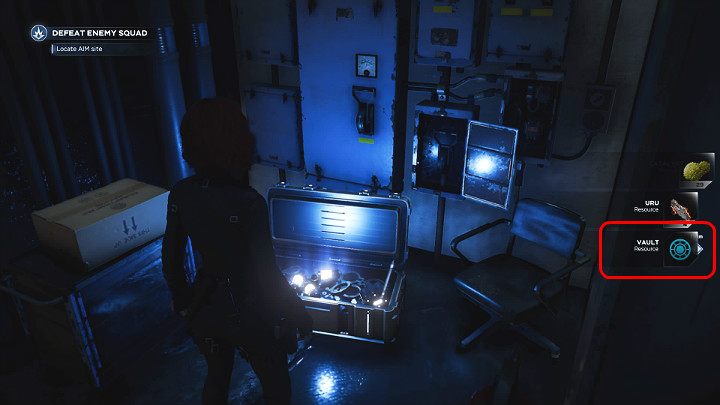 Underground you will find two chests. In one of them you will find standard equipment, and in the other one (Silver) a special resource called Vault. The latter item unlocks the additional region of Snowy Tundra on the strategy table and the mission of the Snowy Tundra Vault. 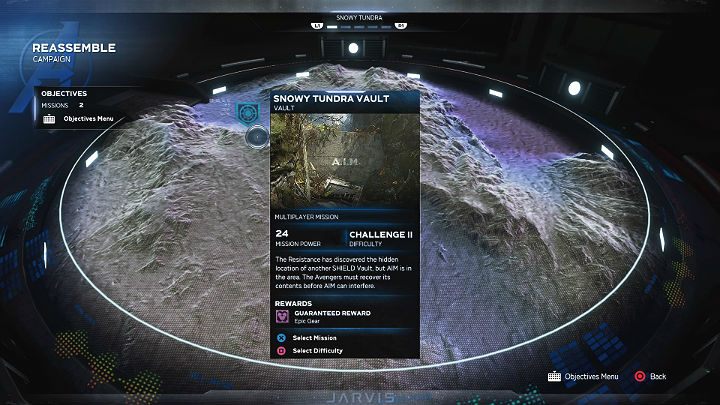 When you turn on the Strategy Table View you will notice a new unlocked region - the Snowy Tundra. The Snowy Tundra Vault mission will be available. This region is not visible on the main screen of the strategy table and to get there you will have to click on the little plus icon at the right edge of the strategy map or move it manually.

Before you start the Snowy Tundra Vault mission it's worth to get at least two DNA Keys. During the exploration you will come across two DNA Chests in which you can find some top-class items. If you don't know how to farm and acquire DNA Keys, then you can find the relevant information on a separate page of this guide in the FAQ section.

Snowy Tundra Vault - how to complete this mission?

The main objective of the Snowy Tundra Vault mission in Marvel's Avengers is to locate and open one of the SHIELD's hidden bunkers. You have to overcome its defensive systems and open it before AIM does so. Before entering the bunker, it is worth completing all side tasks: eliminating the elite AIM squad, rescuing SHIELD members, opening the warehouses, etc. During the exploration, you will find many resources, equipment chests, and special DNA Chests that can be opened with a DNA Key. 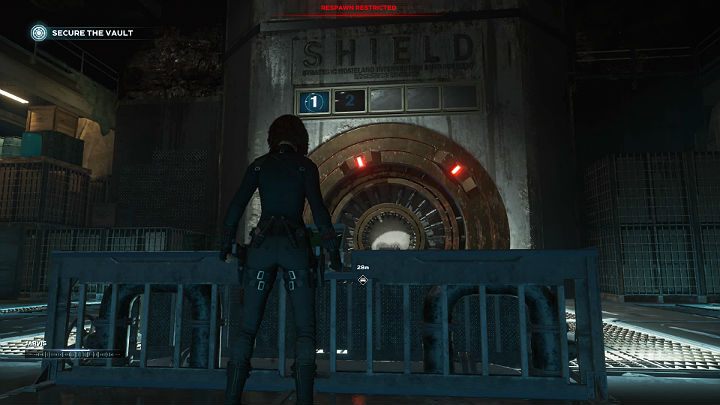 Once you've completed all side objectives, you may go underground and approach the locked vault. There are recesses on the sides of this room with terminals that will have to be taken over in the right order. On one side of the hall are Terminals 1 and 3, and on the other side are Terminals 2 and 4. Terminal 5 is located in a central hall with the vault just behind one of the pillars. The main task of the Snowy Tundra Vault mission is activated from the console, which you will find opposite the round door. When the device is activated, numbers will appear above the vault door - they correspond to the numbers of terminals that have to be intercepted. 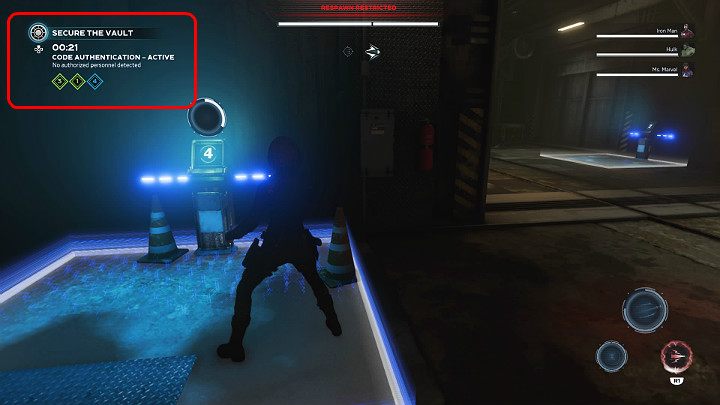 The opening of the SHIELD vault was divided into 3 phases. In the first phase you will have to intercept two terminals, in the second phase three terminals, and in the last phase you have to take over as many as four terminals. The terminals should be taken over in the sequence shown above the vault door, which is also displayed in the upper left corner of the screen. You have a certain amount of time to take over each point, so you have to hurry, especially since you will be constantly attacked by your opponents. 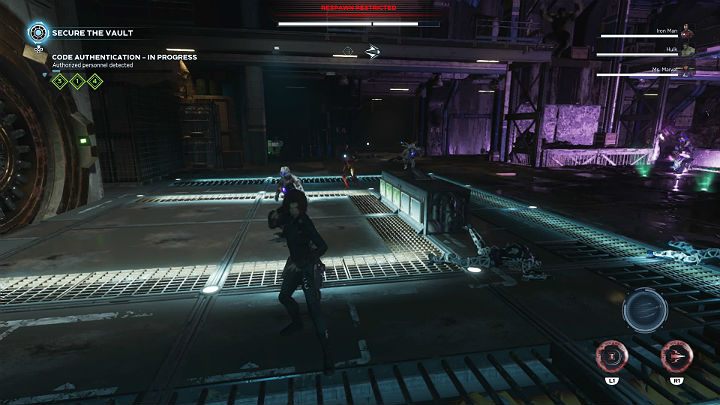 After each completed phase of capturing a terminal, the vault access code authorization phase will begin. During this time you have to stay in the area marked by a bright light and wait until the authorization process is completed. If you move away from this area it will be immediately indicated by a red alarm and you have a certain amount of time to return to the right place. 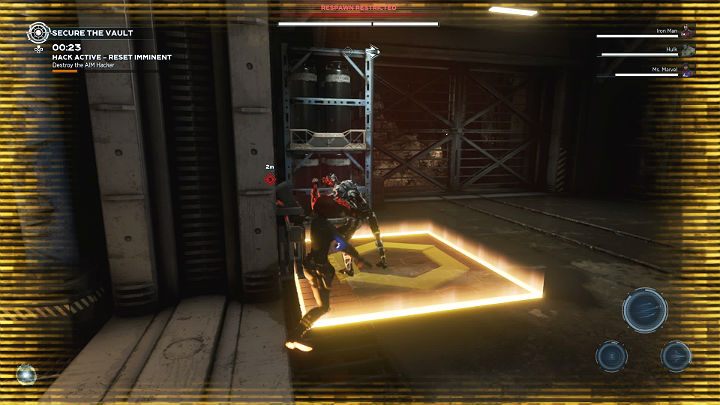 During the authorization of the SHIELD vault access code the terminals you have already captured will be attacked by AIM hackers. As soon as any of the hackers appears on the map, you will be immediately informed by Jarvis. Then look for a red rhombus icon with a digit in the middle that will reveal a hacker attack. You have a certain amount of time to interrupt the hacker and then you have to go back to the vault gate and complete the process of authorizing the access code. 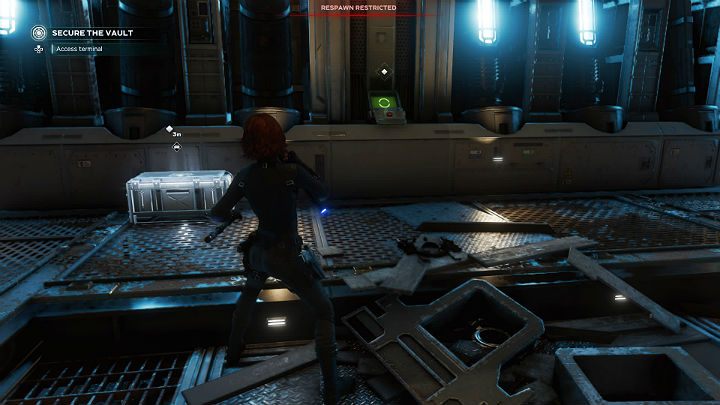 Once you get through all three phases of authorization process, the doors to the SHIELD vault will open in front of you! When you get inside, make sure you've collected all the resources and opened the final silver chest. Press the red button on the back wall of the room to complete the mission.

After you complete the Snowy Tundra Vault mission you will receive an epic item, as well as some resources. It should be noted here that the region of Snowy Tundra will once again disappear from your strategy table. This means that you will need to unlock it again to get a chance of opening the SHIELD vault again.