On this page of the guide, we answer whether it's possible to die in Stray. This might be important if you're worried about the cat you're controlling dying unexpectedly. We also explain what happens when the animal you're controlling meets its unfortunate end.

Situations that could result in the cat's death 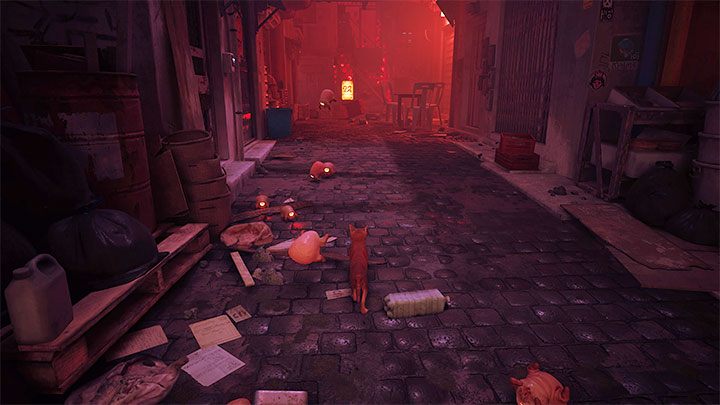 The most common threat to your cat are the zurks - they are small, bloodthirsty monsters that you will encounter several times during the game. They try to latch onto the animal you're controlling to start sucking out its life force. You might die if you don't manage to throw them off quickly enough or if too many zurks grab onto you at the same time. You have to succesfully escape all the encounters with the zurks, keeping them at a distance and avoiding their jumps in close confrontations. 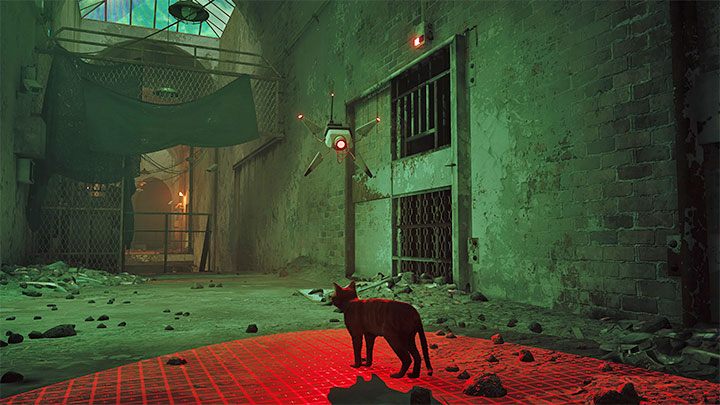 Later in the game, you will also have to face Sentinels, i.e. flying drones. These machines can levitate in place, rotate and patrol the area (they have a predetermined route). Since the sentinels display the area they're current scanning, it makes them easier to avoid. Use this to your advantage to sneak past them when it's safe.

When the Sentinel detects you, it will turn red, indicating that it's in an alarmed state. It will then try to shoot you down. If you want to stay alive, you have to run in a zigzag pattern, disappear from the machine's sight and hide (e.g. behind cover or in a cardboard box). In a few cases, alerting the Sentinel may be necessary to solve a puzzle. 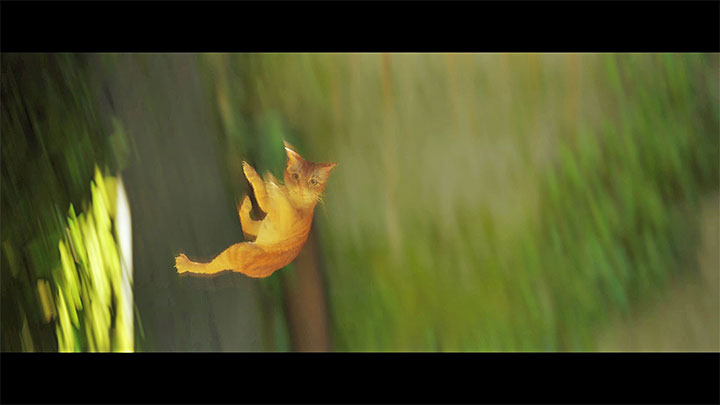 In this game, you won't risk death by falling from great heights. This is because the game forces you to select a destination for each jump. If a given ledge or the ground is too far away, you simply won't be able to jump.

In various cutscenes, your cat will fall from a considerable height, and after each of these falls, it will need some time to recover before it can stop limping and walking slowly. These are pre-programmed story moments that can't be avoided and pose no danger of death. The cat will recover over time, and you won't be required to find a way to heal its wounds.

Death and resuming the game 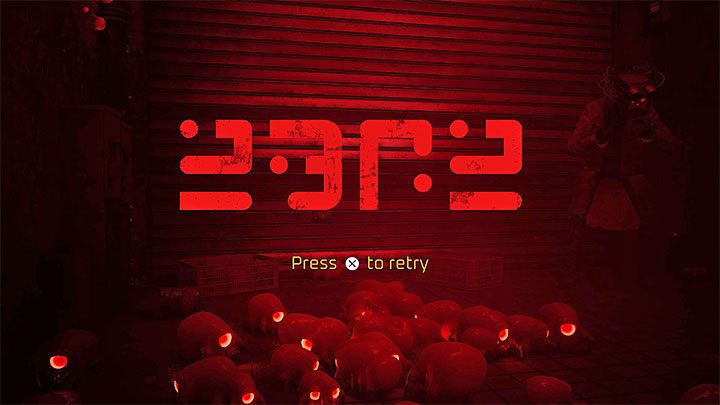 When the animal dies, the Game Over screen will be displayed. Fortunately, dying in Stray doesn't carry any serious or permanent consequences. You will immediately be given the option to resume the game from the last checkpoint. The game saves automatically, and it will always save at the start of a chase sequence or after entering an area with zurks. This means that you never have to worry about losing a significant amount of progress.