This page of the guide to Steelrising has a strategy for defeating the mini-boss Unstable Frost Acolyte. You will learn here about its attacks. 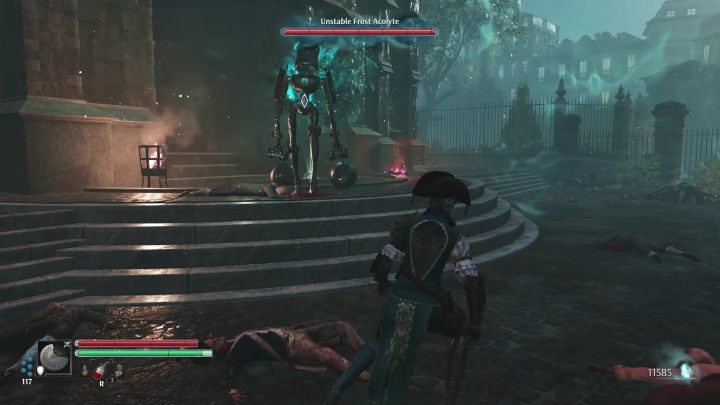 The Unstable Frost Acolyte has similar attacks as the Assault Acolyte (we describe it on a separate page of the guide in the Opponents section). It can twist the incense sticks around, slam them against the ground, or grab you with them. In addition to these moves, however, it also has several new "tricks". It can jump high in the air to perform a dodge. In addition, it can turn into a cannon and shoot straight. Of course - as the name suggests - it has frost alchemical powers.

Despite its great strength, a Frost Acolyte's weakness is how long it needs to recover after an attack. The pauses between each strike are a good opportunity for you to attack a few times. In addition, the creature is defenseless when it turns into a cannon. Just get out of its line of fire and then attack.

You can also use grenades - fire and explosive grenades should help you considerably.