Titans are the strongest opponents in the game. Therefore, you should prepare to fight them. This page of the Steelrising guide will tell you how to defeat The Alchemist of Luxembourg boss. 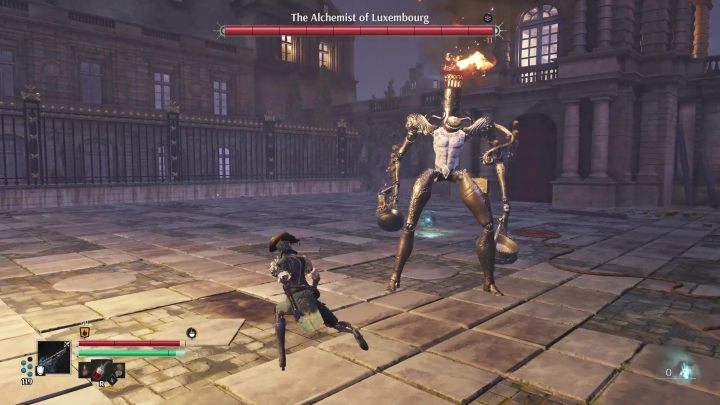 The Alchemist of Luxembourg is deadly at long range even in its first phase. It can throw incendiary projectiles and launch itself in your direction.

As for melee combat, the boss uses its cauldron to perform wide attacks and precise ground strikes. It can also charge its "mace" with electricity. In case you get too close, it can jump back in a flash and throw a smoke bomb. In addition, it attacks with its foot. 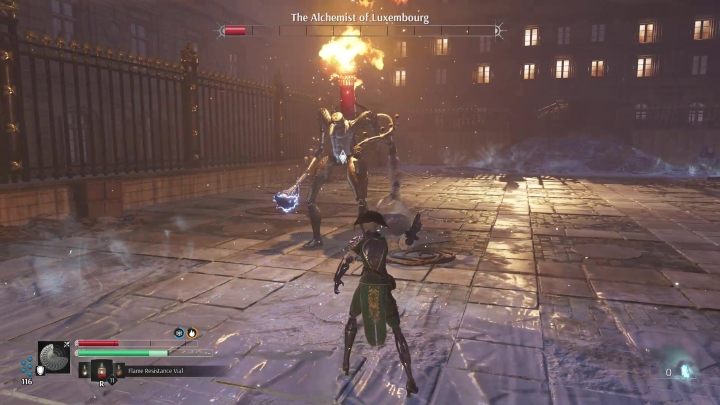 In phase 2, the boss begins to use its alchemical skills more often. It can emit a wave of flames all around it. In addition, the boss is able to shoot electricity in front of it. It also occasionally releases a blue mist from the cauldron, which is probably related to the ice, but we have not been able to experience/see its effects.

Fight this Titan at medium/close range. The best way is to run up to the opponent, then jump away and watch its reaction. Of course, the safest place to attack is the side and back of the boss.

While preparing, you should take a flame resistance vial. You can also use grenades.