It is the first stronger opponent that will stand in your way. On this page of the Steelrising guide, you will learn who the Unstable Lancer mini-boss is and how to defeat it. 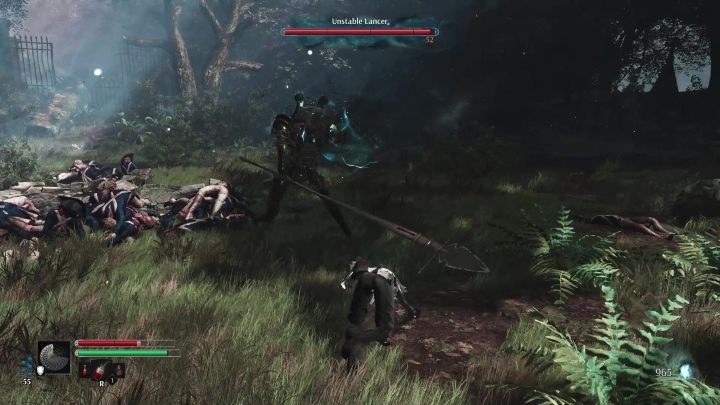 The basic attack of this boss is a forward spear sweep. This move also has its stronger version - a thrust. However, these attacks are easily avoided by running to the side or behind the enemy's back.

If you are hit, you can jump away from Lancer and heal yourself - the opponent is not one of the fastest. You have to be careful, however, as he also has a hand cannon and will fire it shortly after you run away. However, it has a long reload time. 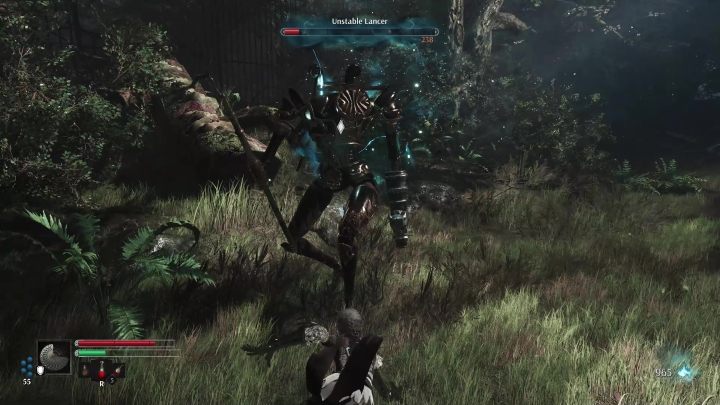 As the Unstable Lancer only attacks forward, it is best to stay to the side or behind his back. Alternatively, run up, deal 1 or 2 attacks, and then jump away.

If your health drops, you can simply start running around the arena waiting to be healed. The opponent can only shoot at you. However, it is not very threatening. Admittedly, the shot is painful, but if you keep moving, there's a good chance the boss won't hit you.

Immediately after defeating this mini-boss, you will be attacked by a prototype. Don't let your guard down!