Magic Crafters is the third home location visited in Spyro the Dragon. As in the previous case, the location includes 1"flying" level, 2 standard levels, and 1 boss level. The following chapter contains a walkthrough of the location.

Completing Magic Crafters in 100% will require you to complete the following things:

You start the game on a pier that leads to a cave. Here you will find the first dragon to be saved. Going further, you will find yourself at a fork. That's where the first egg thief is located. You have to catch him on this corner. Otherwise he will jump onto an inaccessible rock shelf 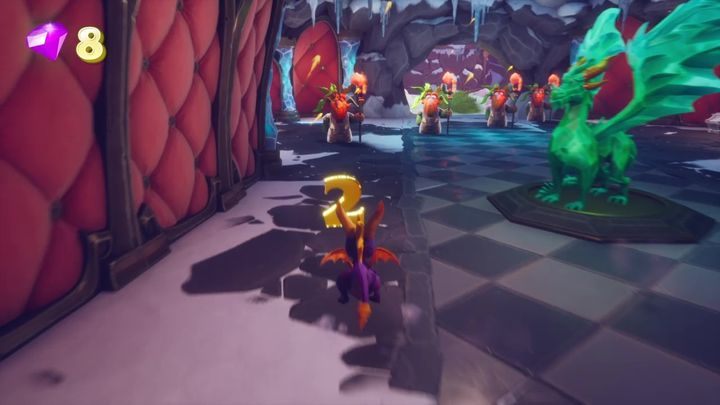 Going the other way you will come across four druids. They wear steel coats, so they can only be eliminated by using the charge. After defeating the druids you can gather all the crystals in the cave.

After leaving the cave, go left. There you will find druids and their green counterparts. You have to hurry up, because the green druids throw spells that carry them into the air. It may be impossible to defeat them without using charge. 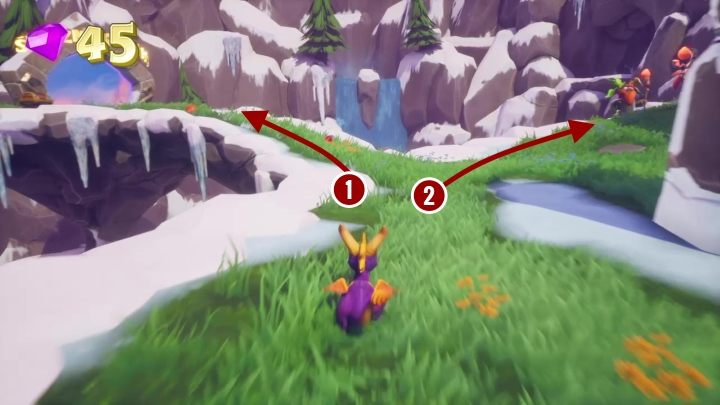 From here you can go in two directions. If you turn left, you will reach Alpine Ridge [1]. If you turn right [2], you will reach a passage leading to upper parts of the current level. It is guarded by druids. Beat them and you will reach a small clearing. You'll find an egg thief running around it. After you catch the thief, jump on a small island. Defeat the druid there and collect the crystals.

Then head towards the tunnel. It is guarded by two standard issue druids and one green one. The latter will block the passage. Nearby there is a path that leads to High Caves. Use it as a ramp to gain speed and run into the cave before the druid closes the gate. 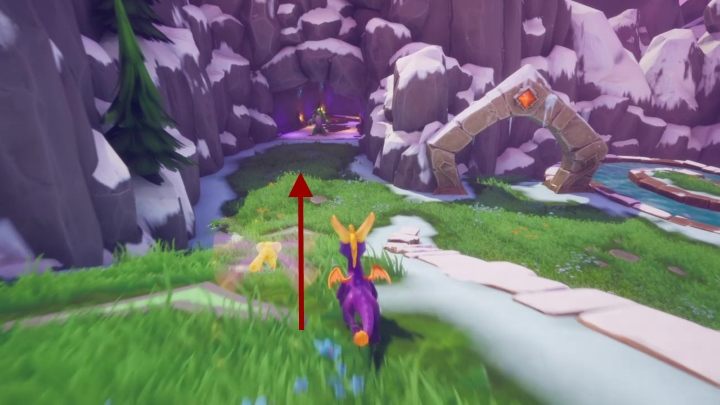 The cave leads to two places. One of them is the entrance to Crystal Flight. This passage is guarded by a druid. You'll also find a dragon to save. The second path leads to another clearing. There you will find another two passages. The first, located behind the pond is guarded by a green druid and a wizard. Walk along the edge and eliminate both. Particularly watch out for the wizard, as he shoots lightning. When passing the pond, your movement options will be limited, so be careful not to fall down. The road ahead leads to Wizard Peak. 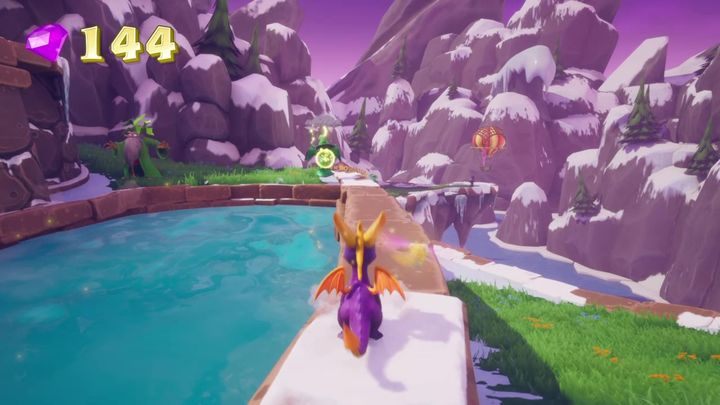 If you follow the lower path from the clearing, you will find a green druid constantly moving the platform located in the middle of the pond. Jump on it and jump to the other side. Eliminate the druid and the wizards. There you will find a passage leading to Blowhard, and a balloonist.