Your objective in this mission is to obtain one of the nexus stones from Iron Falcons.

Go to the bottom of the canyon 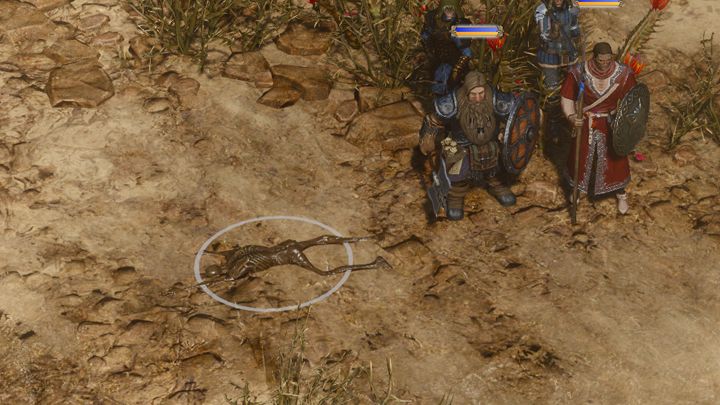 This corpse is easy to miss, but you should spare some time for it.

First you must find the members of the order. To do it, go south. At the beginning of the map you will encounter a skeleton (you can miss it as it isn't easy distinguishable from the background, but your characters will notice it). You should examine it - it will enable you to temporarily reveal the view of some areas of the map and learn the location of some enemies on the map.

Then go down the canyon. Watch out as the enemies are strong and there are many of them. Try luring away single enemies from larger groups. Otherwise your characters might be easily defeated. Watch out especially for enemies with a green aura - their attacks can temporarily block your ability to use skills.

Once you reach the destination, you will encounter two groups, Iron Falcons and Deathmen - you must decide which group you will help in the further part of the mission.

No matter what you decided, further part of the mission will be played in the same way. Your main task is to gather forces and reclaim the fortress controlled by the undead. Before you do it, you must find and take a deserter to the leader of the selected group. The deserter can be found to the northwest from the position of the Falcons. Once you find and convince him to return, go back to the leader of the selected faction. You will be pointed to a place where you can create your camp. 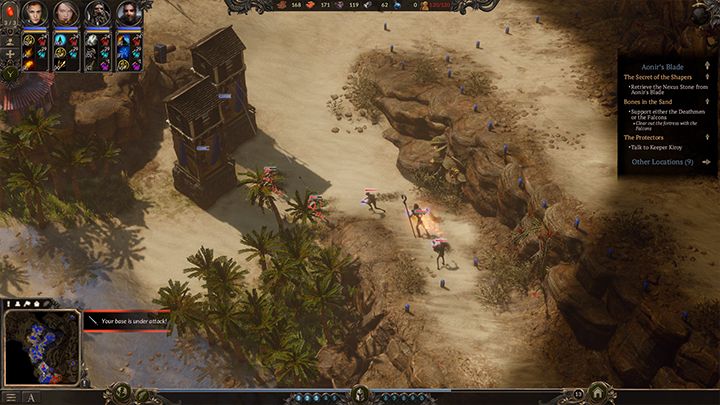 Protecting your territory in this mission isn't hard.

Once you set up your camp, you can wait before talking with the leader again and first gather your forces. Take control of all sectors on the western side of the map. You will encounter groups of enemies here, but later these areas won't be attacked. You must fortify two places: the starting sector near the canyon exit through which the undead are coming (two guard towers should be enough as you will be protected by soldiers of the factions) and in the sector to the north from the catapult.

Once you're ready, you can speak to the leader and start the fortress attack. You can also give resources to your ally - this will theoretically enable him to send greater forces to aid you. The resources can be given by selecting the palisade in the ally camp and then selecting the proper option from the menu in the bottom right corner. 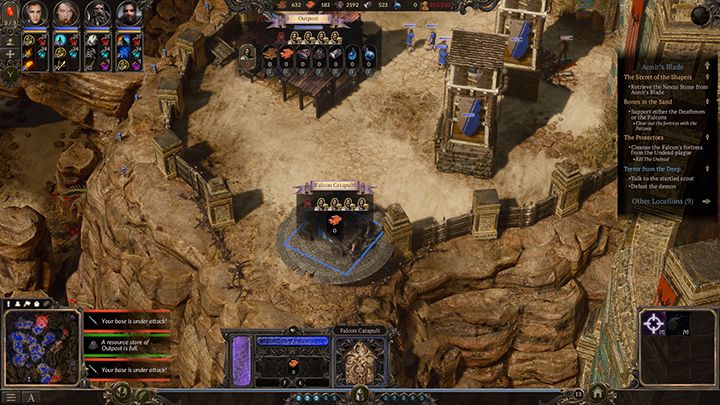 The catapult will enable you to easily get rid of enemy's fortifications.

Your first task while reclaiming the fortress should be taking over the catapult located on the north. In order to do it, you must take over the neighboring sector (if you haven't done it yet) and order your porters to manage the catapult. Before you can use the catapult, you must load it with your stone supplies (by selecting correct option on the right side after selecting the catapult). Once it is loaded (progress bar can be found in the unit window after you mark it) you can freely shoot selected place using the option in the right bottom corner. You must wait after each shot for the catapult to recharge.

Now use the catapult to destroy the towers taken over by the undead - the commander of the selected faction mentioned them. A few shots should be enough to destroy each tower.

Then attack the fortress itself. If you have taken over all sectors on the map and improved them, the increased population limit will enable you to create an army that should easily defeat the forces in the fortress (just remember that level 2 units can be upgraded in the forge if you have found the plans during your adventures). Then speak with the leader of your selected allies.

A cutscene will start. Once it is over, you must defend Kiroy - three groups of undead will attack you from the fortress' undergrounds. The last one will be the strongest as it will include a powerful demon. Once the enemies are defeated, the mission will end.

Terror from the Deep - side quest

Once you create the camp and speak with the commander of the allies again, a scout will arrive. He will tell you that more undead are created in the tombs in the southwestern part of the map. Before you go there, fortify the closest sector - upgrade it to the maximum and use all available units to fortify the guard towers near the road to the tombs on the south. Remember to additionally strengthen all towers. 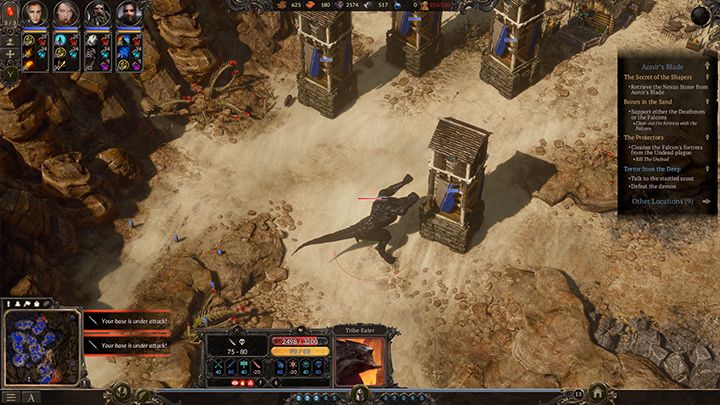 Don't try fighting him - retreat as far as possible and let your guard towers take care of him.

Now you can go to the marked location. A strong group of undead will appear - if you have an army at this point, you should defeat it easily. Then you will receive information that something terrible is coming. A timer for preparations will appear. Retreat all your forces as far from the place as possible. Once the timer ends, a powerful demon will appear. Don't try fighting him - with a single attack he can destroy almost all your units (including heroes) and he heals quickly. Escape from him as far as you can. The monster should soon run from the tomb and if you ordered your units to retreat, he should attack the guard towers. He won't be able to destroy them quickly and they should kill him after some time. Once that happens, the mission will end.