This guide for SpellForce 3 contains a detailed walkthrough for campaign and side quests as well as descriptions of the game mechanics. You can also find information about all available races and their units.

These chapters contain information about creation of your character and progression. Also, you can learn about the strategic aspect of the game.

Our guide contains a full walkthrough that can help you in completing SpellForce 3:

The guide for SpellForce 3 contains: 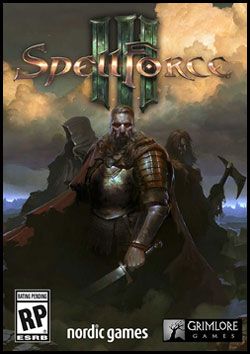 The third installment in a fantasy game series launched in 2003, which combines elements of RTS and RPG. The title was produced by Grimlore Games, a studio founded by the series publisher, which employs some of creators of the first two SpellForce games.

Story-wise, SpellForce 3 is a prequel to the previous titles. It is set in times, when this fantasy world was still a vast, unified continent. This obviously affected the structure of locations, which are no longer solitary islands connected by portals.

In terms of gameplay mechanics, the developers used the well-proven solutions making up a strategy game, in which you build a base, recruit army, and fight battles. At the same time, the strategic gameplay is enriched with the addition of such elements as heroes of different classes and skills, a character progression system, and story-driven missions with subquests  like in a classic RPG. The game features also multiplayer gameplay available through the Spellforce.net online platform.