Silence game guide contains lot of tips useful during playing this bewitching fairylike adventure which is taking place in the dream land. It is thorough, illustrated solution which will guide you through all adventures of teenager Noah and his little sister, Renie. You have a unique chance to help them to getting back to the real life.

To make using this game guide easier to navigate, each chapter has been divided into subchapters with describing all tasks which you need to deal with. Moreover, puzzles are highlighted by using headers to let you find them quickly.

Noah and Renie are running and hiding in the bunker because of bombing. From there in a mysterious way they are moved to the strange world where earlier Noah as a sad clown Sadwick was travelling with his friend, caterpillar Spot. 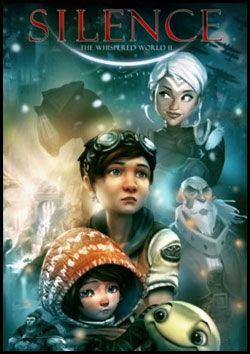 Silence: The Whispered World 2 is a direct sequel to a popular adventure game. It was developed by Daedalic Entertainment - the creators of Memoria, Deponia, The Night of the Rabbit or Edna & Harvey: Harvey's New Eyes.

In Silence: The Whispered World 2, the player takes on the role of Noah - a sixteen-year-old boy searching for the younger sister he lost during a war. Following her trace, he enter the world of dreams known as Silence, where he puts on the costume of a clown by the name of Sadwick - a character who appeared first in the original game. Having reached the place, it turns out the magical land is being torn apart by a war as well. The protagonist joins a group of rebels fighting against the so-called False Queen.

In contrast to the original game, Silence: The Whispered World 2 offers three-dimensional visuals resembling a fairytale in their stylistics.

Transition Time: Is There a Place for Classic Adventure Games Anymore?

We sat down for a chat with Claas Wolter from Deadalic Entertainment  one of the biggest developers of adventure games. It made us think about the state and evolution of this genre.

Silence: The Whispered World 2 Game Guide is also available in our Mobile App