In this section of the guide to Sekiro: Shadows Die Twice, we give you break down of the boss fight with the Headless, who dwells in the Ashina Depths. You will learn exactly where to find the boss, how to prepare to fight it and how to come out victorious.

How to prepare to fight the Headless? 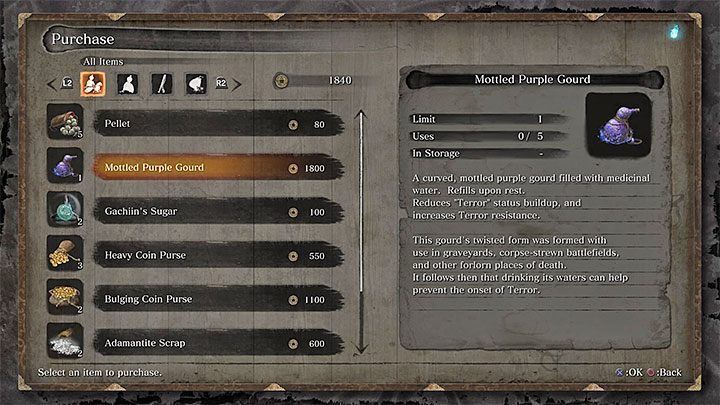 Rewards: Gachiin's Spiritfall - a renewable item that allows the use of Spirit Emblems to temporarily boos concealment, works similarly to the Gachiin Candy.

You can meet the Headless while exploring the Ashina Depths for the first time. You can already try fighting it then, although it is possible to postpone this fight for later because the Headless will not disappear from the Depths as a result of advancing in the main storyline.

The greatest threat from the "Headless" stems from the fact that he can apply a Terror debuff to the protagonist. If the purple stripe of terror is filled (it appears at the bottom of the screen), the hero will die. In the game, there are, fortunately, countermeasures, such as objects and gadgets, that allow you to defy Terror. These are:

Get one of the items listed above (preferably a Mottled Purple Gourd) and place it in a slot in the toolbar. Having an Umbrella is optional, but can also make it easier to fight.

Where is the Headless boss in Ashina Depths? 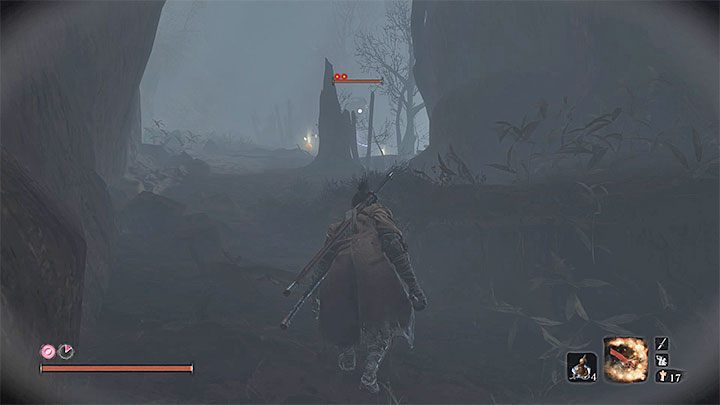 The Headless of the Ashina Depths is the easiest boss to find among all of his kind. You can encounter the lair of the monster while traversing the Hidden Forest. To be more precise, you can find the boss around the end exploration of the first part of the forest. You will meet the Headless to the left of the main path leading through the forest. Ordinary opponents may stick around the Headless - if that's the case, kill them first. This will make sure they won't interfere during the boss fight proper.

How to kill the Headless? 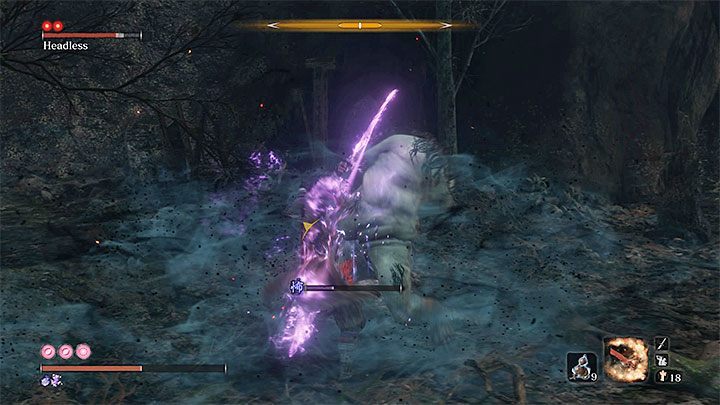 Before you approach the boss, use the Pacifying Agent or Mottled Purple Gourd, and, additionally, the Divine Confetti. The main character will receive two "blessings" that will reduce the force of the Terror-based attacks, and increase damage dealt with specters. Don't waste time trying to jump on top of the Headless from a tree because it's impossible. Instead, enter the lair and start a regular fight. You can rely on simple katana attacks. Due to the Divine Confetti, they will leave a purple smudge and deal more damage to the Headless.

The Headless is a relatively slow boss, but the fog slows the hero down as well. Try to still run around the boss and look for opportunities to attack him from the side or behind. If you see that you will not be able to dodge an attack of the Headless, try to block the incoming attack so that the hero will lose only a few HP. The boss can perform a "mill" and raise the sword up from time to time. This way, he telegraphs his attempts to teleport: after this attack, he always appears behind you and attempts a critical hit. Start running right before the boss teleports to prevent him from dealing any damage. Retreat if the Pacifying Agent/Mottled Purple Gourd stops working because otherwise, the Terror bar will be able to fill up much faster. In order to win the fight, you have to perform two lethal strikes on the boss.