This unofficial guide to Sekiro: Shadows Die Twice is a compendium of knowledge about this very demanding production developed by FromSoftware. The guide is designed to help you get to know the basics of the game and understand its more complex mechanics. It will also help you to overcome all bosses and reach the finale of the expedition.

The guide begins with Starting Tips, which offer a compilation of the most important elements of the game in a nutshell. This is also a chapter recommended for those, who have not previously had contact with the soulsborne genre and want to have a less troublesome start in this completely new adventure. All the important topics related to game mechanics are also described in more detail in separate sections of the guide - these include combat, exploration, sneaking (a very important novelty in relation to previous games by FromSoftware), character development as well as death and its consequences. Apart from the walkthrough, we've also prepared a FAQ with answers to the most vital questions. There, you can learn things such as how to parry the attacks of opponents, how to get new prosthesis upgrades, in what order to explore the starting locations or how to deliver surprise attacks.

The descriptions of all bossfights are also a crucial part of this guide. The description of each fight informs about the location of the boss, the recommended preparations for the fight (e.g. choosing specific potions or improving the prosthesis), whether the fight against the boss is required for promotion in the game, about the attacks used by the given boss, the recommended strategy for the fight, the weaknesses of the boss that can be exploited (such as low resilience to the element of fire) as well as about the rewards for winning the bossfight. The descriptions of the particularly difficult bossfights are complete with numerous screenshots showing, for example, the moment when the boss fires an ability or the correct reaction to the boss' attacks.

The guide to Sekiro: Shadows Die Twice also includes a comprehensive walkthrough. It covers both the main quests, the completion of which is required to finish the game, as well as side quests, which you can take along the way if you will. We've also prepared a section devoted entirely to the ending of the game. Another vital section is the World Atlas. It primarily contains descriptions of all locations available in the game, as well as information about unique and secret items (especially a Prayer Beads and Gourd Seeds) which you may encounter as you traverse the realm.

Sekiro: Shadows Die Twice is an action game by FromSoftware, a venerable gamedev company known for such hallmarks of gaming as Bloodborne, Demon's Souls, and Dark Souls. The new game by FromSoftware has some features common with the other games of the genre conventionally called soulsborne, but it also introduces numerous, significant changes and innovations. The combat emphasizes the player's skills and reflexes more, and many enemies can be omitted or attacked by surprise thanks to the addition of the advanced sneaking options. As befits a game by FromSoftware, Sekiro is a game with a high level of difficulty, and dying is an inherent part of the experience. Our guide should help limit the number of unwanted deaths along the way to the final of the adventure.

More tips can be found in the Starting Tips section of this guide.

Does Sekiro have Japanese voices? 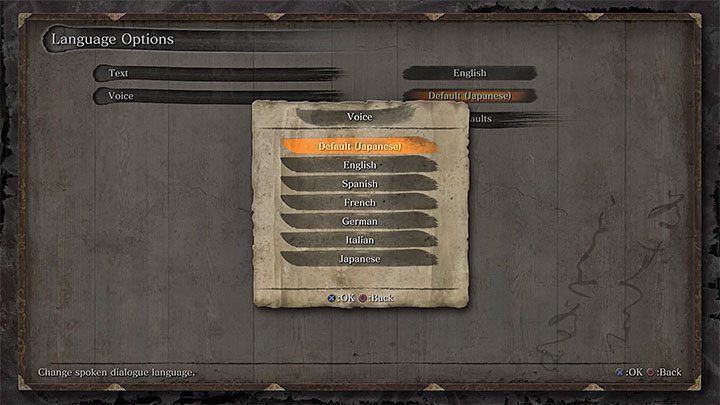 Yes, this is the default voice options. Playing Sekiro in Japanese helps to immerse yourself into the world but if you don't want to play with this language, the game also offers other voice overs (e.g. English or German). The game has separate options for text and voice overs which means that everyone will be able to adjust the game to their preferences.

Can you beat the game by relying on stealth attacks?

Sekiro: Shadows Die Twice has a few aspects that are similar to the Tenchu series. Stealth kills are helpful in this game, but you can't complete Sekiro by staying in shadows. 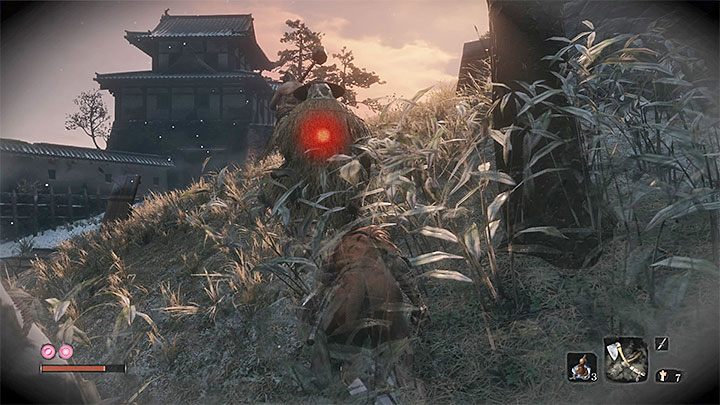 You can't sneak throughout an entire boss fight. In some cases, you are able to sneak up on a boss and deal the first hit. After that, you will have to face the boss in a regular fight. In most of the cases, you won't be able to move away from a boss after performing a stealth attack. If you do, the boss will regenerate lost health points.

We don't recommend avoiding all enemies. If you still want to do that, try to at least face all enemies in a location you visit for the first time. Ignoring enemies will cost you XP, gold and loot. More information about sneaking can be found in the Stealth chapter.

Does Sekiro feature a character creator? 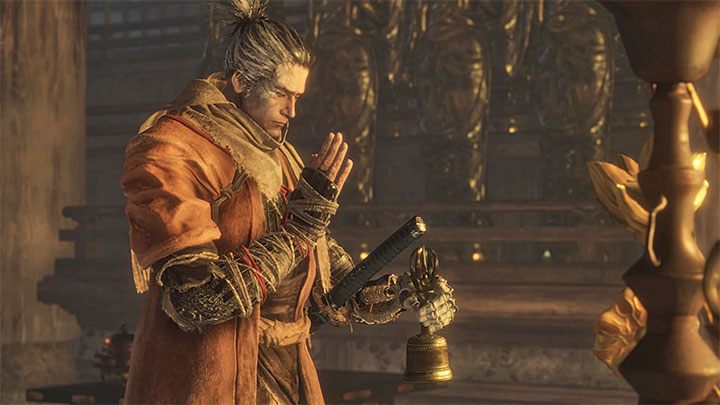 No, Sekiro: Shadows Die Twice doesn't let players create their own character. This decision is conditioned by the plot. We follow a specific warrior, Sekiro, in his quest to save his master. Sekiro also doesn't feature the option to change the character's clothes. The only appearance aspect that can be changed are the various prosthetic tools.

What are the available editions of Sekiro: Shadows Die Twice? 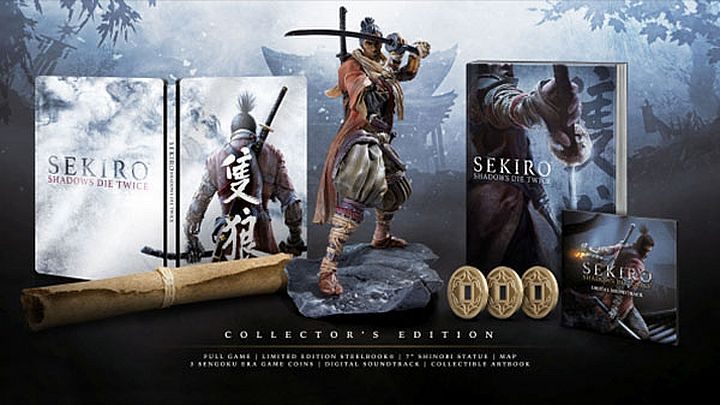 Sekiro: Shadows Die Twice comes in two versions. One is the Standard Edition. It does not contain any unique physical additions, although other pre-order bonuses are available:

The other version of Sekiro: Shadows Die Twice is the Collector's Edition. In addition to the game, the collector's box also contains the following physical gifts:

Mastering character controls in Sekiro: Shadows Die Twice is an incredibly important aspect of the game. Performing an action faster can protect the hero from death or serious injury on more than one occasion. The most important control buttons and keys are listed below. For the full control scheme and more information about character control and control settings, please refer to the section entitled Controls in our guide.

No, the PC version of Sekiro: Shadows Die Twice doesn't have Denuvo. You don't have to worry about possible framerate drops caused by this anti-tamper technology.

Minimal system requirements of Sekiro: Shadows Die Twice are comparable to those of the Dark Souls 3. Sekiro should run easily even on few-years old hardware. For more information about the technical aspects of the experience, please refer to the System Requirements section of this guide.

About Sekiro Guide and Walkthrough

Soulslike is Great, But We Need More Soulslite

People who push FromSoftware for easy difficulty levels in Sekiro or Dark Souls are violating the creator's sacred right to make their work whatever they want it to be. And at the same time, they're kind of right...

Gamer Psychology: Why We Rage, and Why It's Ok to

Have you ever screamed in front of a monitor, cursed, tossed a pad, smashed a keyboard? Relax. You can still be normal.

FromSoftware Is the Most Important Studio of the Last Decade

In this article we justify why FromSoftware is the most important studio of the whole last decade and why we still compare the next games to Dark Souls.