The following description of the duel with Shichimen Warrior boss describes an optional encounter with this boss in the Ashina Depths, which is only available after a full inspection and completion of the storyline in the Mibu Village. A second encounter with Shichimen Warrior in Sekiro: Shadows Die Twice. Below you will find detailed information about the boss and how to fight with him.

Where to find the Shichimen Warrior? 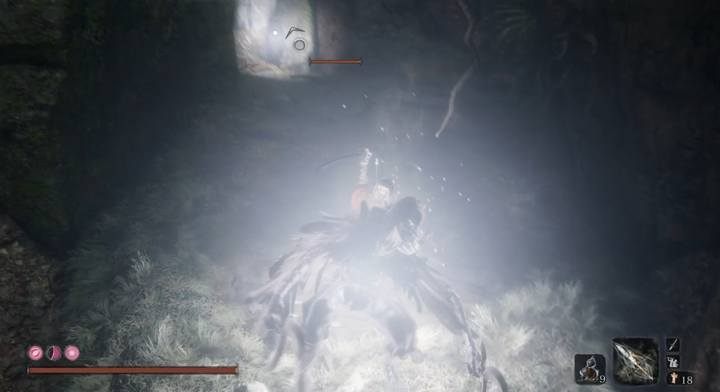 One of the roads to the boss leads from the Hidden forest; on the way you will meet two ghosts. 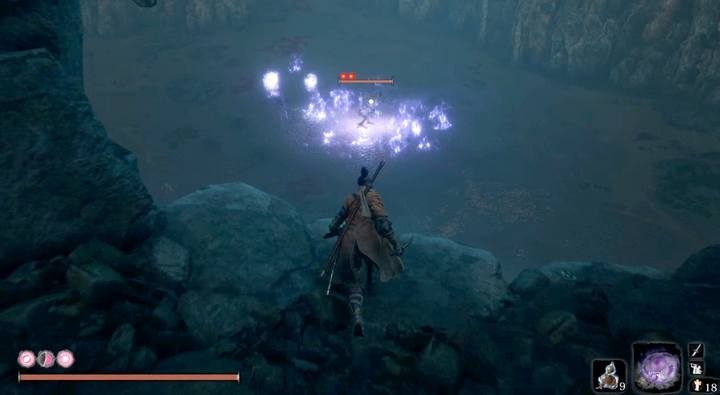 Shichimen Warrior - you can't inflict a critical hit from stealth.

This is the second Shichimen Warrior you can meet in the game. He will appear in the Guardian Ape boss arena, on the way to the Hidden Forest; this will only happen when you defeat this monkey and complete the game stage in the Mibu Village (defeating the Corrupted Monk, getting the quest item and offering it to Kuro). You will learn that the boss appeared on the spot after sculptor idol in the fast travel options will be unavailable. 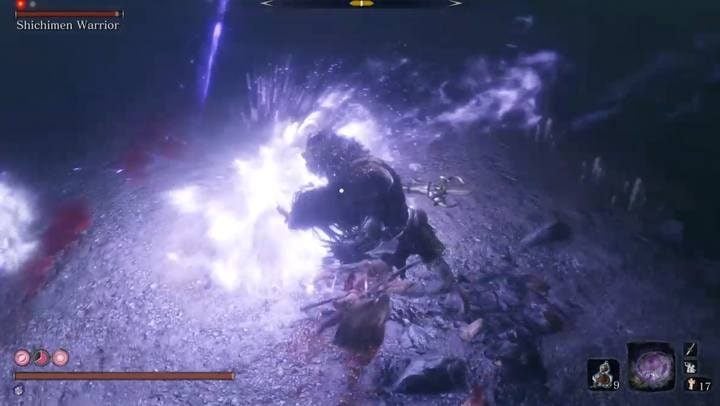 By attacking your opponent standing next to him when he performs special attacks with the beam, may guarantee protection against damage at the same time

To fight this enemy must be use - as in the case of any Shichimen Warrior: a Pacifying Agent (or Mottled Purple Gourd); also Phoenix's Lilac Umbrella, and an additional advantage is the possession of Projected Force skill (Prosthetic Skill). 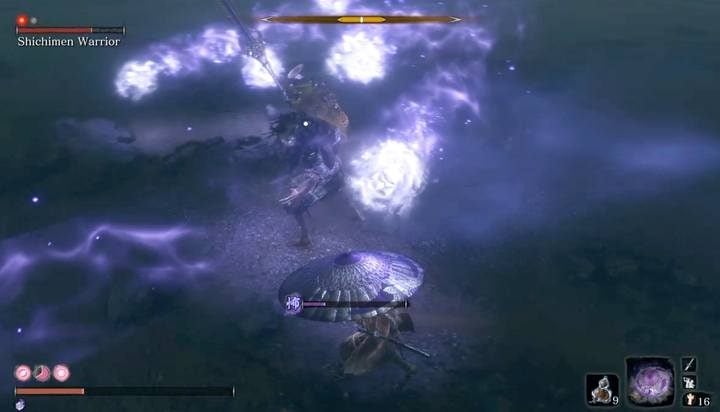 During combat, try to defeat the enemy as soon as possible; the longer you fight him, the more Terror you may get - the pacifying agents will eventually run out! Phoenix's Lilac Umbrella protects the front of every "spiritual" enemy attacks, so it is recommended. In addition, the enemy uses only a few attacks and tricks: