Lone Shadow Masanaga the Spear-Bearer is an optional boss in Sekiro: Shadows Die Twice. In this section of the guide, we will tell you where to find the boss, and how to defeat it easily.

Where to find Lone Shadow Masanaga? 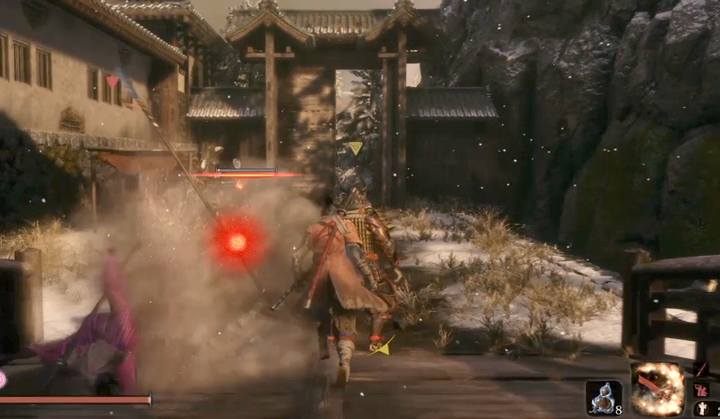 The boss Lone Shadow Masanaga is an optional opponent. You will find him near the descent to the Sunken Valley behind the Ashina Castle. It only appears when you defeat the Corrupted Monk boss later in the story, and complete the stage in the Ashina Depths. Be careful as the Ashina Castle is full of new enemies; in front of the house where the boss is, you will find 3 wolves.

How to defeat Lone Shadow Masanaga? 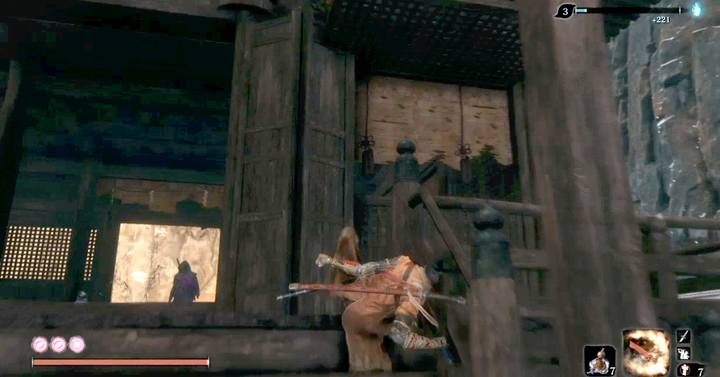 Since the enemy is standing in the building in front of the entrance, you can easily sneak behind his back to deliver a critical hit reducing one health bar. 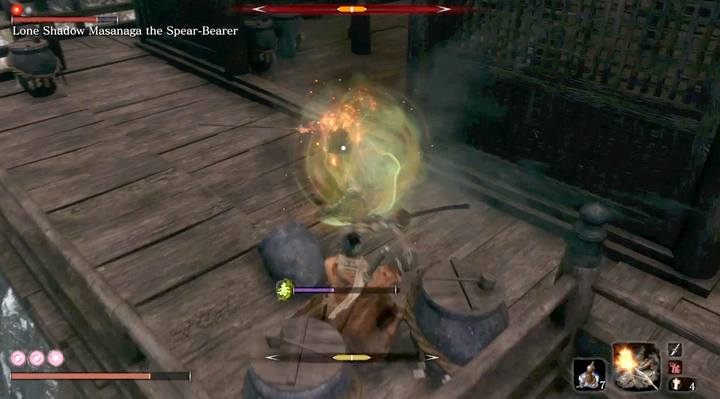 In this case, the attack the boss is green when it carries the risk of poisoning

The most dangerous attack performed by the boss is hence poisoning. He has a sword similar to Sabimaru, which he uses from time to time. Every contact with the weapon (blocking included) causes partial filling of the green bar of poisoning. If it is full, you will receive critical damage from severe poisoning. This can lead to imminent death.

There are many ways to fight the enemy, because apart from a few melee attacks and the above-mentioned special attack, the opponent has no extraordinary feats. He's also quite vulnerable to fire. Below are some tips regarding the fight: 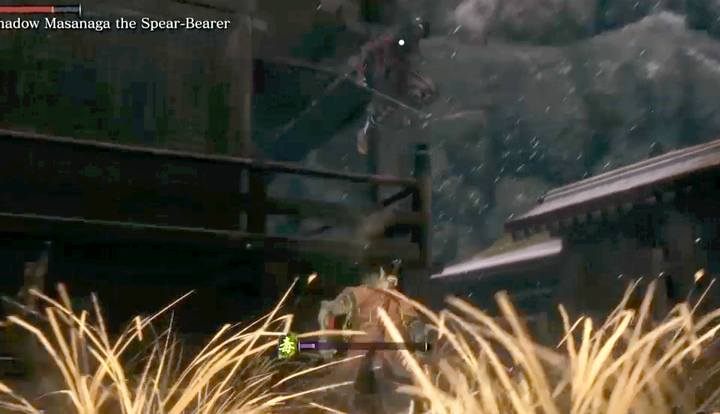 If you absolutely cannot cope in battle, and you want to defeat this boss, you can use an exploit, where you jump on the gazebo and down again - the boss will follow you, but so slowly that you will be able to get into the position in which the boss will be after jumping down (always the same place) and try to backstab him. This strategy may be a bit tedious, but it is quite effective.