Snake Eyes Shirafuji is the first boss you will meet in the Sunken Valley in Sekiro: Shadows Die Twice. Initially, this is an optional place where you will go only after the defeating Genichiro Ashina in the Ashina Castle. You can bypass the enemy without engaging in battle; he is the guardian of the passage to Fortress. The following description provides tips on combat and the exact location of the boss.

Where to find Snake Eyes Shirafuji? 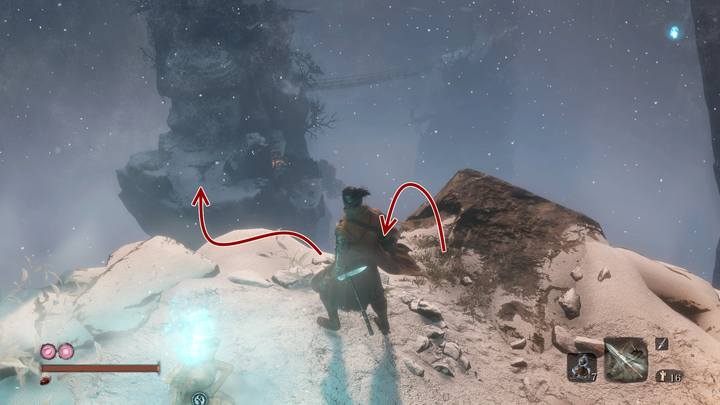 This is the boss you encounter later in the game, in the Sunken Valley (it is behind the Ashina Castle, following the reservoir on the way down). When you reach the second campfire (Valley below the chapel) located on the slope, you have to jump down and grab yourself to a protruding tree. Move quickly, cause distant "snipers" are already aiming at you.

You have the opportunity to get around this boss - as soon as you enter his rock, he immediately begins to attack you; go behind the rock and run across the bridge to the Fort. This way, you can also critically stab the boss in the back when you return, heading from the bridge to his lair.

How to deal with Snake Eyes Shirafuji? 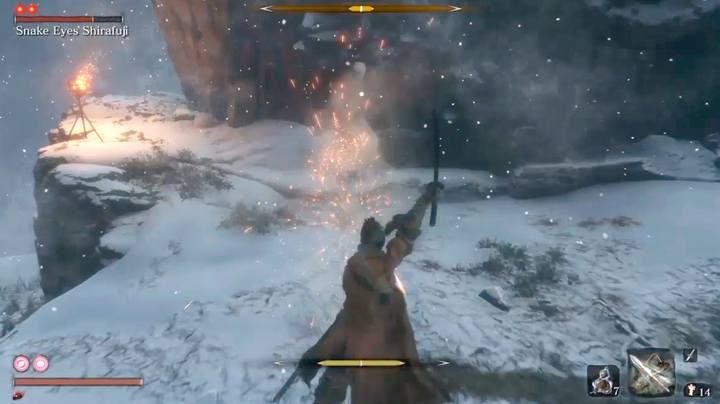 The main shots of his weapon, you can easily parry but the strong ones, can greatly reduce your posture.

Snake Eyes is not a big threat, as it has a very simple attack: there's no need to fight special tactics, but only use some precautions. The catch is that you don't have the ability to deal him a critical hit, so you're fighting an opponent with two health bars.

The spear will be a useful tool because it generates a lot of hits in a short period of time that are hard to counter - and that's what our opponent has a problem with. It is durable, but fairly easy to hit. Additionally, Fire Vent may also come handy. 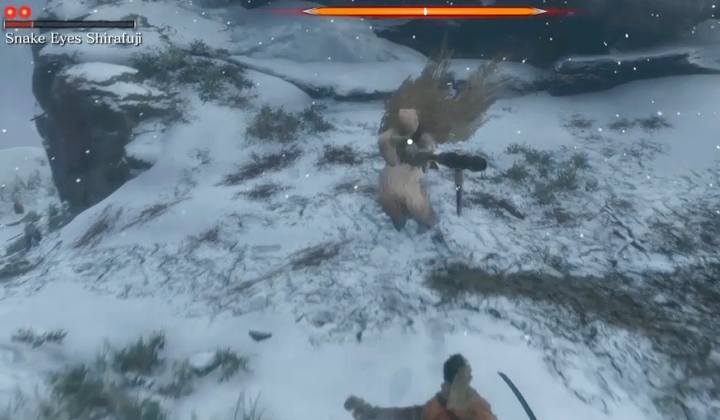 Early evasion of a special attack is an ideal opportunity for a quick counterattack.

The scheme of the fight is to bring a large number of strikes, and the best is to reduce posture of the enemy in a rapid way. So try to attack a lot (jumping in the air and attacking, then double-clicking the attack on the ground, you will cause a quick three strikes). Flip to defense when you see a glowing reflection of the strike - the enemy usually attacks with a double or triple strike, then shoots from the weapon. You will block the shot directly.

Watch the posture bar - enemy attacks rather quickly reduce your posture; especially dangerous situation occurs when you don't have enough posture to reflect enemy's attack with a firearm. 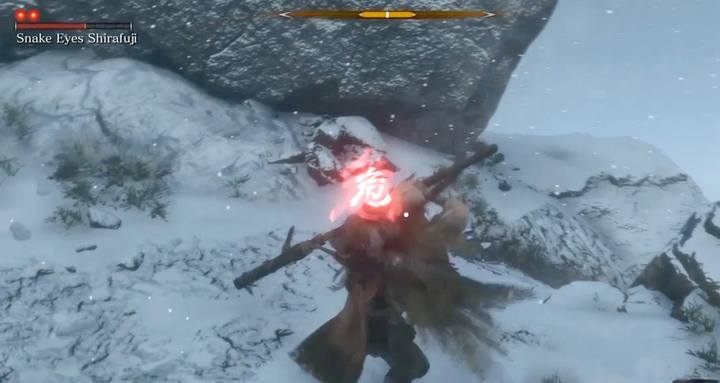 Watch out for a special attack that pulls you to the boss; this attack can catch you when you are in the air.

Sometimes, when you back off, the boss makes an accurate shot. Hold down the block key: you need to press it at the last moment, hide behind a rock or have to dodge. The second special attack of the boss is the instant pull. Such a hit will take you at least 80% health points, or even the entire bar - depending on how much health you have. It is easy to avoid it by performing a side jump or just jump up in the air.

In the arena, watch out for its right side: you can expose yourself to fire of ranged enemy units standing on the bridge in further parts of the map.