There are many merchants in Sekiro: Shadows Die Twice. These NPCs will buy from you useless items or sell various consumables like Pellets or Antidotes. Below you can check the location of Battlefield Memorial Mob and what you can buy from this merchant.

Where can I find Battlefield Memorial Mob?

Battlefield Memorial Mob is in Ashina Outskirts - Ashina Castle Gate Fortress. You can encounter this merchant after you defeat Gyoubu Oniwa, one of the bosses in the game. Eliminate that boss to unlock the part of the fortress that can be accessed with the stairs. The merchant is near the building on the right, sitting in an alley. 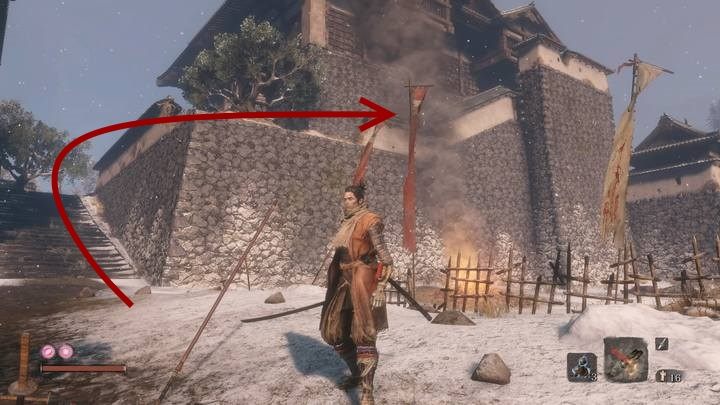 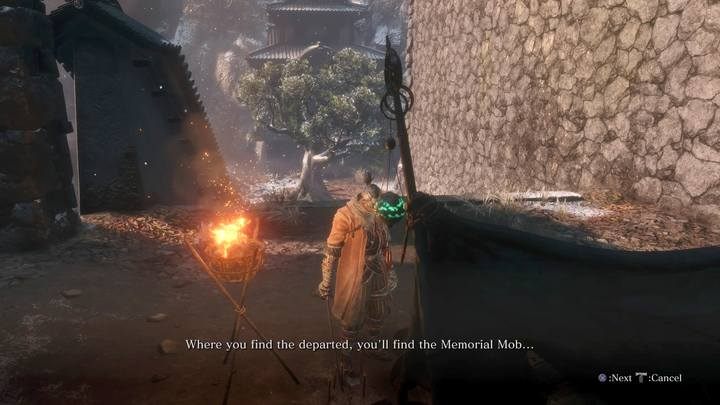 What can you buy from Battlefield Memorial Mob?

Battlefield Memorial Mob can sell you Robert's Firecrackers (500 sen). This item unlocks Shinobi Firecracker, a powerful prosthetic tool. This item can also be purchased from the merchant located in one of the early locations (the price for this item is the same). The Gourd Seed is more important to buy - you can give it to Emma and get another healing item you can use during fights.