Farming in Sekiro: Shadows Die Twice is a good way to get access to better skills and items fast. Read this chapter to learn where and how you can farm XP and gold in Sekiro, and how to prepare yourself for this process.

What is the point of farming in Sekiro?

In Sekiro, farming has two purposes:

How to prepare for farming? 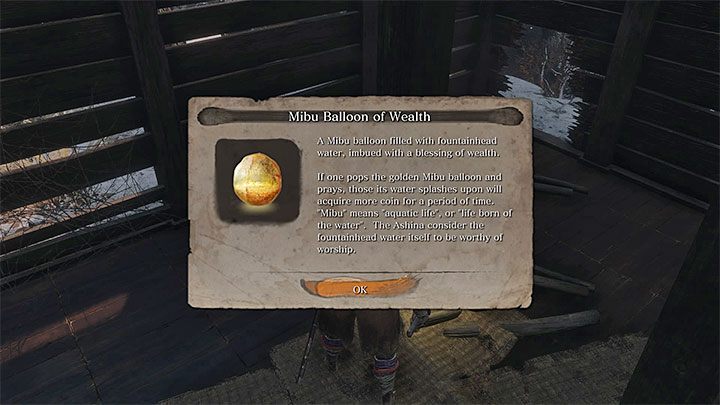 You need to prepare in two ways: 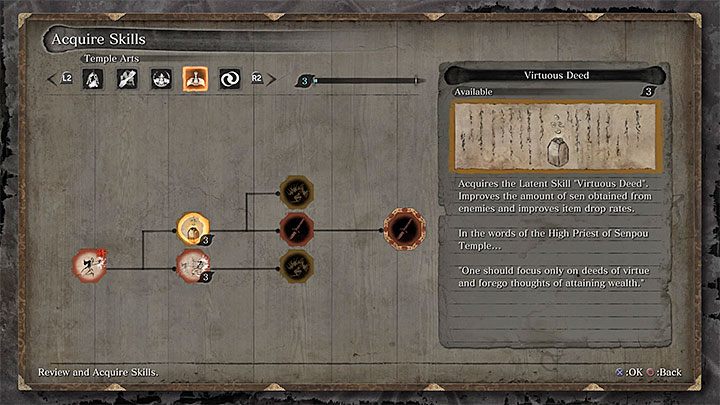 Later, you will unlock a better way to farm gold (sen) and other loot dropped by enemies. This solution is permanent. The first thing you have to do is to unlock Temple Arts skill tree. This is done by finding a skill book in Senpou Temple. More information about the text's location in Esoteric Texts chapter.

This skill tree has two Virtuous Deed abilities. Both of them will increase the amount of gold and the drop rate from enemies. Try to unlock the first skill as fast as possible - it will cost you 3 skill points. 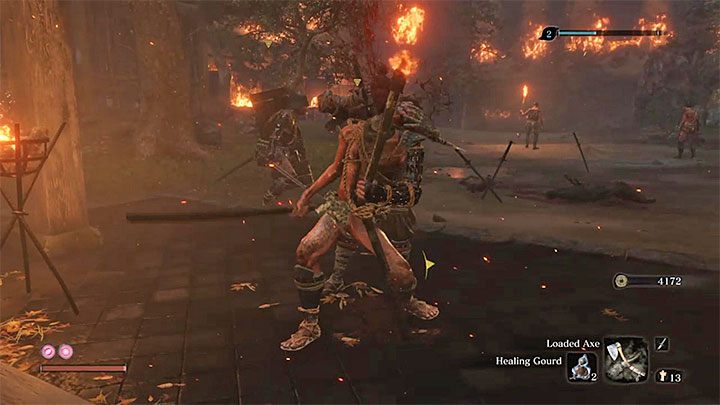 The main part of Hirata Estate is a good spot for farming XP and gold. This is the area where you fought with Juzou the Drunkard, one of the bosses you had to face during your first visit. The boss doesn't come back meaning that you can focus on eliminating regular enemies. Every opponent here will give you about 35 XP.

Below you can find more information and a few tips:

If you were aggressive enough, this should take you about 3 minutes. Go back to the starting Sculptor's Idol and either rest or fast travel to the Sculptor's Idol near the well (this place is called Main Chamber). Let the enemies respawn and repeat the steps (try to do all of them).

Senpou Temple has two good spots for farming - you can use both of them during your first visit to this location. The enemies here are, e.g. the monks that are worth about 80 XP each.

If you want to follow the first path, reach Shugendo Sculptor's Idol - the one near the chasm and narrow passages leading to the hill with the large bell.

Here is our suggested route: 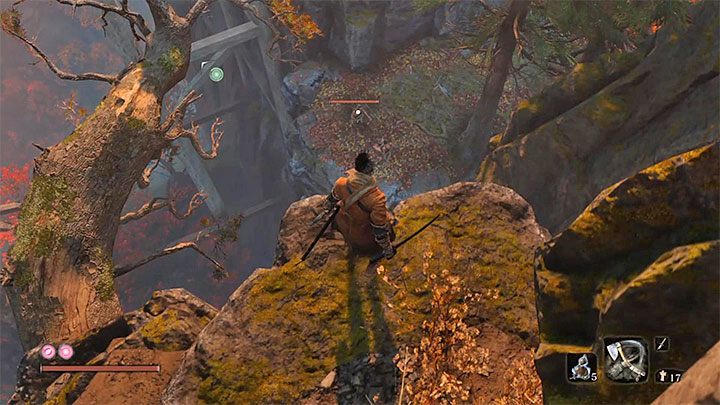 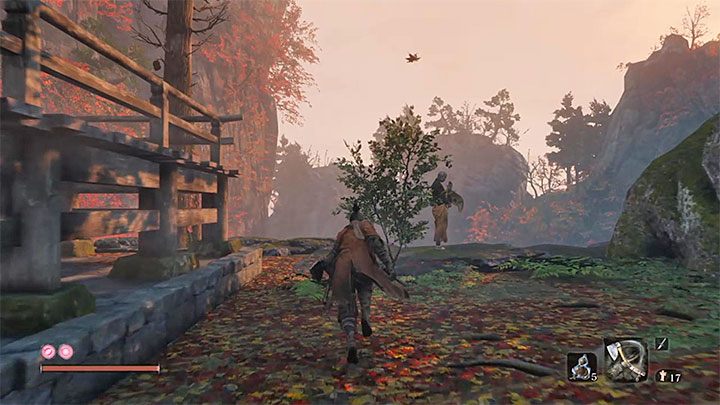 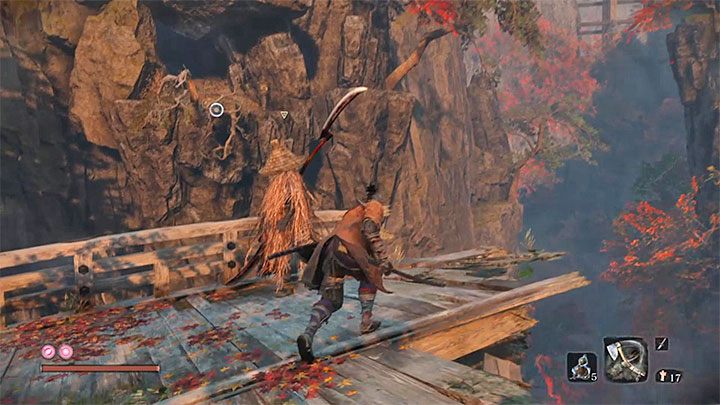 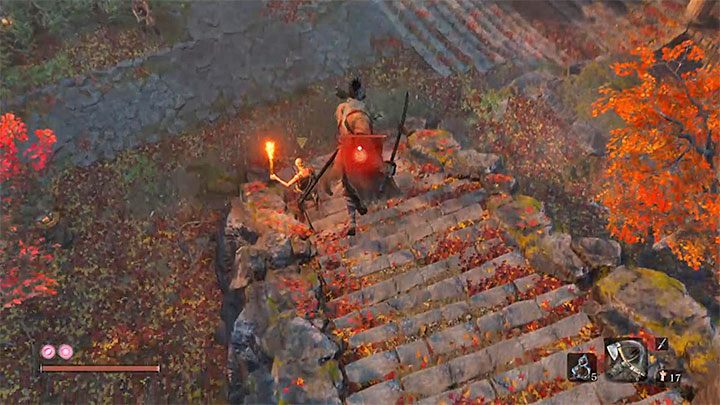 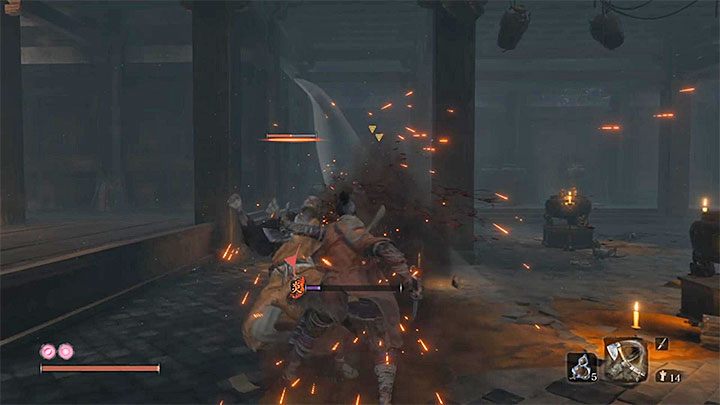 The time spent on a single farming expedition depends on when you decided to go back. The steps described above (excluding the fight with all the monks in the forest) should take you less than 3 minutes.

You can follow the second farming route in Senpou Temple after you reach the largest building in the temple - Main Hall Sculptor's Idol.

Here is our suggested path: 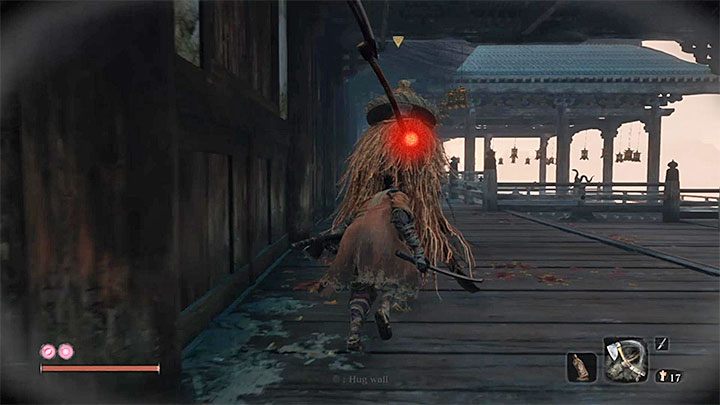 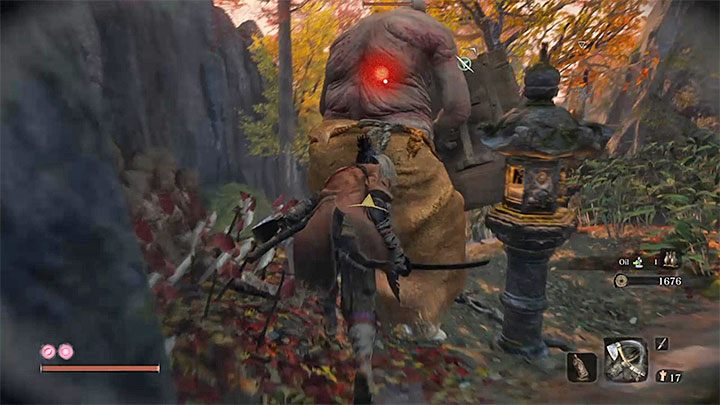 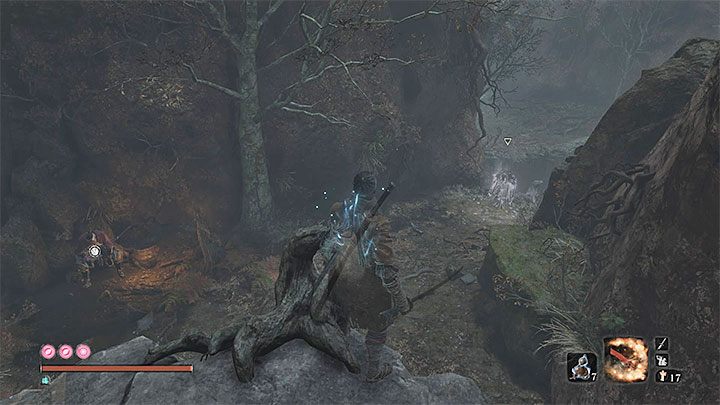 The most profitable way of farming XP becomes available late in the game - after you reach Ashina Depths. Go to Hidden Forest Sculptor's Idol. The location before the bonfire has two spirit enemies (this place is presented in the picture). If the game spawns their strongest versions, you will get 620 XP per enemy.

This method only works after making enough progress in the main storyline:

If the game spawns weaker enemies, it means that you haven't fulfilled all the requirements. 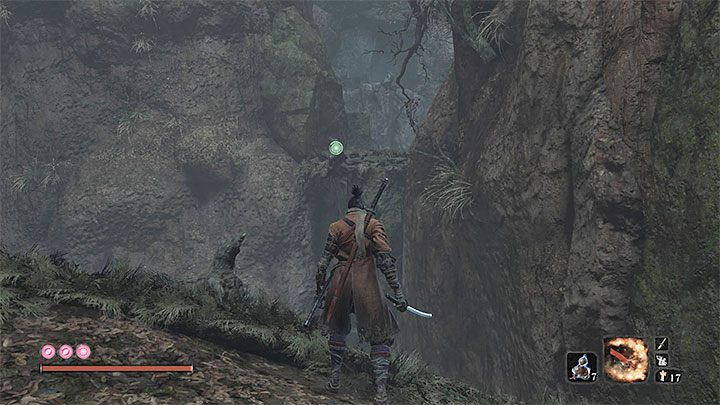 Here is the perfect method - thanks to it, every farming session will take you about 20-30 seconds.

Start at Hidden Forest Sculptor's Idol. Turn 180 degrees, go to the chasm and use the grappling hook on the opposite ledge. 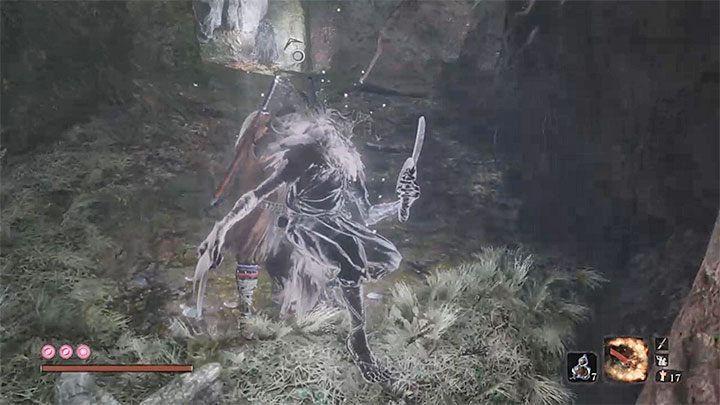 Perform a Backstab Deathblow on the first spirit enemy. This move is easy to do because you appear right behind the enemy's back. 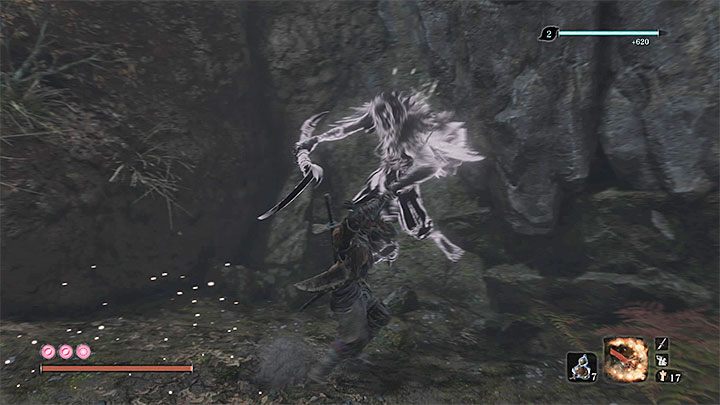 Quickly reach the second spirit enemy and start attacking it. Don't let the enemy go into offensive. Keep using regular attacks until you defeat the spirit. 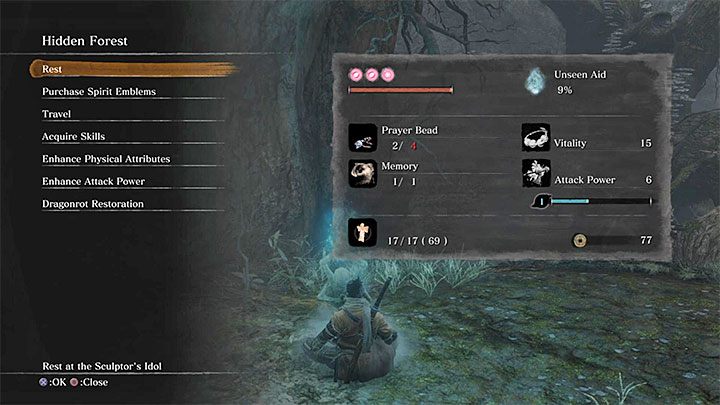 Go back to the Sculptor's Idol by following the same path. Choose the Rest option. Both enemies will respawn - go there and defeat them again. Every trip to that place will give you more than 1,200 XP.

The method described above lets the player farm XP and Spirit Emblems. These enemies don't drop any gold. However, there is a slim chance that they will drop an item (e.g. a medicament).