The guide for Secret Neighbor contains valuable information to be used in multiplayer games. The guide is filled with useful tips. Inside, you'll find descriptions of various mechanics and tips that come in handy during matches. This will allow you to quickly and painlessly get acquainted with the game. You will learn how to effectively play as the titular neighbor or as children. Secret Neighbor is a multiplayer action game created by Dynamic Pixels and Hologryph. As a child, your task is to save a friend imprisoned in the basement by the neighbor, while as a neighbor your mission is to capture the whole group of children. The key to success is close cooperation between the players - your mission is to search for keys that open the door to the basement. As a neighbor, you have a wide range of abilities - you can change your clothes to look like as a child, or change into furniture. The game offers three-dimensional graphics that maintain the cartoon style known from Hello Neighbor. The game is a PC-only title.

The guide for Secret Neighbor contains:

Controls in the PC version of Secret Neighbor

Below you will find a list of controls for the PC version of Secret Neighbor. The list can also be found in Controls section.

How do I begin the game in Secret Neighbor?

At the very beginning of the game, it is best to start by selecting a character. You can play as a child or as a neighbor. There are 2 neighbors to choose from and 6 children - they all have different skills and passive abilities. 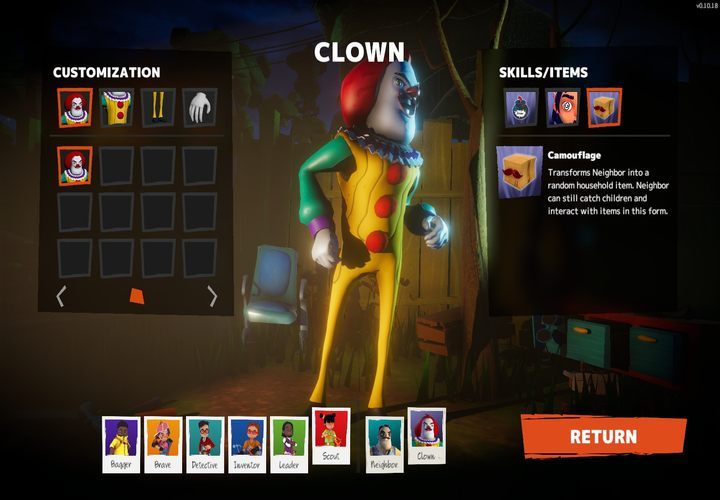 Each character in the game has its own unique abilities.

When playing Secret Neighbor, you need to focus on listening - this will help you to detect dangers early on (e.g. you'll be able to hear that the enemy in the neighboring room is disguising as one of you). If you are not a Bagger, and can see well in the dark, you can completely get rid of your flashlight - you'll save space for more useful stuff (candy bars, apples, or keys). As a child, always search all the cabinets and wardrobes - during such actions, focus on listening, as opening a cupboard with a key is signalized by a characteristic sound. Stay close to your allies and have a throwable ready (something light, such as an apple or a can) Remember that you need to collect keys which match the color of locks found in the basement (as shown below). 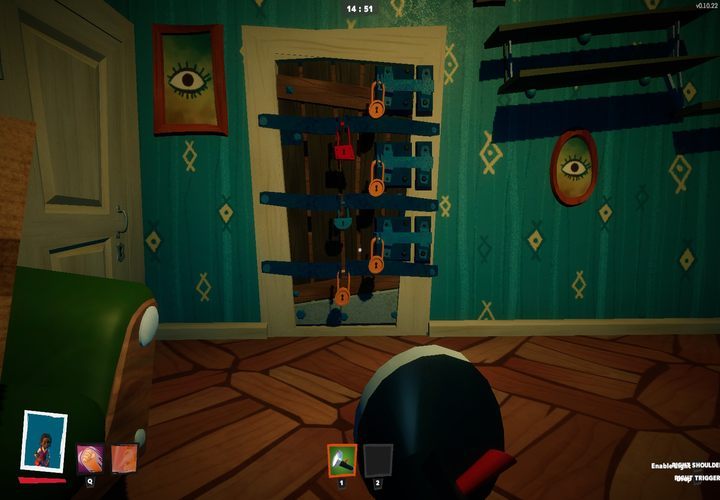 The colors of the keys must match the locks on the doors - avoid gathering every key you find!

As a neighbor, try to look for players who are alone, focus on surprise attacks and use disguises, (the default key is T). You have access to places that are not initially accessible to the enemy (places behind bars - to get through them, the children need to go around) You can activate them using the clocks on the walls (as shown on the picture below). 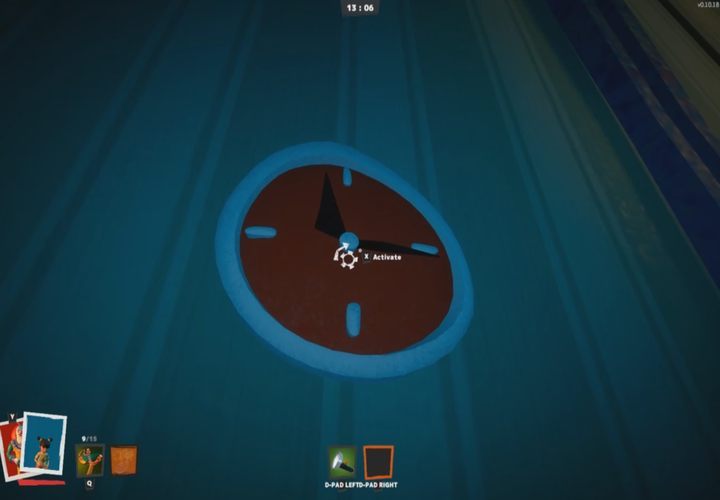 The neighbor can use the clocks on the walls to access locations inavailable to the children.

Remember that once caught, children that are thrown in the dungeon can not return to the game, so with each subsequent child the game should be easier. Use neighbor skills often (you can set traps or throw a smoke bomb). The game ends when the neighbor manages to catch all the kids, or when the kids open the door to the basement.

How to unlock neighbor skins?

To unlock the skin for the neighbor (Clown), add the game to the wishlist. Remember that your Steam profile needs to be public - if it is private, you may not get the skin! 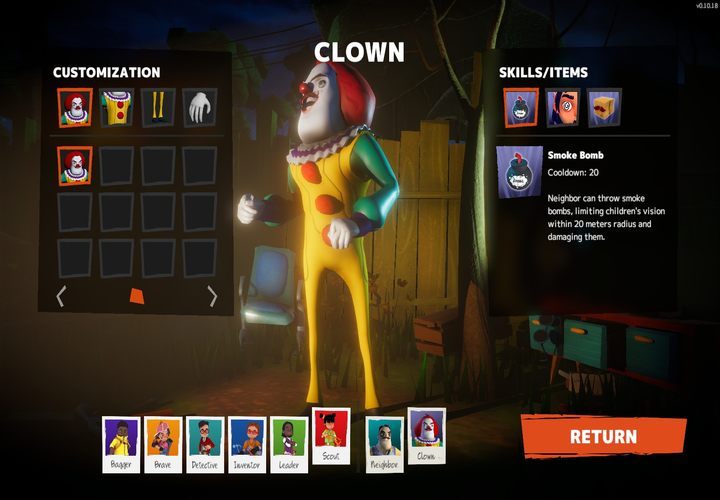 When you decide not to wear the skin, you can still choose it - you may not be able to use the skin, but its active and passive abilties are unlocked - you can use them as a "standard" neighbor. 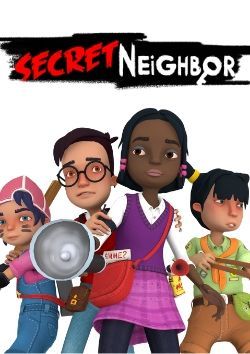 A multiplayer action game with adventure game elements, in which the players take on the role of children trying to free a friend held in the basement by a neighbor.

Secret Neighbor is an action multiplayer game with adventure elements, developed by Dynamic Pixels (authors of Hello Neighbor) and Hologryph. The game was released on PC by TinyBuild Games.

Secret Neighbor takes us on a journey to the suburbs known from Hello Neighbor, or more precisely to the house of one of the inhabitants, who hides a gloomy secret. The action of this production takes place between the first and second act of the story told in the previous game developed by Dynamic Pixels team; we play as a group of children whose task is to save a friend detained by the neighbour in the basement.

In Secret Neighbor, the action is presented from the first person perspective (FPP). The key to success is close cooperation between the players (up to eight people can participate in a game) and the search for keys to open the door to the next room.

However, it is complicated by the fact that one of the playersof is actually an ominous neighbour in disguise. Their task is to win the trust of children and make their lives miserable in various ways. With a variety of gadgets at his disposal, the neighbor can try to separate, confuse or even intimidate them; the game takes place on his territory, which gives him an additional advantage.

Three-dimensional graphics of Secret Neighbor are maintained in cartoon style known from Hello Neighbor, which stands in opposition to the game's disturbing atmosphere. This site is not associated with and/or endorsed by the tinyBuild Games or Dynamic Pixels. All logos and images are copyrighted by their respective owners.