From this chapter of the guide, the player will learn what public events they may encounter while playing Sea of Thieves.

While sailing around the vast world of Sea of Thieves you will encounter many public events, i.e. special attractions which attract nearby players to complete a specific task and win valuable prizes. At the time of writing of this guide, the following public events may be distinguished: Skeleton Fort, Skeleton Ships, Megalodon, and Kraken.

Some of the islands are basically fortresses full of skeletons. Normally you will find a group of ordinary enemies there or actually nothing and no one, but from time to time a skull-shaped cloud will appear over the area. This will indicate an active skeleton fort, where you will be able to find a zombie pirate captain - a foe to be defeated.

The encounter looks similar to the bounty missions, but in this case you need to be aware, the battle will be very long and opponents extremally difficult. The cloud will lure other players as well. Whether you will work together to take down the boss or you will try to kill each other depends on you. Once defeated, the captain will leave behind a key to the treasury full of chests of high value. It's worth picking up such a booty for yourself, as it will allow you to acquire several thousand gold coins. 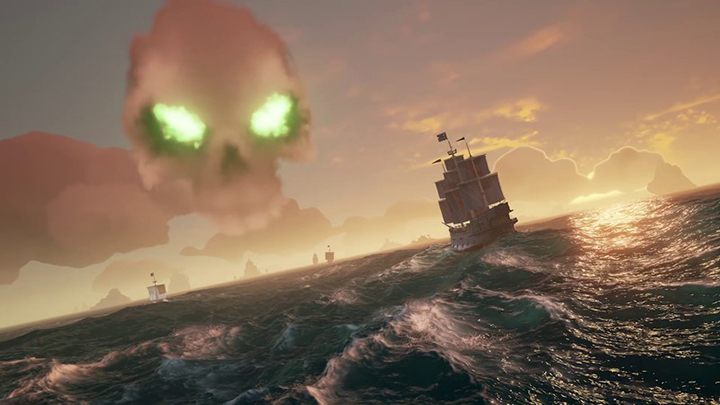 A huge skull-shaped cloud indicates the arrival of the boss - the captain who holds the key to the treasury. Watch out for both skeleton enemies, as well as other players swarming to the site.

Skeleton ships (sloops and galleons) can be found everywhere throughout the world of Sea of Thieves. They can be recognized by their distinctive lantern lights (blue or green light), as well as by their jagged sails. Some skeleton ships behave completely passively and will not attack until provoked, but sometimes you will also come across more aggressive variants of them, especially when you are transporting high-value items on board. 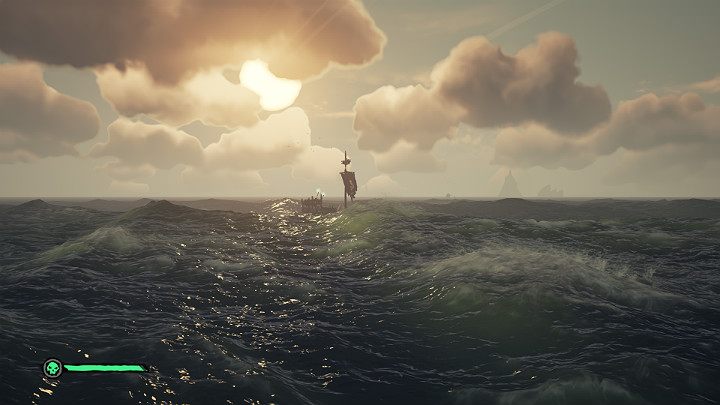 Sunken skeleton ships leave behind 3 to 12 different treasures. These include various types of treasure chests, artifacts, skulls, Mermaid Gems, and even Ashen Chests.

Megalodon is a giant shark that swims all over the world of Sea of Thieves so you can encounter it literally anywhere. Megalodons are aggressive animals, so as soon as they are near the ship they will not hesitate to attack it. During the attack, Megalodon uses its powerful jaws to penetrate the hull of the ship and create several holes, which can result in the ship sinking. 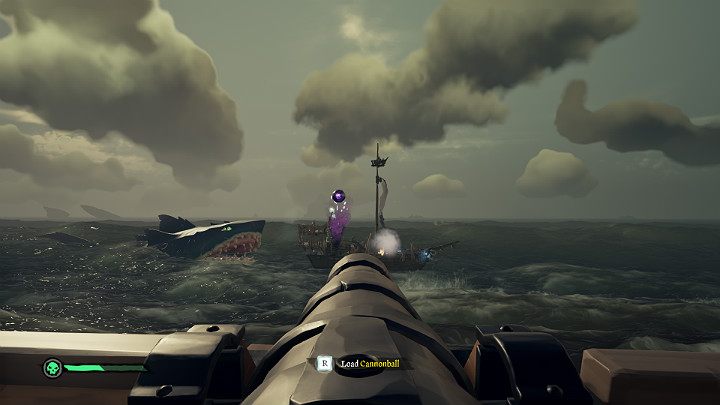 As you can see in the image above, Megalodon has a habit of appearing in quite strange situations, such as when fighting a skeleton ship. At the time of writing this guide, the following Megalodon varieties exist in Sea of Thieves:

Defeated Megalodon leaves behind 3 to 12 different treasures. These include various types of treasure chests, artifacts, skulls, and even Mermaid Gems.

The Kraken is a mythical monster that appears randomly in Sea of Thieves, emerging its tentacles from beneath the surface of the water. If you are alone, sail away, because you have no chance of beating it. Only a 3-4-man crew in a galleon can try defeating it. Interesting and valuable prizes are awarded for defeating the Kraken - each tentacle has a chance to drop treasure chests, Bounty Skulls, Mermaid Gems, as well as 1 to 2 pieces of Kraken meat. 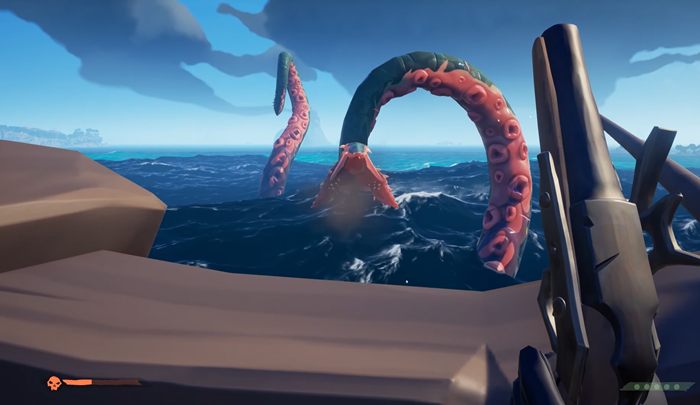 Kraken attacks with his tentacles with mouth crowning on each of them. It can embrace the ship, hit it, throw you up or under the water. Every attack causes holes in the hull, which need to be repaired on the fly. Kraken can be defeated by hitting its tentacles (red part) with all the force of cannons, firearms and even a sword whenever it is possible, at the same time being in constant motion. It is best to divide your team into attackers and repairers.

The quickest way of defeating the Kraken's tentacles is to shoot at their open mouths. If a tentacle is very close to you use a shotgun (Blunderbuss) to maximize the damage done.