One of Saints Row's first missions is Making Rent. Our walkthrough explains how to destroy the police cars and lose the cops, how to deal with the Los Panteros gang and escape your pursuers on a dirt bike. 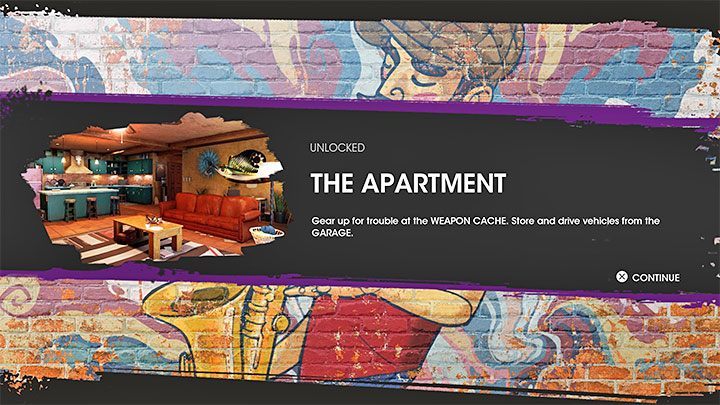 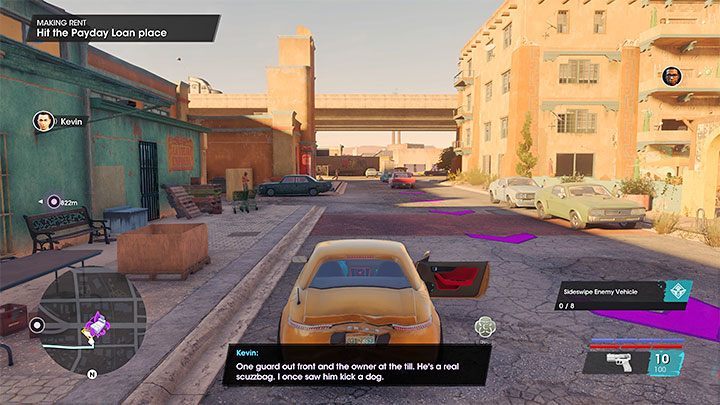 This mission starts once you reach the protagonists's apartment. Talk to Neenah, you'll find her outside, working on a car.

She'll task you to steal a vehicle. Simply enter the indicated car, nothing else is required. The next objective is to rob the Payday Loan - simply drive there and watch the cutscene.

Drive to your switch car 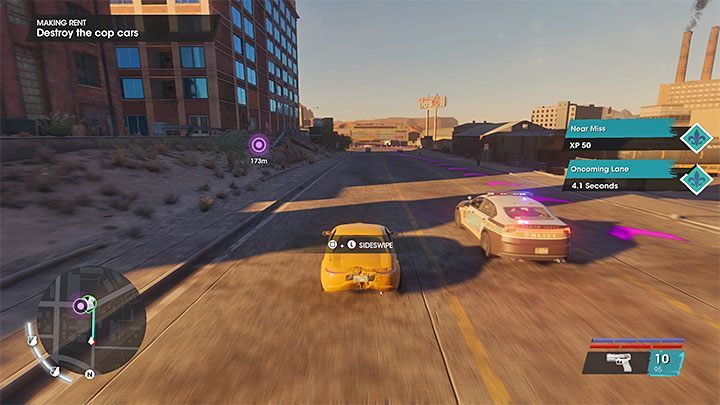 Time to make your escape. The situation will get more dire once you pass the railway crossing, as the cops will find you, initiating a chase.

During chases your most valuable asset is the Sideswipe (press Square/X on the controller while tilting the analog stick to the left or right). Sideswipes let you ram the vehicles next to you. Two or three hits should be enough to destroy most of them. Use this technique to dispatch all the police cars chasing you, then keep driving until you reach the parked car. 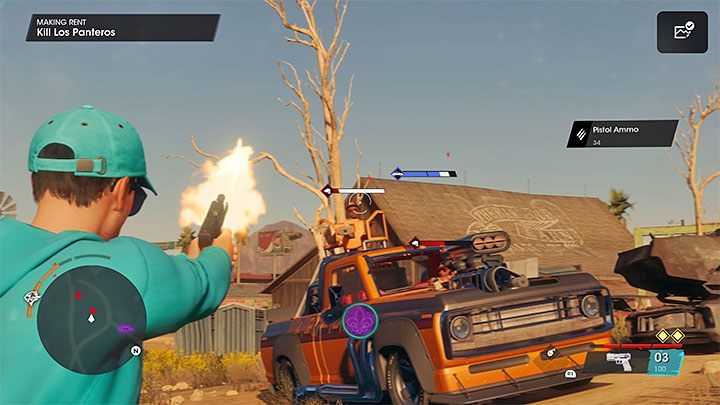 Reaching your destination should grant you your first level up, unlocking your first skill you can equip in an active slot. Once equipped, you can manually activate it (R1/RB).

Before you can grab the vehicle you'll be attacked by the Los Panteros. Engage them in combat. Be careful - they'll eventually bring in a vehicle with a mounted turret. Dispatch the gunner as soon as he appears. Remember you can use Takedowns to heal if necessary. 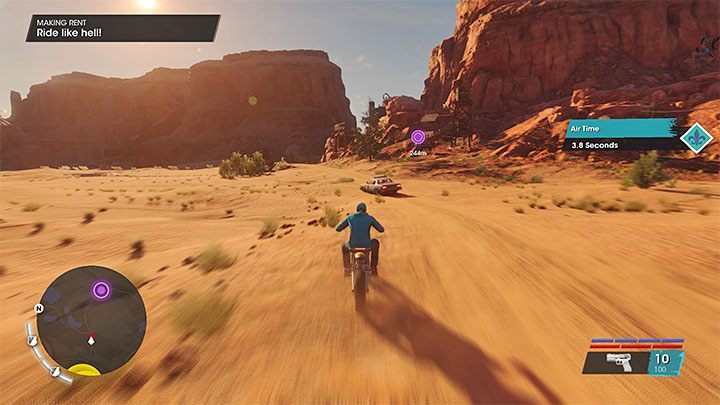 Near the battlefield you'll find parked dirt bikes - steal one of them and begin your escape. You don't need to follow the roads during the chase, but be careful not to crash and fall off the bike. We recommend avoiding contact with the police cars too.