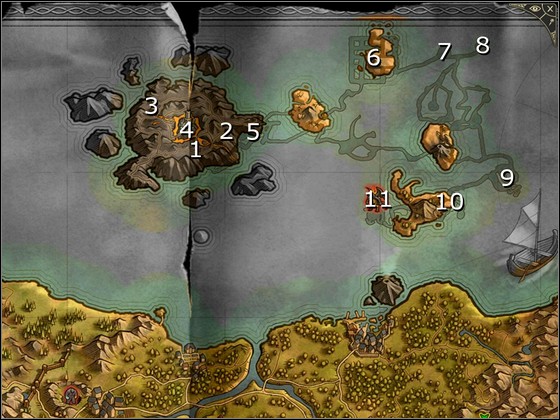 Realm of the Seraphim

Talk to the Maid of the Seraphim [1] who is standing in front of the building to the south. She will advise you to collect two pieces of the Great Machine Sculpture. The first one you will find near the building wall to the south [2], the second one will be inside. Take two pieces to Giles the Librarian, he is located in the building in the south part of the island [3]. Then talk to Sophia who is standing near the entrance to the Seraphim Tower [4]. You will learn that Liosilath has just arrived and he is waiting in the building to the south[1]. Talk to him and then return to Librarian [3]. After a talk go to the cave near Seraphim Tower [4]. 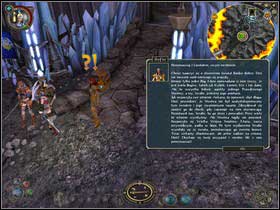 To start this mission you must talk to Dragon Hunter who is located under the Seraphim Tower. Hunter will offer you his help but first you will have to kill the dragon [5]. The problem is that monster is already dead. All you have to do is to kill some Cultist Overseers and then talk to Hunter once again. He will give you a Dragonscale and advise you to talk with the prisoners kept as a Dragon food. One of them will tell you to go to the Blackhammer who is leaving in the Labyrinth [6]. In center of the labyrinth you will find an exit. Now you will notice that you are on the small island, here you can find Blackhammer. He will ask you to kill a dragon. Return to the cave, monster will be in a small cavern [7]. Now, first of all, you must clean the area (some minor enemies can disturb you in a fight). Then talk to the dragon and kill him. After the fight go east - there you will find some Dragon Slaves [8]. One of them will show you a way to the outpost. You will find it in a small cave to the south [9]. Now talk to outpost commander, he will give you a Dragon Scale Amulet. Then go to the island in the south where you will find the next dragon - Mer-Kil [10]. 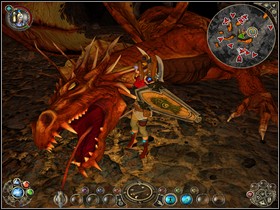 The Oldest of the Immortal 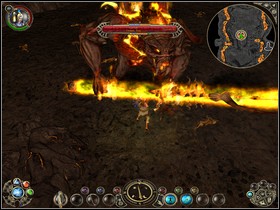