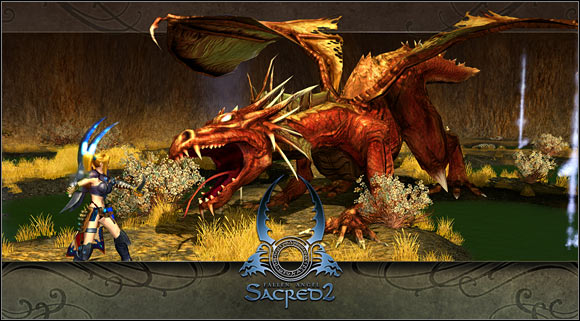 I would like to present the Sacred 2: Fallen Angel guide. I hope that informations contained in this text will help you in rescuing another world from the destruction (or conquering it just to for fun).

The contents of the guide

Basic elements of the map - Chests, Resurrection Monoliths, Portals, and ports from all chapters are presented on the maps below.

Main Quests - you have description of all main quests here (with maps) from both campaigns (Shadow and Light). I have described different starting situations too (they depend on the character that you have chosen at the beginning).

Side Quests - hundreds of other missions with the description of where to start and how to complete them. They are divided into Campaigns (some missions may have the same beginning but they may differ later), Chapters, chain quests and single missions. In addition, two most important minor missions have been described in a very detailed way.

Places, that are worth seeing - it means shrines, mini-bosses, dragons and hidden Easter Eggs. You do not have to visit them to complete the game but they may help and will make Sacred 2 even more interesting.

Character abilities - description of all abilities with suggestions of how to use them. Remember that when you will pick one ability you won't be able to change it later. As a matter of fact, your choices must be taken wisely.

Gods and their blessings - a very powerful abilities from which you have to choose one at the beginning of the game. That is why it is good to read something about them before you will create your character.

General tips and curiosities - some advices for the beginners 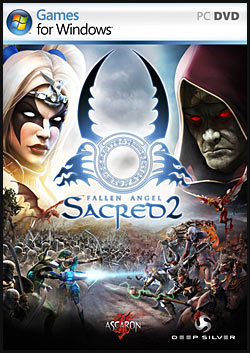 The fast 3-D action, a multitude of effects, realistic physical features and beautiful animations of the intricate Hi-Res models create a huge and realistic game world, which does not require any reloading.

An innovative emotional system and the depiction of an authentic world give life to both friend and foe. A further striking component of the graphic presentation is the unique Gore Feedback, which displays the strength and power of the player's own game character.


"Sacred 2" is the superb 3D enhanced sequel to the original Sacred, and provides more action, monsters, scenes, weapons, combos and feedback for even more fun.

- A massive, seamless and dynamic world delivering hundreds of hours of free-form exploration
- Two campaigns: play as the Light or Shadow side, complete with distinct skills, rewards and story-elements tailored to the chosen path
- Six exceptional, playable characters, each with a distinct look, capabilities and in-game motivation
- Modifiable combat arts: change, upgrade and link together your alter egos combat skills to match your playing style
- Fight effectively from the back of a number of mounts under your control; equip and upgrade your characters unlockable special mount.
- Deities offer unique combat disciplines and unlock additional quests.
- The ultimate multiplayer experience  seamless transition between single- and multiplayer gaming modes via LAN, the Internet, or Xbox Live
- Captivating online modes of play challenge gamers in cooperative, PvP and PvE play
- Extraordinary, cutting-edge graphics and Dolby 5.1 channel surround sound utilize the latest technologies for a truly immersive experience