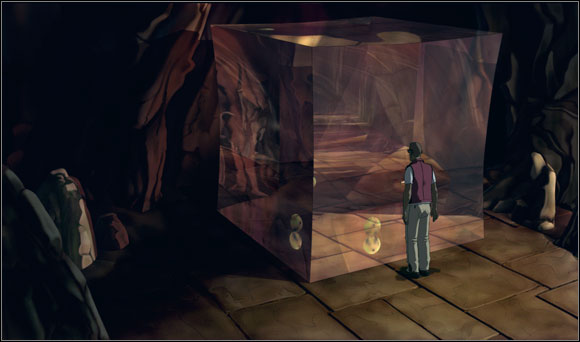 Now Brian could look around the area. First he entered the room on the left. There he saw an amazing view - big, transparent cube with some sphere inside looking like a bowling ball. He also noticed that the strange thing has a rectangular slot. There was nothing more to do here, so Brian came back to the main hall and then went to the right. 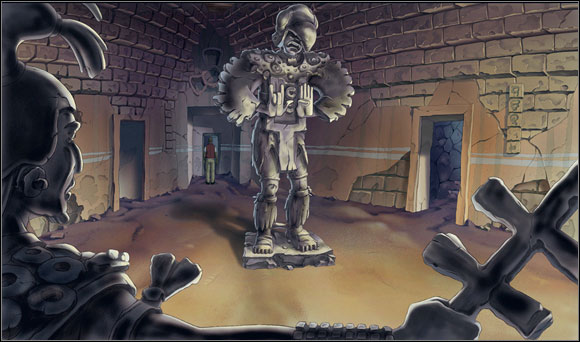 He found himself in a room with statue and two exits. First, he tried the one in the middle. Unfortunately, the way was blocked by some strange guards dressed in black. What to do? He turned back.

He tried the exit to the right and found himself finally outside. Unfortunately, after a while, ne noticed a familiar car O'Connor standing by it. The soldier told professor to get back inside and gave him an envelope from Lokelani.

Brian went back to the main hall and opened the envelope. Inside there was a ring with the same symbol as the one on the suitcase. He touched the suitcase with it - it worked! Inside he found an electronic card, catalyzing glove, sunglasses, and an unidentified object which looked like a neutralizer from Men in Black. 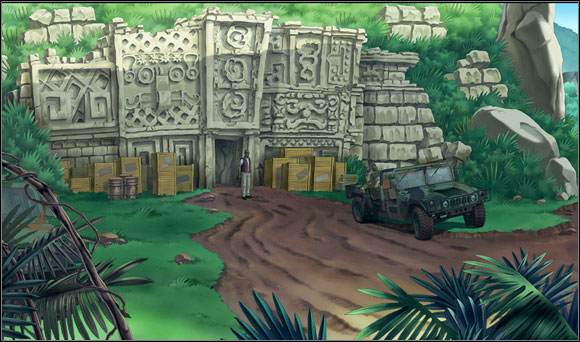 He went back to O'Connor but the soldier uncovered him. Brian wanted to neutralize Zachariah, but the neutralizer didn't work. Instead, three small marbles falls out of it. Still as the commander in disguise, Brian ordered O'Connor to be silent about him. 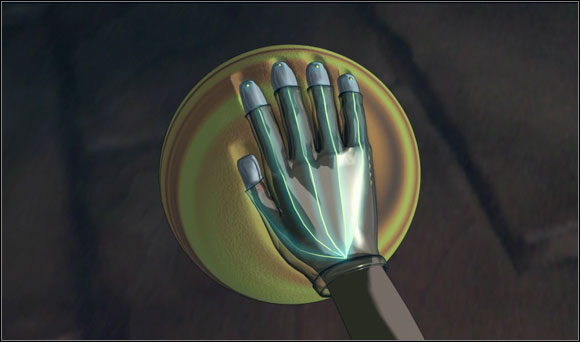 Brian went to the room with the cube. He inserted the card to the slot. The protection disappeared. "Bowling ball" was very heavy. He put three marbles into the holes in it. The object rose and Brian saw a hand imprint. He put on the glove and touched the sphere. Two miniature black holes appeared in the air! When he tried to touch the one on the left, his hand shown in the other one. It looked like some kind of magic, so he gave up it for now. It's better to know what you're dealing with. He came back to the main hall and read professor Simon notes from the computer. 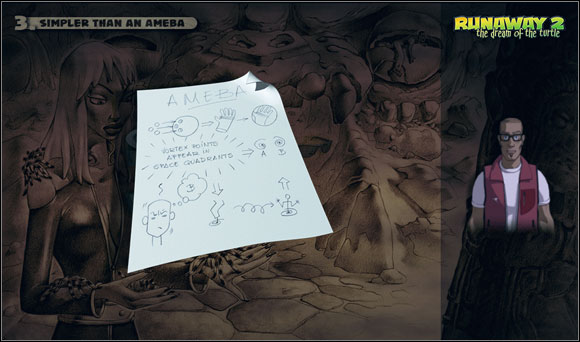 After a little while, A.M.E.B.A. held no secrets anymore. Brian drew even a scheme of its functioning. To make a long story short, it teleports a person or an object from point A to point B, while point B can be in any place that the operator concentrates on.

It's time to give it a try. Brian went back to the room with the sphere. He used the card and the glove again and selected Aluala cove.

Soon he could see what was happening near the hut of Knife and Kai. Koala and lemur were playing some kind of ping-pong while Joshua was sitting under the tree. Brian talked with him and asked about A.M.E.B.A. It turned out that the monk knew the machine because it has been used by the aliens to transport him from the space ship to the Earth. When Joshua went into particulars, Brian stopped the contact. 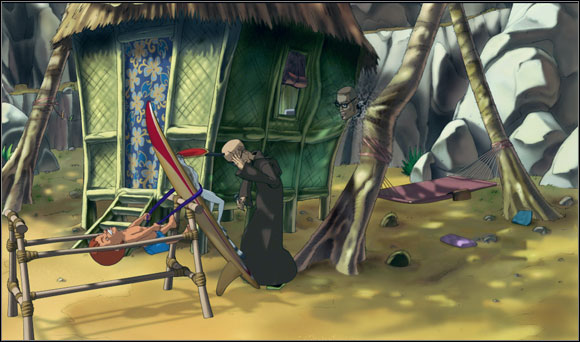 Brian decided to look at the cove again. Soon he was a witness of a dental operation performed on Little Devil. Then he returned to the main hall.

He climbed up the ladder and went along the platform toward a giant statue. He noticed a control panel on the way, but he needed a key to activate it. 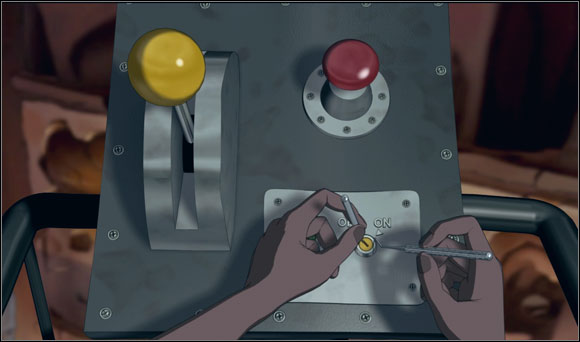 Maybe an old friend could help him? He came back to the teleport again and using card and glove connected with Joshua. He asked about the operation and requested dental instruments. Unfortunately, he lost his glove by the way. He used acquired tools on the control panel and turned on the motorized platform. It rose close to the statue mouth.