You cannot use the discovered combination in the safe, but it unlocks a new, previously unavailable path. Lara's father was very good at guarding his secrets.

Discover the mystery of the blank page 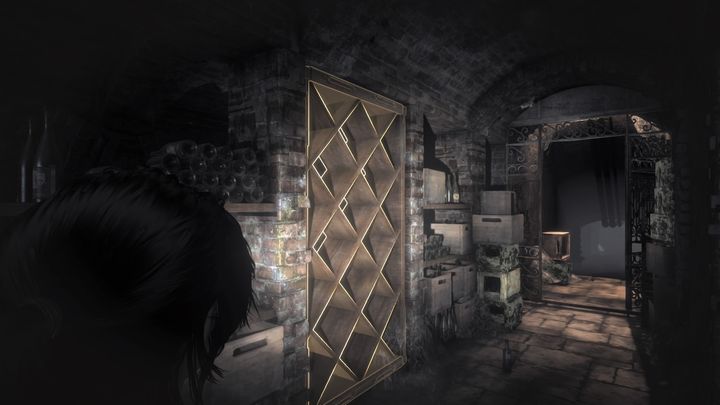 Behind the wine shelf there is a panel hidden that unlocks hidden entrance to the vault.

Use the open door on the ground floor of the grand hall and enter the room that leads to the bottom floor of the library. Pass by the door that leads there and open the one that leads to the service passage. Go down to the vineyard and reach the passage lighted with a single bulb. Use your survival instinct to notice that the completely empty wine bottle is now highlighted. Walk towards it from the wall side and move it. You will unlock a keyboard on which you must enter the code 1-4-2. A secret passage to Lord Croft's vault will open. 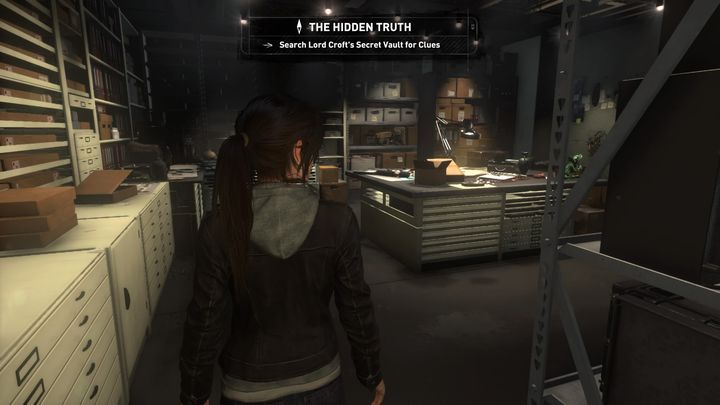 On the left from the door there is a cupboard which you can open. Inside it there is another of Lord Croft's collectibles. Walk towards the wall ahead from the door and pick up the renovation project that is lying there. On the table in the middle of the room there is a Tibetan scroll, another audiolog, a figurine and a chest in which a crowbar is hidden. Behind you, on the shelf, there is the last letter from Amelia to Richard. On the wall on the right there is a poster that is a part of the riddle. After picking it up you will notice that you can destroy the wall by using the crowbar you picked up earlier. On the right from the passage, on the top, there are two documents - a codex and a letter from Atlas. 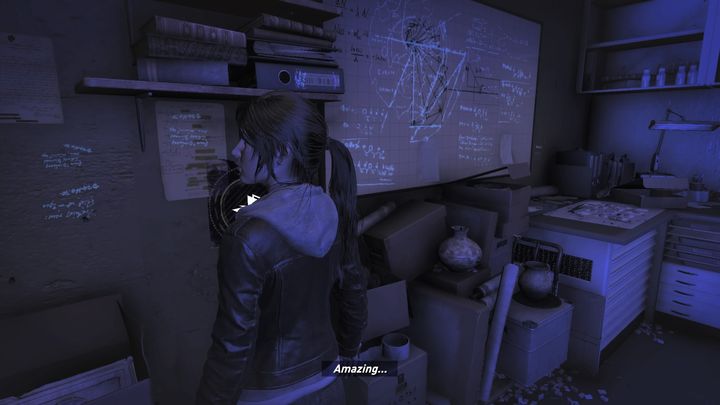 Before walking through the chink activate the switch on the right from it - this will activate UV lamps and reveal new mysteries of Lord Croft's vault.

Solve the mystery of the sun plaque 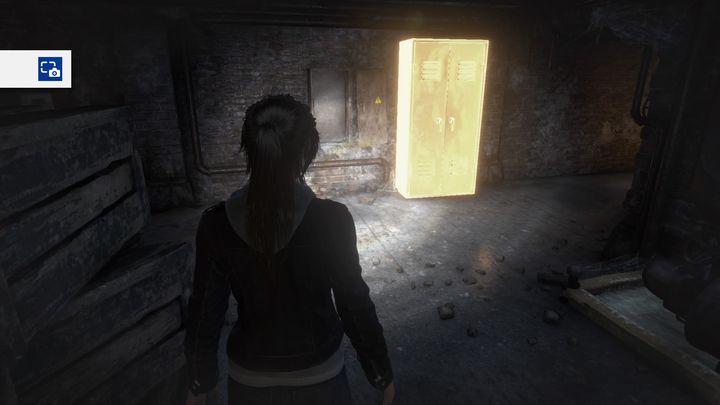 On the other side of the wall there is a corridor that leads to the secret passage to the library.

After walking through the wall you will reach the end of the path through the underground part of the manor. Open the cupboard with the crowbar and take the documents. Then go back to the vineyard where next to the table with the chessboard there are two cupboards that can be opened with the crowbar. Inside the middle one there is Winston's letter. 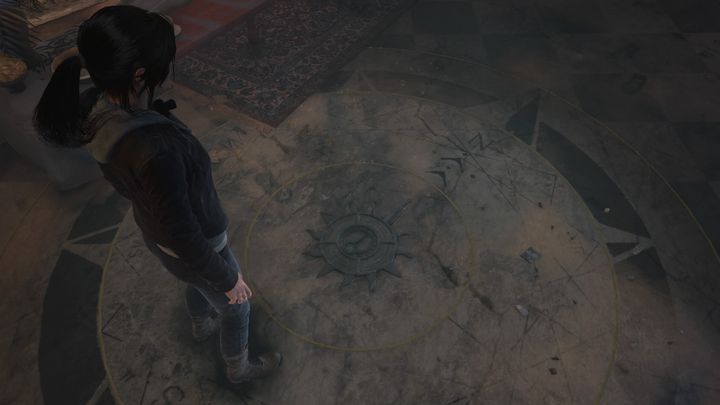 Putting the plaque in its place will reveal a secret entrance to a crypt.

Go back to the grand hall. In its middle, on the ground, there is a compass rose inside which there is a recess. After placing the plaque inside, Lara will start reciting the text found inside it. She will point you to the crypt that will be highlighted with survival instinct. You can destroy the wall that blocks the path with a crowbar.

Examine the crypt of Croft family 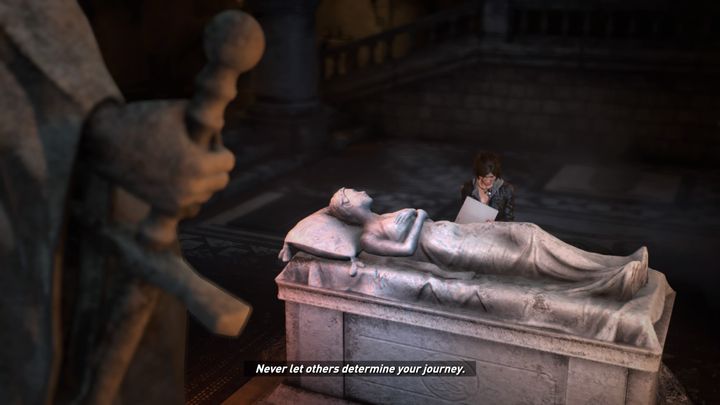 The final scenes of the game are a good ending for the whole adventure.

Go downstairs after walking through the hole in the wall. Before entering the main chamber you can pick up the audiolog on the left. Then enter the resting place of the woman and go down the stairs on the right. In the corner, on the shelf, there is a golden rose. Then walk towards the coffin and watch the cutscene. Once it is over, you will appear before the entrance to the manor and a few days will pass. Pick up the letter from the ground.

The last three relics will be unlocked only if you have a save with the main game completed. Go to your father's office. Two items - Yamatai sword and Atlas - will be located on the chests, on the left from the door. The last relic is pistols lying on the desk. After collecting them you will have all the relics, documents and murals. You will also learn the whole story of Lara's parents and you will unlock the achievement Home Raider.