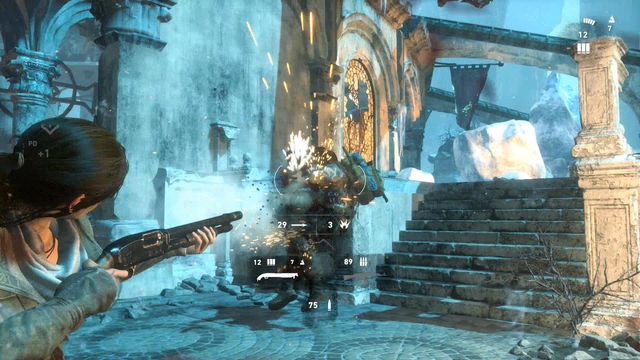 This is, nearly, the last straight before the end of the game, which is going to require open fighting with a dozen-or-so Trinity members. Try to eliminate them in a variety of styles, ranging from rifle or shotgun, to poison or explosive arrows. The latter ones are especially effective against several enemies clustered together. 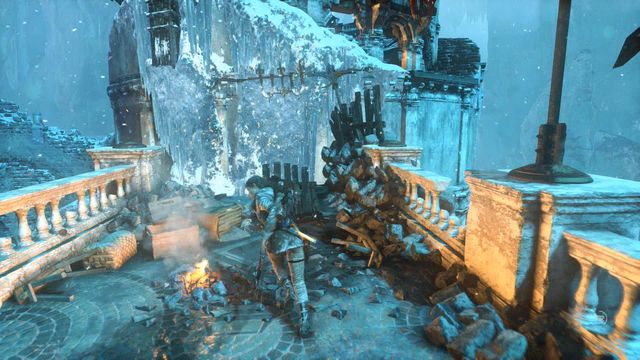 After this strenuous fight you will finally reach the last camp. This is the point of no return and after you get past it, Lara will be unable to learn any new skill, nor upgrade any items, for the several next minutes. Use up all of the remaining points. When you are ready, jump towards he ice wall. It is time to end the game. 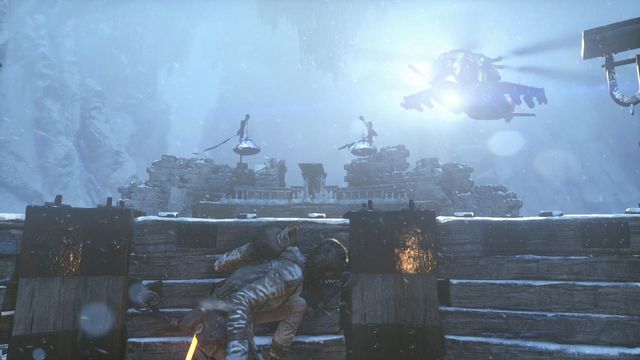 Later into the game, you will have to put up even more fight, both with mercenaries and the Deathless. The greatest danger here is the helicopter and this is the vehicle that you will be trying to get rid of, for the majority of this phase. Take cover from its fire. 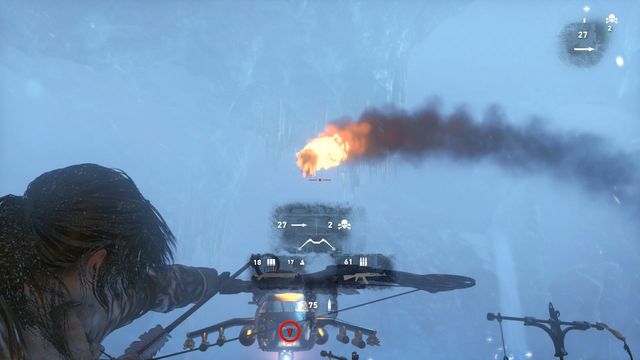 The helicopter the final boss, of a kind. To destroy it, you need timing and accuracy. You will receive a message from the Remnants that they cannot shoot the helicopter down directly, with the trebuchet. When the chopper is out in the open, you can get rid of it by shooting at the trebuchet projectile crossing the sky. What you need is arrow that makes the projectile fall apart, after which fragments of the projectile hit the chopper. What makes this easier is that fact that the projectile slows down for a moment, after it nears the helicopter. This is a perfect opportunity to shoot it down. After you manage to do this three times, the chopper will be destroyed. 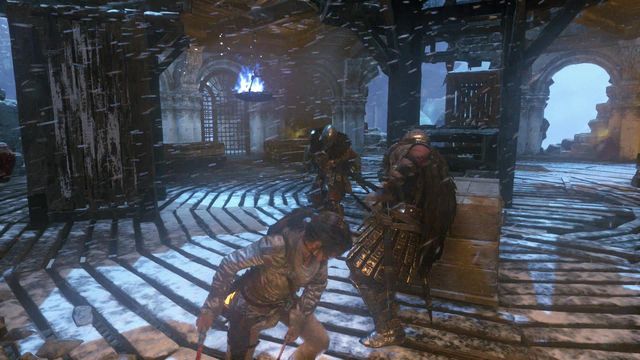 In between individual attempts to destroy the helicopter, you will still have to fight other opponents. 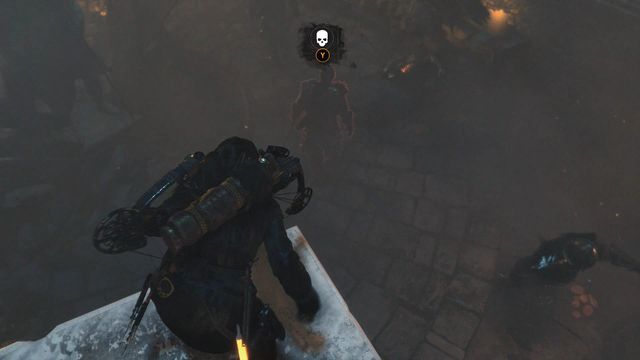 This is nearly the end, because there are only seven Deathless, who are oblivious to your presence, to kill. Engaging them in an open fight is pointless. Use the bases of the columns to kill them, while operating in shadows for the whole time. 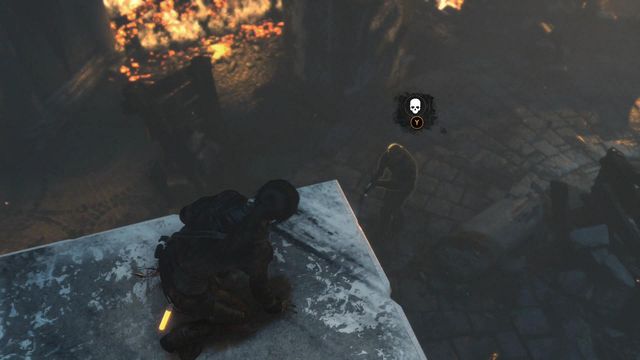 As soon as Konstantin appears, try to disappear from his sight and climb the column, from which you have just been eliminating the Deathless. This way, you will be able to attack him with the hatchet. 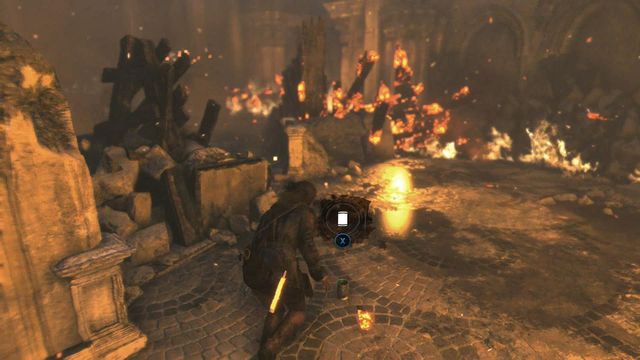 After you wound Konstantin for the first time, the fight becomes more difficult, because all of the columns will be destroyed. The only way to survive and distract the enemy is to grab one of the cans scattered around the ground and tide from Konstantin. Sneak up to him and, when he is walking by you, throw the can to distract him. As soon as he turns away from you, attack him with the hatchet. 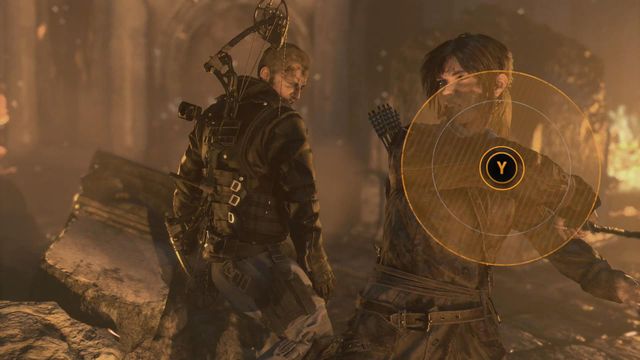 You need to be careful after the second attack, because Konstantin will be trying to counter you. Dodge (B button) and counter him (Y button at the moment, at which the circle remains within the yellow field of the wheel). This will end the battle. 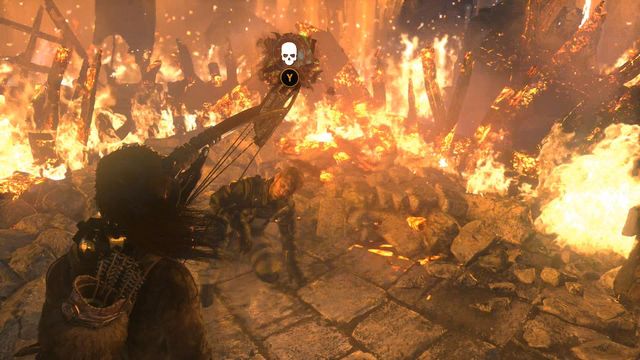 Konstantin is defeated and Lara can land the last blow.