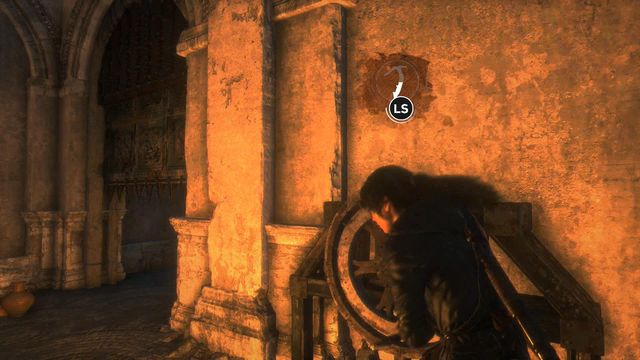 After the fight with the Deathless at the yard with the horse statue, two new rooms open up. In one of them, there is a winch that opens the small gate. 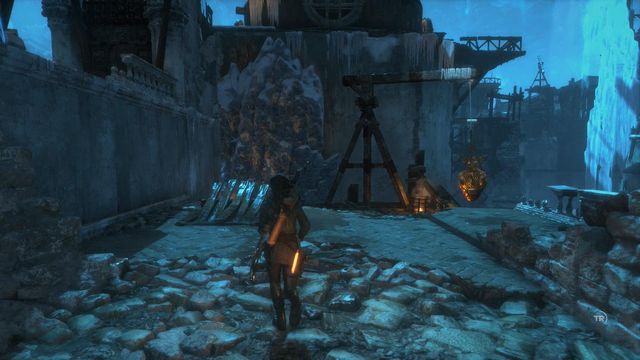 You will reach a trebuchet. To climb onto it, you need to take several steps first. Shoot an arrow towards the horizontal beam wound in rope. Lara pulls the rope and spins the beam, thanks to which the dangling basket moves to the other side of the beam. 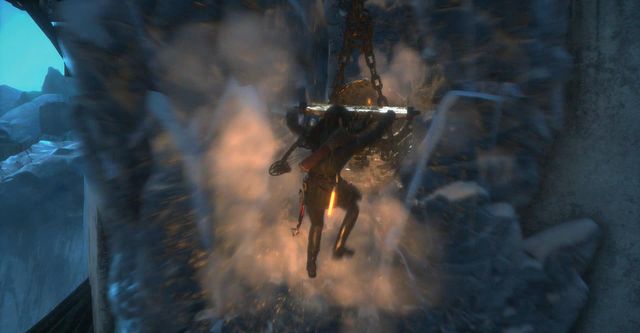 Jump onto the basket and it will smash the thick layer of ice in front of the passage. 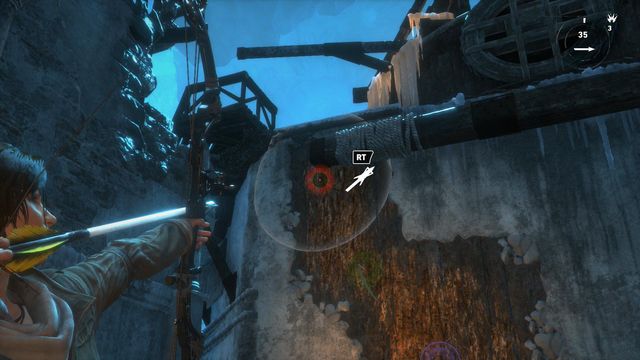 Use bow to drive three arrows into the wooden surface of the structure, just like in the screenshot. Thanks to this, you will make it over near the base of the trebuchet. 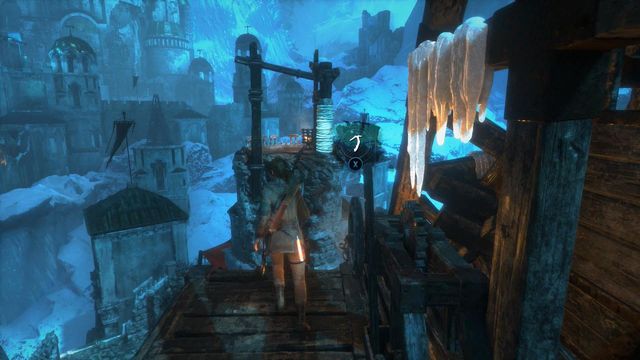 Climb onto the trebuchet and start turning it. Stop as soon as you face the vertical beam wound with rope. Jump near it. 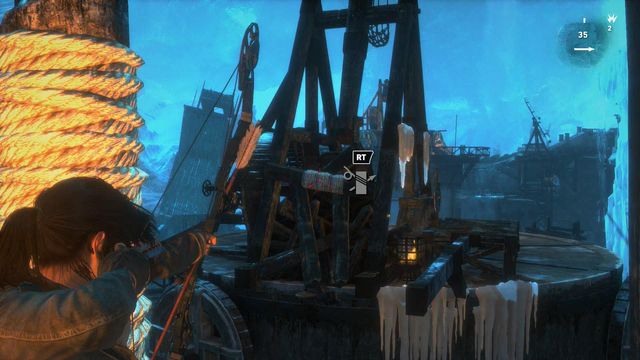 After you do that, stand next to the pole wound with rope and shoot an arrow at the horizontal plank that is blocking the trebuchet's arm. Lara will pull the rope. Jump over to the trebuchet again and give the winch a spin. The rope will rip off the blockade and you will unblock the arm of the engine. 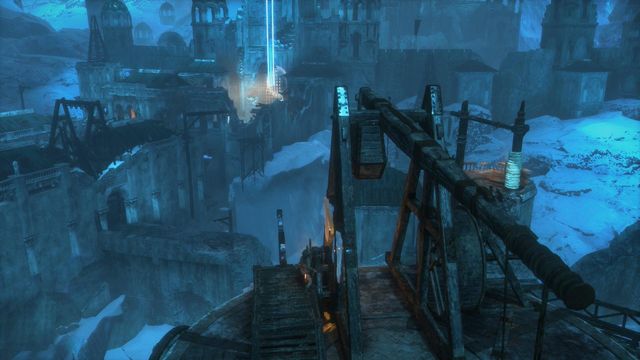 Turn the trebuchet towards the gate and press RT button to adjust the force of the shot. Wait for the marker to align with the gate and fire. This does not destroy the gate and more Deathless will arrive.