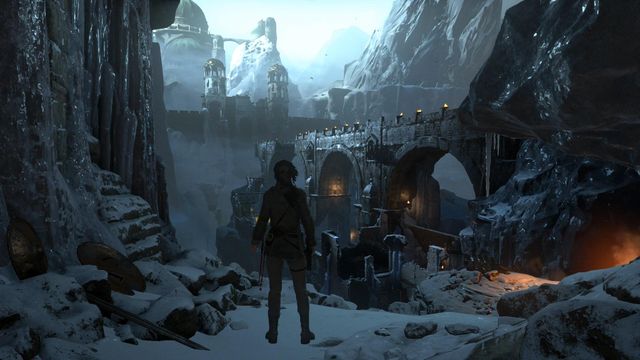 To make it over to Kitezh, you first need to cross a huge bridge. Zip down the line. 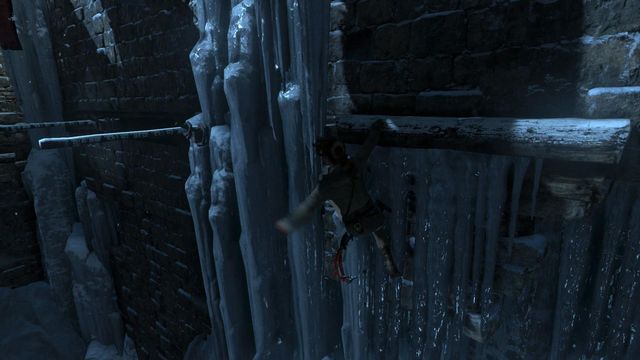 Keep jumping to the left. 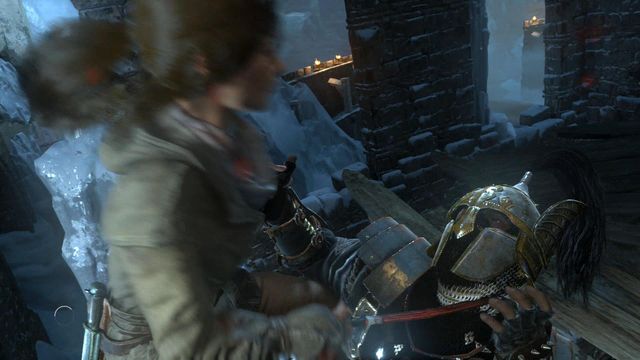 Towards the end, Lara will be attacked by a Deathless warrior. To defeat him, you need to tit him with the hatchet several times, by pressing Y button. 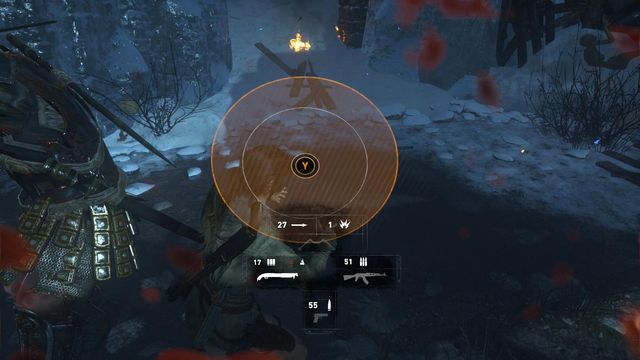 From now on, fighting open fights becomes a real ordeal. The Deathless soldiers are very tough and they are very well-armed, often they carry huge shields. However, they are not invincible. Archers are highly vulnerable to explosive arrows. You can try to defeat infantry men by performing a dodge and countering afterwards. Try to kill an enemy in this exact way, at least once, because this is going to win you the Fearless achievement (Defeat a Deathless swordsman only melee attacks and finisher). 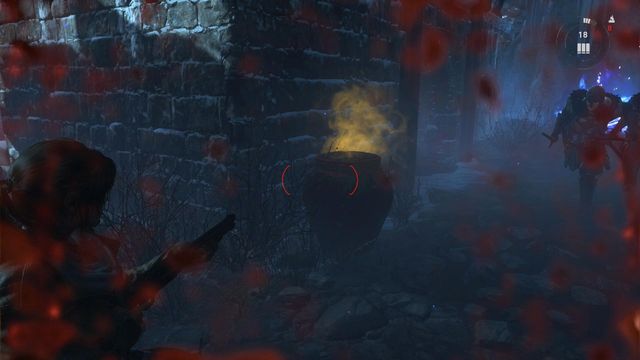 You can also kill the Deathless by shooting at huge vases. Wait for the enemies to stand near one and shoot at it. 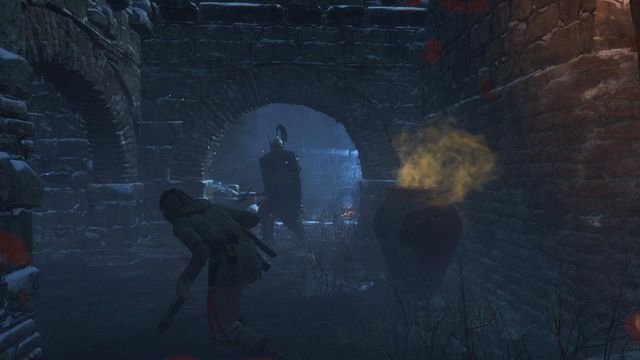 Try to change positions quickly, because you can be surrounded by several enemies. In this location, there are medium-sized ruins and this gives you quite a lot of space to maneuver. Replenish your ammo dropped by the Deathless that you kill. 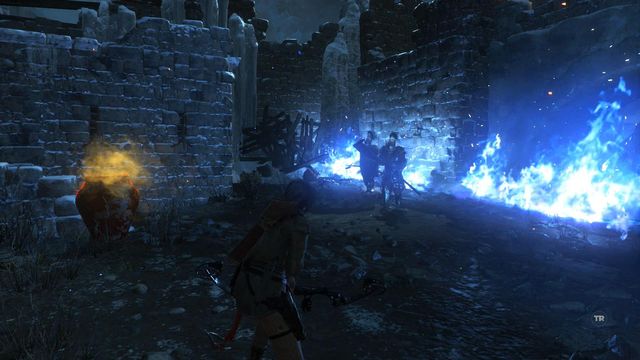 The last phase of fighting with them in this location is restricted to a smaller area surrounded by blue flames. Follow the exactly same steps as previously. Try to lure enemies near explosive tanks. It is best to eliminate archers with explosive arrows, or with your hatchet at close quarters. 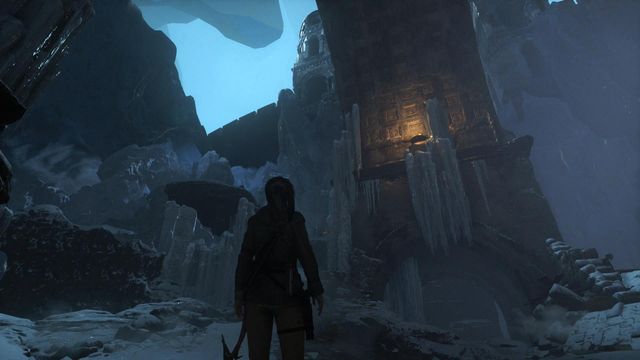 After you defeat all of the enemies, the flames in your way disappear and you will be able to proceed on.