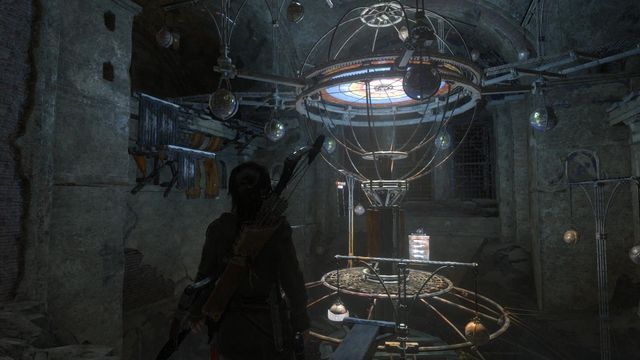 Soon, you will reach the planetarium. You need to climb to the very top of the device, but this will require some work of you. 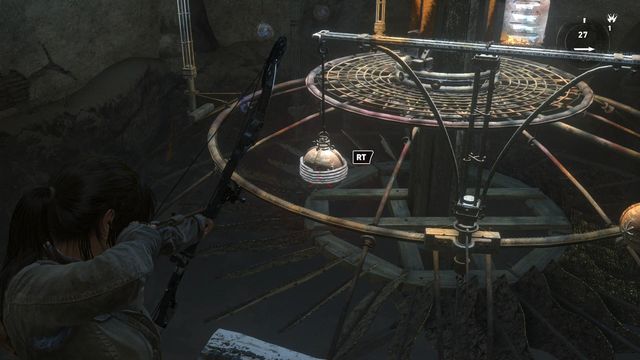 While standing on the edge of the ground, fire at the first orb wound with rope and Lara will turn the first balance beam by 90 degrees. 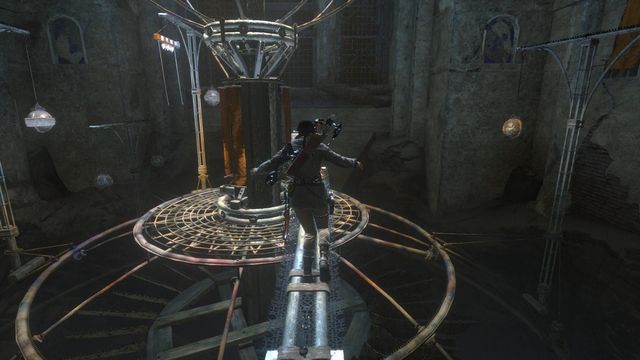 Jump onto the balance beam and run towards the base grate of the device. 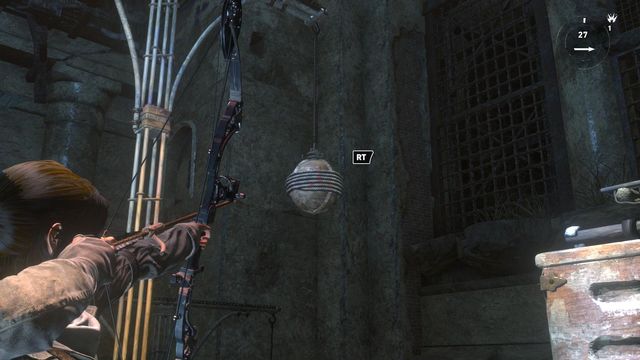 While in the center of the location, you will note two more orbs wound in rope. Shoot at the first one twice. 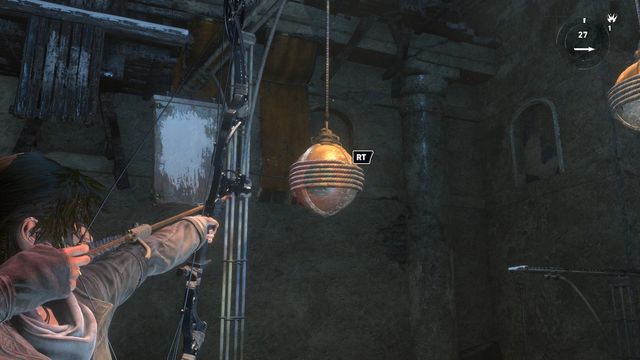 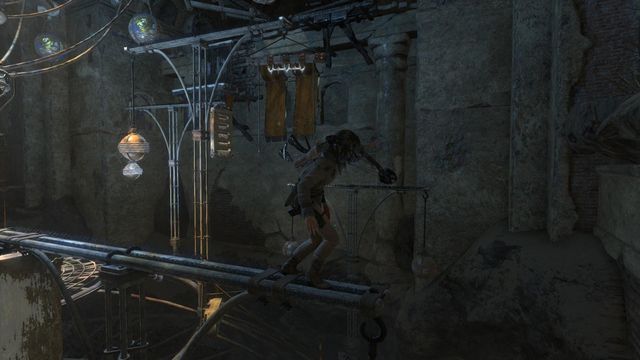 Now, after you jump onto the properly positioned beam, use rope and hook to swing to the next one. From there, you still need to jump onto another one and climb to the higher level. 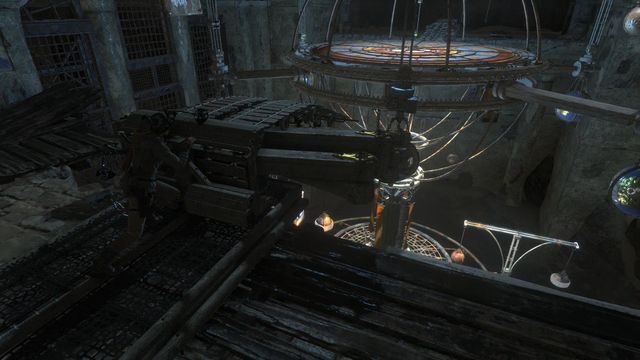 Lara will get to the middle level of the planetarium. The entire area should be revolving, but it is still blocked. Push the first mechanism and make it as short as possible (the above screenshot). 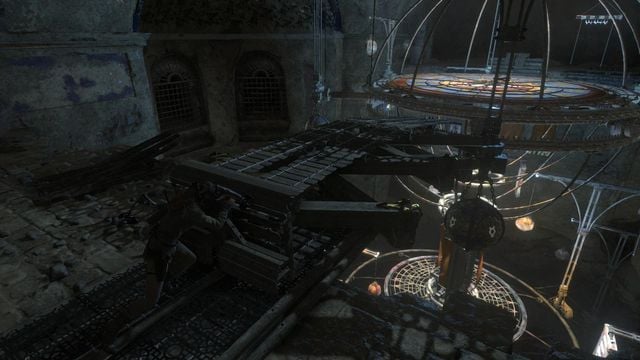 Jump over to the other side and release the blockade here also. The planetarium will start to spin. 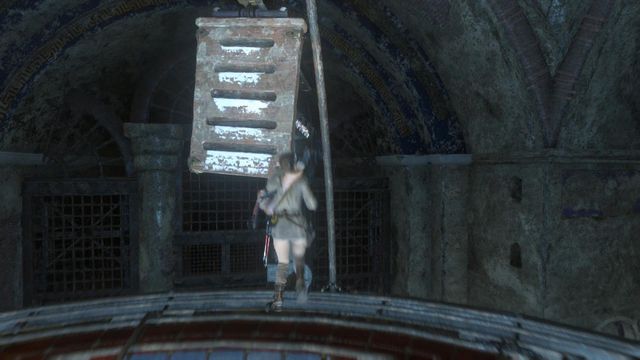 Jump onto the middle platform and then, over onto the spinning element that you can see above. 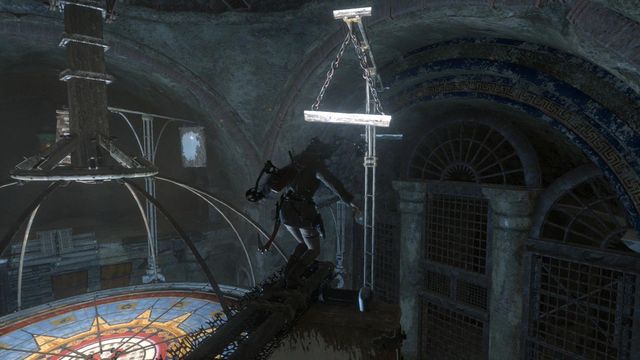 While on the turning beam, you need to jump over towards the beam hanging on chains. Both of the platforms are spinning, so it is imperative that you time it well. 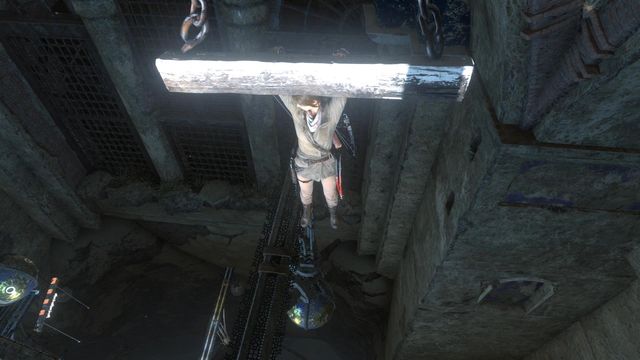 After you manage to get to this part of the planetarium, and with Lara hanging down from the beam, change camera position to see what is underneath. Your task now is to jump down onto the element below. At the right moment, Lara should say that this is the time to drop down, so do not hesitate any longer and press B button. If you have done this correctly, Lara will drop onto the element. 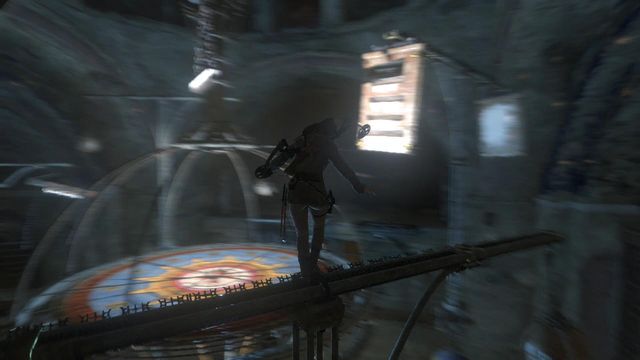 While on the turning beam that you have just dropped onto, you need to jump over onto the next turning element - seen in the screenshot - and climb onto another beam over it. 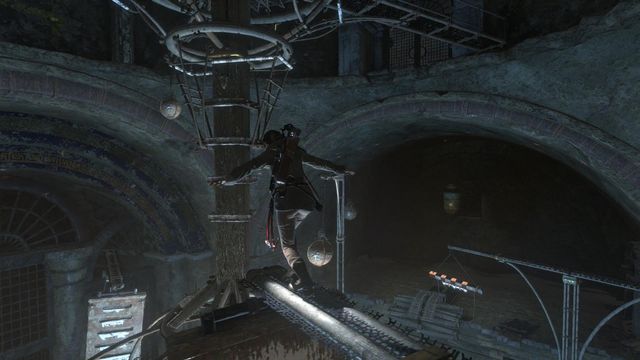 The beam keeps turning, but when you get opposite the central part of the planetarium, which is the huge wooden pole, jump over onto it and climb higher. 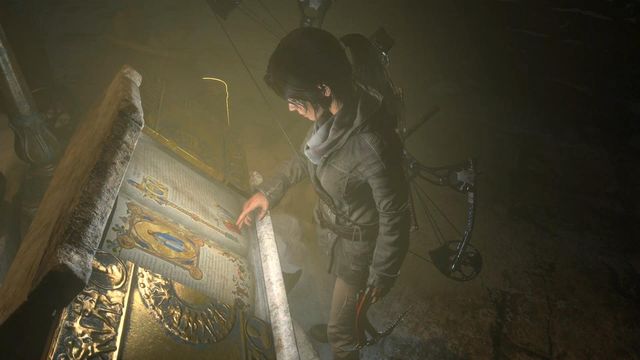 Along any path, make it over to stable piece of ground and open the book there, thanks to which Lara learns an ancient skill. 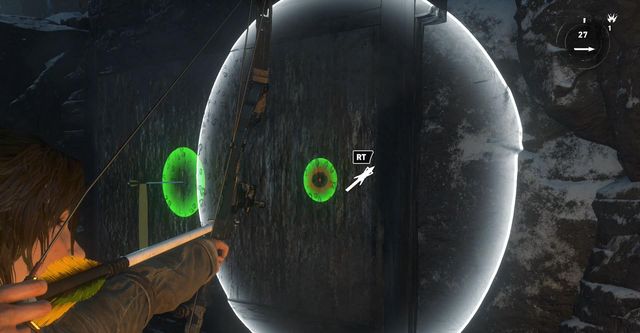 The last thing left to do is to make it ahead and use broadhead arrows several times, to climb over.