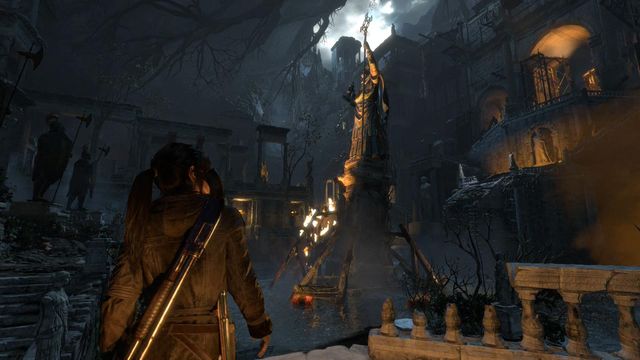 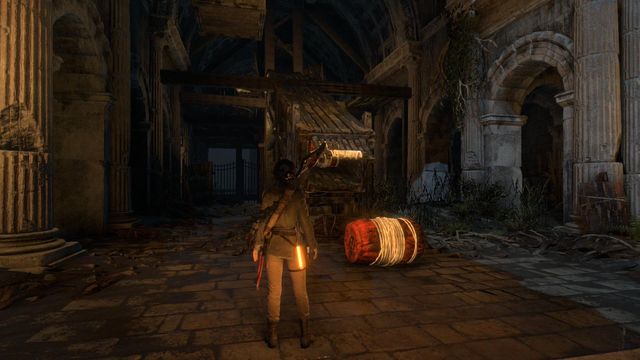 By the yard entrance, turn right and you will reach the spot shown in the below screenshot. Shoot at the lid of the ramp and pull the string. Thanks to this, down the ramp, a barrel wound in corpe rolls down. 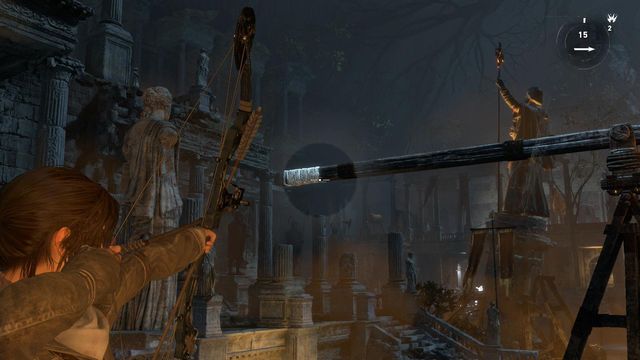 The barrel stops at the edge of the pool. While next to the barrel, shoot at one of the arms of the balance beam. 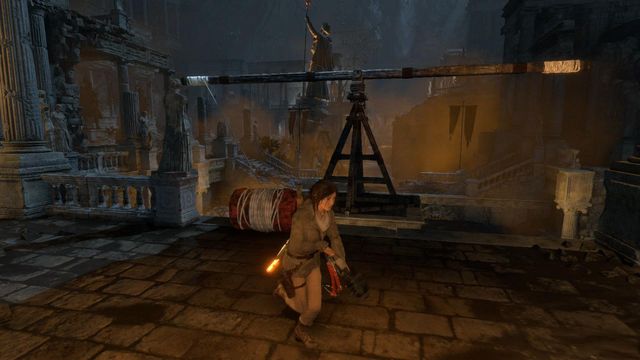 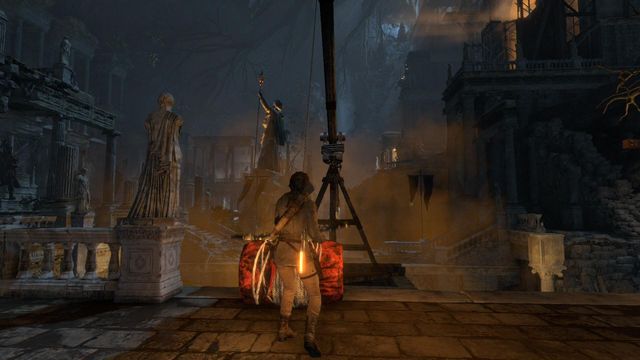 Release the second barrel from the ramp and tie it up to the other arm of the balance beam, thanks to which you will level the beam and raise the first barrel a bit above the water level. 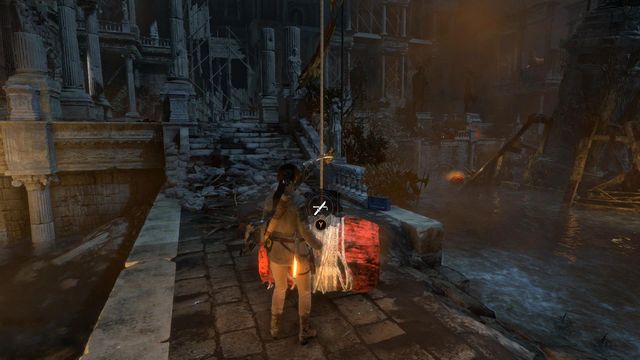 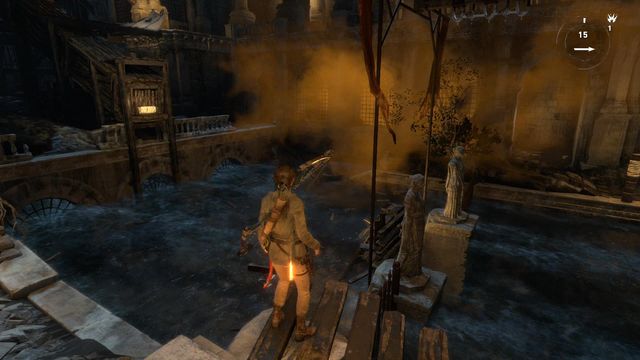 At the other side of the yard, there is another balance beam. Stand in the spot shown in the above screenshot and fire an arrow towards the lid. A barrel will come down and it will stop by the blockade. 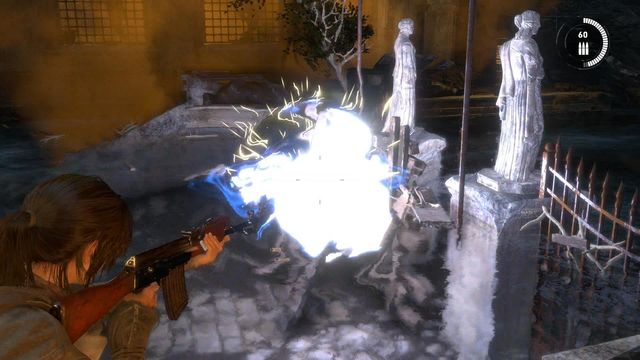 Shoot at the barrel, which destroys the blockade and makes a way. 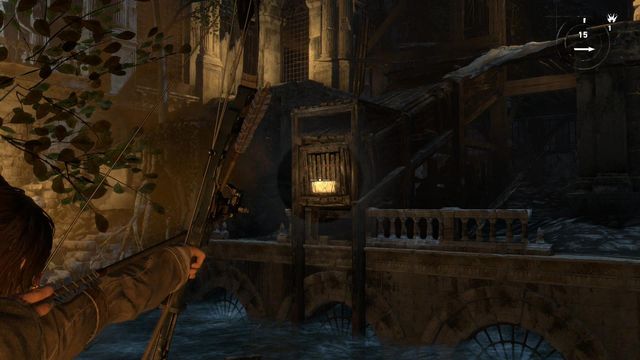 Get over to the other side of the pool and shoot at the lid again. Another barrel will come falling down and it starts following the water current. 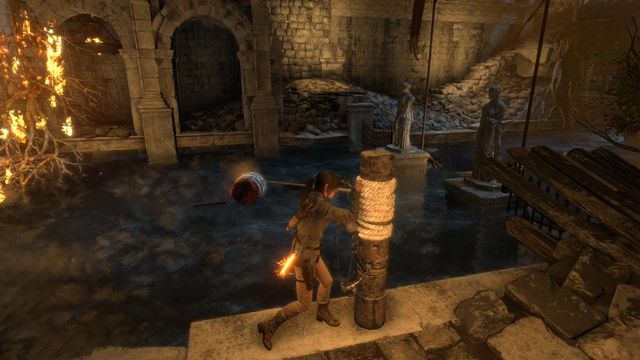 Quickly, follow the water current for several steps and stand next to the pole wound in rope. AS soon as the barrel floats by the pole, shoot an arrow towards the barrel and Lara will tie it to the pole. 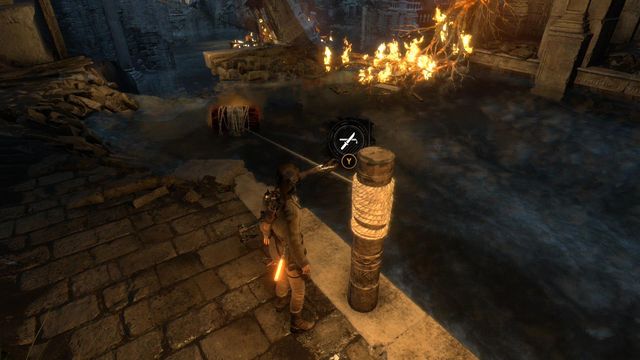 The barrel will get pulled to the left and does not explode in fire. As soon as it stabilizes, cut the rope and the barrel will follow the current. 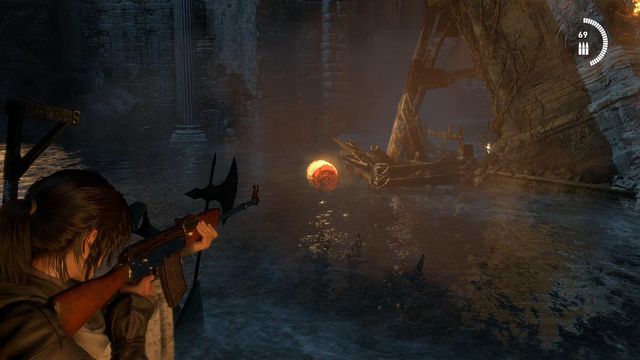 Now, fire at the barrel. The statue will collapse and make a way for you.