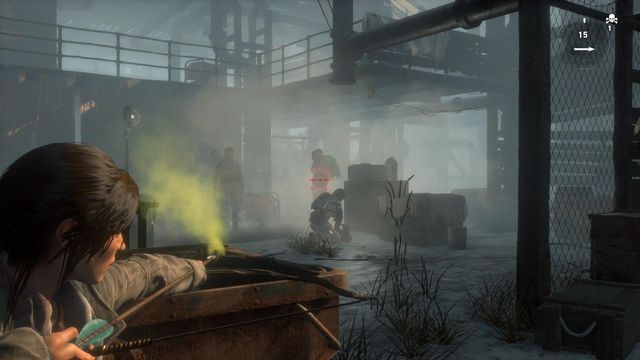 You will reach a room, where several soldiers are trying to crack a safe. Use poison arrow and fire it at the soldier in the middle. All three should be incapacitated this way. 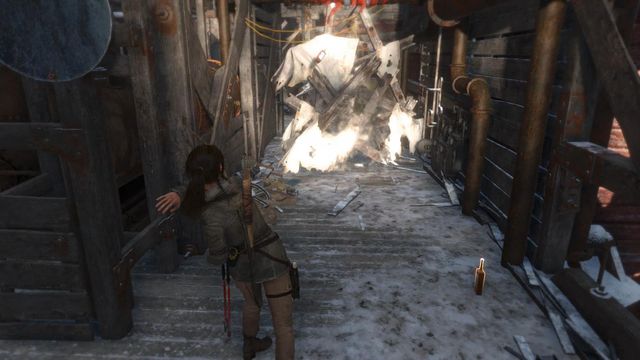 Fight your path ahead with Molotovs and be prepared for one more, tougher this time, fight with opponents. 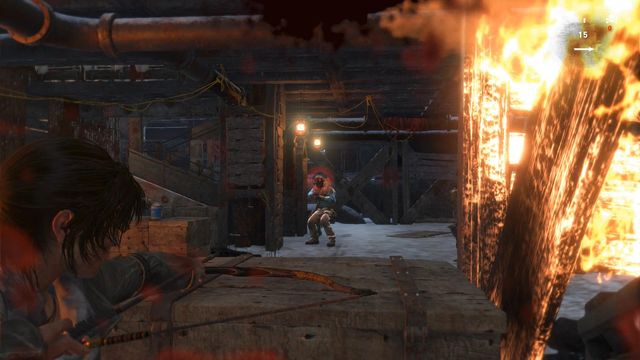 While killing more soldiers, keep running up the location. Around, there is fire ravaging the installation, but you can make it even bigger, by shooting at oil lamps and throwing Molotovs. 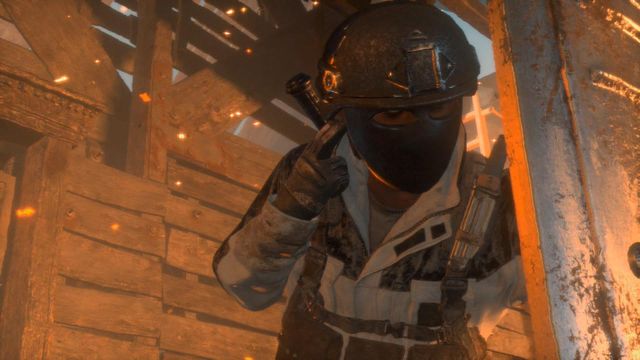 In the last phase of the fights, three heavy, shielded opponents step in. Shields make them completely immune to bullets, which makes firearms completely useless. You can try to throw grenades and Molotovs at them. 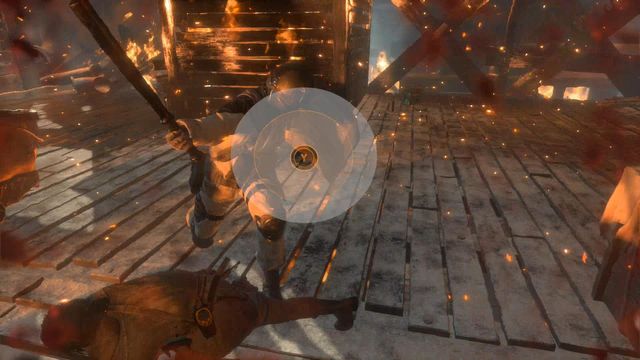 However, the most effective tactic is waiting for the right moment, when a soldier takes a swing with his baton and attempts to hit you. You then need to dodge quickly, by pressing the B button, and then press Y the moment the icon in the screenshot appears on the screen. You need to press the button at the moment, at which the circle enters the shaded out area. Two successful dodges followed by a quick attack (Y button again) should be enough to eliminate each of the opponents. 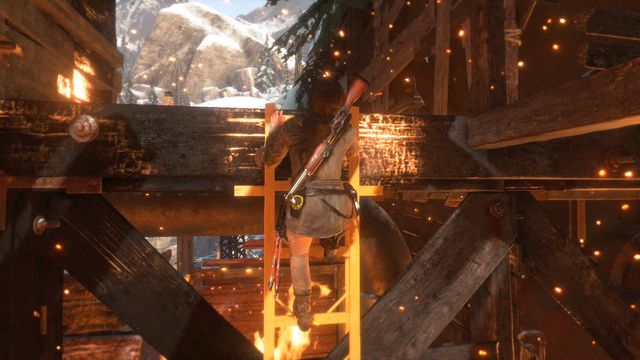 After you defeat them, go up the location and climb the ladder to get outside. 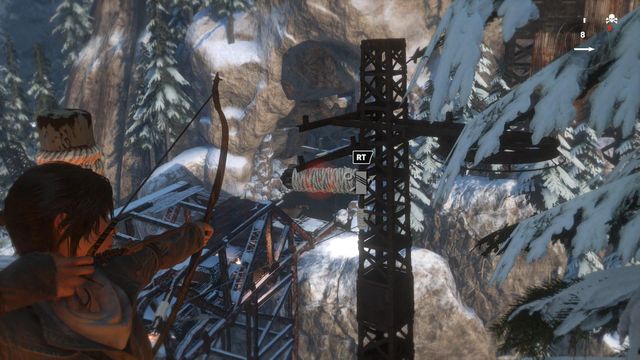 Shoot an arrow towards the bundle that you can see and zip down the line.