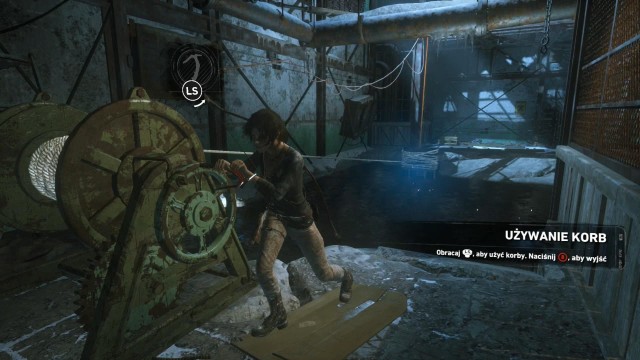 At some point, you will get into the room, where you cannot cross the flooded floor, because of the live wire in the water. Stand behind the large hoist and aim bow at the object covered with rope, at the other side. Shoot the arrow and Lara will automatically attach the other end to the hoist. Now, stand next to the hoist and use the crank in the direction of the arrow displayed on the screen. Lara will fish the wire out and you can follow the path. 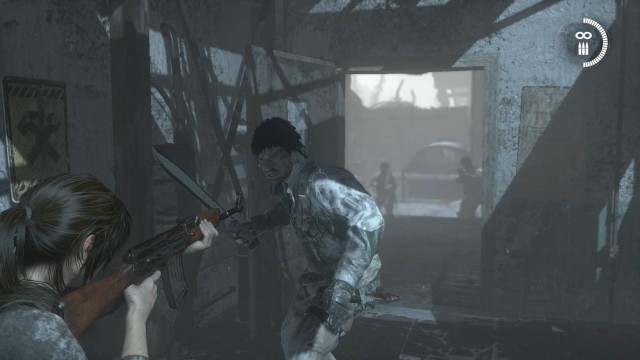 After a while, you will be up for a longer fight. At the attempt to cross the door, Lara will wrest a rifle out of soldier's hands. Time will slow down. Try to eliminate three opponents by shooting them in the heads. Aim at the head of each of the opponents, wait for a fraction of second, for the crosshair to get as big as possible and shoot only one bullet per opponent. Thanks to this, you should be able to kill every opponent before time returns to normal. 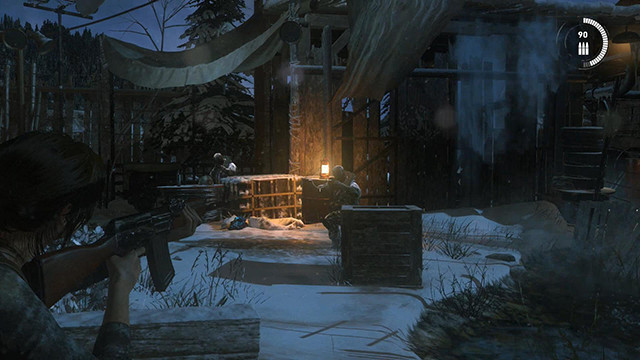 There is no other way to get past the rest of the guards than by shooting them as well. Use covers, try to fire the rifle in single shots and aim to their heads. Also, note the lit oil lamps and red barrels. By shooting them, you can cause fire and explosions. 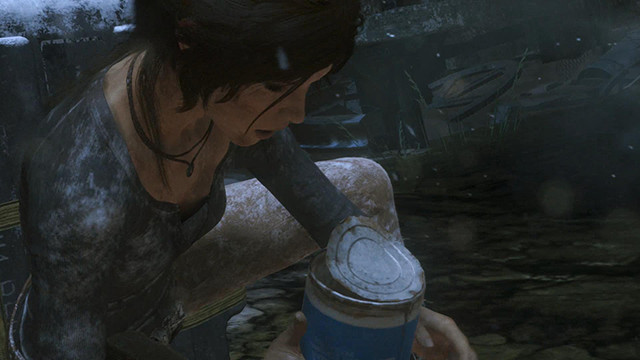 Lara will also receive a skill of crafting grenades of small explosion radius. You can use them, but to make them really effective, you need to be accurate with them. Sometimes, if a grenade explodes near the enemy, it stuns him for several seconds only and there appears the icon with letter Y above his head. This means that you need to run up and finish the opponent off with your hatchet. 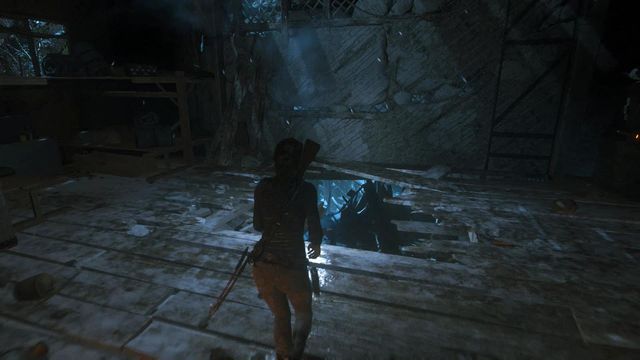 After a longer fire exchange, one of the opponents will make a hole in the floor, after he drops dead. Get through that hole. 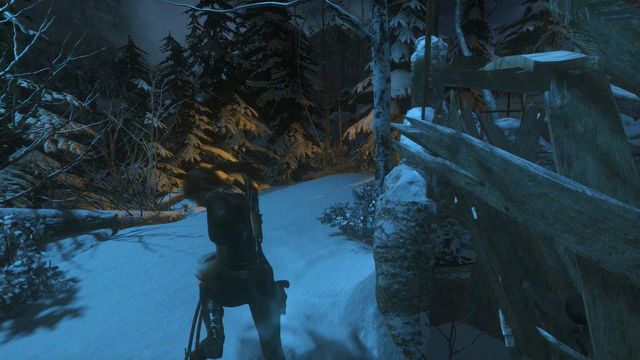 Once you leave into a safer area, you will find another camp. Use it and the game will save the checkpoint. 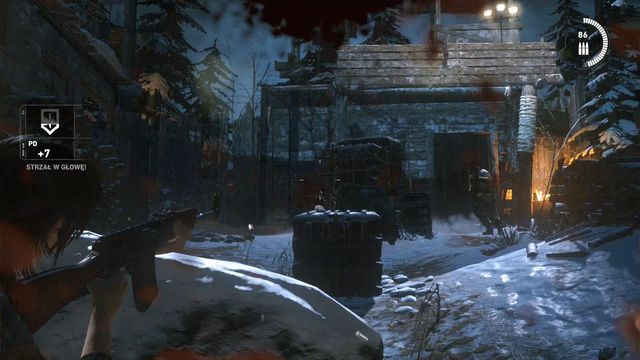 It was necessary save at the camp, because there is a major fight with large numbers of opponents. Try to avoid getting chaotic and eliminate the opponents one after another. 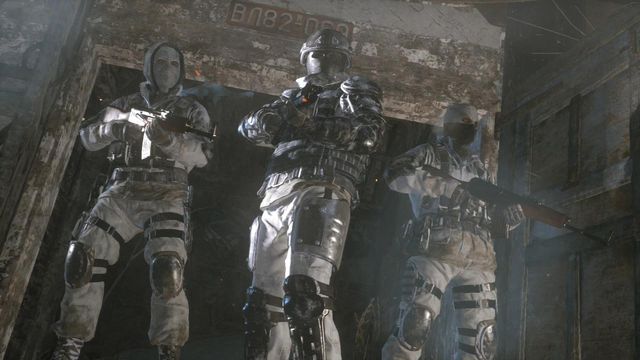 Towards the end of the fight, there appears an armored enemy on the battlefield. Eliminate quickly him and two other men. Leave the armored man for the end, because his chest and head are clad in iron. This is why you should target his legs. Several short bursts should get the job done.