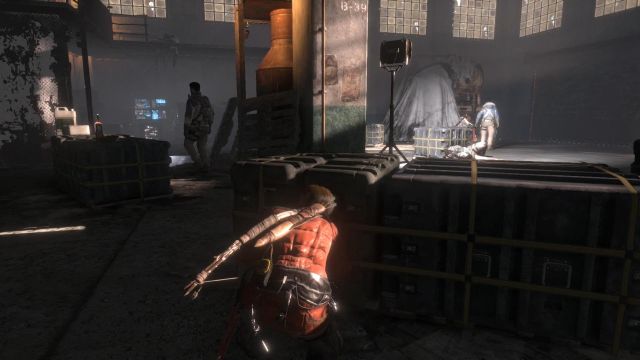 You will get into a big hangar-like area. Here, deal with things silently. In the first place, shoot the soldier a level above you with the bow. It is very important that you shoot him in the head. Note that while circling around he makes a stop in the same spot. This is a good moment to aim at him and take him down. In the above screenshot, in its upper-left part, you can see that the soldier is already dead and the remaining ones do not realize that. Now, silently, get the soldier strolling on the left, from behind and choke him. 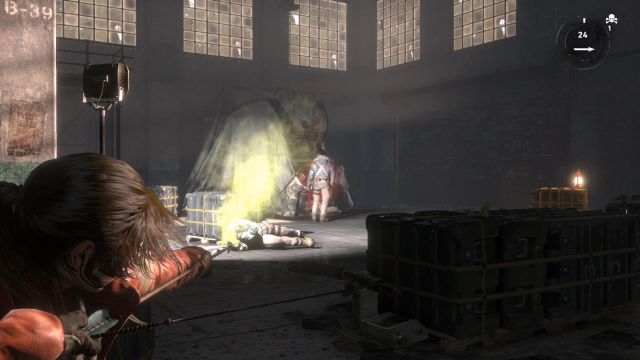 As soon as you do all of the above quickly and efficiently, the soldier that used to stand on the right side of the room, approaches the other two opposite. This is a perfect moment for you to eliminate all three in one shot. 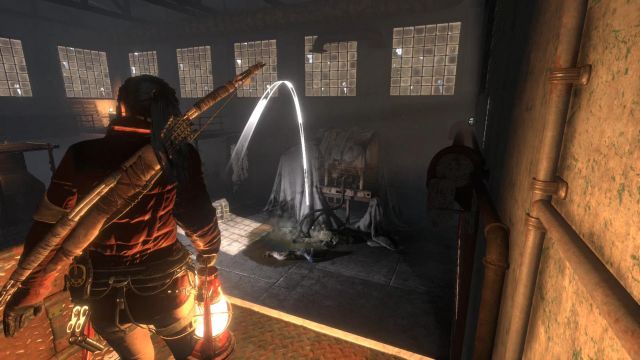 Over the scaffolding, you can get to the upper level of the hangar. Take the oil lamp there and throw it at the heap of junk, as shown in the screenshot. This will cause an explosion and a soldier will dash into the room. As soon as you are prompted by the Y displaying above his head, perform the air assassination. 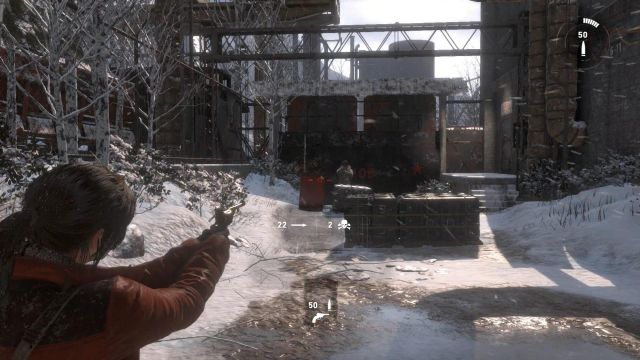 Kill the opponent outside. You can shoot at the red gas tank next to him, which will cause an explosion. Finally, exit through the hole in the gate shown in the screenshot, on the right. 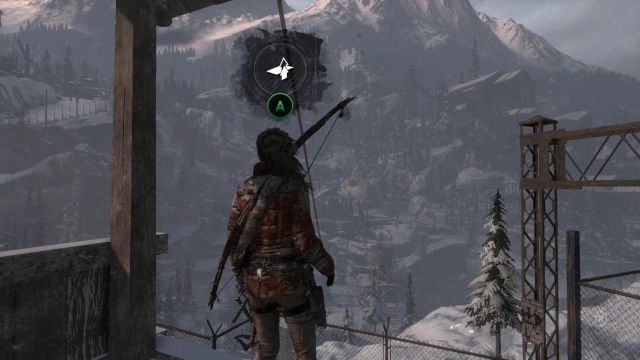 You will find another camp. To get ahead, climb up the ladder to the watchtower and zip down the line. 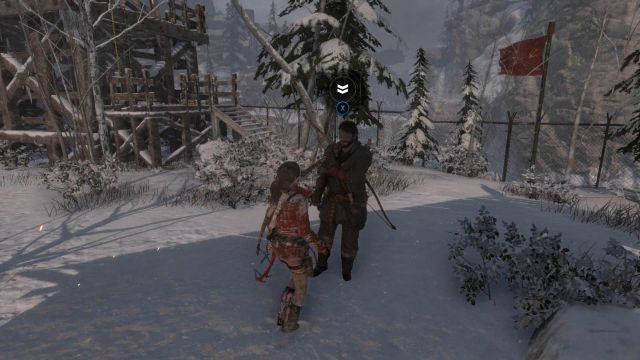 Right after you zip down the line, you run into one of the locals known as the Remnants. From now on, Lara can take side missions from them, thanks to which you will get experience points, new gear and new skills. The first mission, Communications Breakdown, requires you to destroy five communication towers in this area. In return for that, you receive the lockpick that allows you to open some of the chests and lockers. 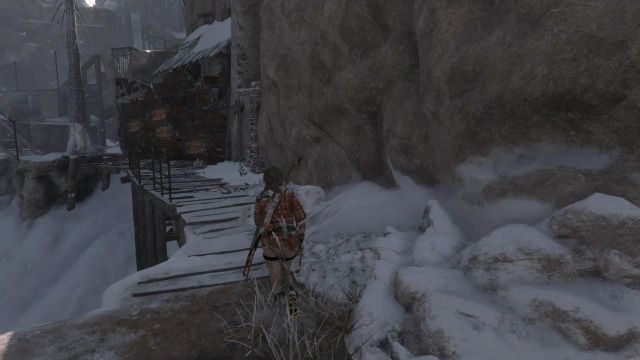 After you receive the side mission, it would be best to focus for several dozens of minutes on exploring this location. Here, you find interesting locations such as tombs, and the abovementioned communications towers. Also, spend some time on obtaining some experience points and, when you have plenty of them, approach the spot that Lara's instinct leads you to. Jump towards the rock and jab the hatchet into it - you do that the same way as in the case of ice walls. Dash ahead, past the camp. As soon as you reach the wooden plank, you can go ahead, but the plank breaks and Lara drops into the area below. However, this is a good course of events, because you find some resources here. You will have to repeat previous steps. If you do not want to fall down, in the spot shown in the above screenshot on the footbridge, turn right and you will spot a climbing route.