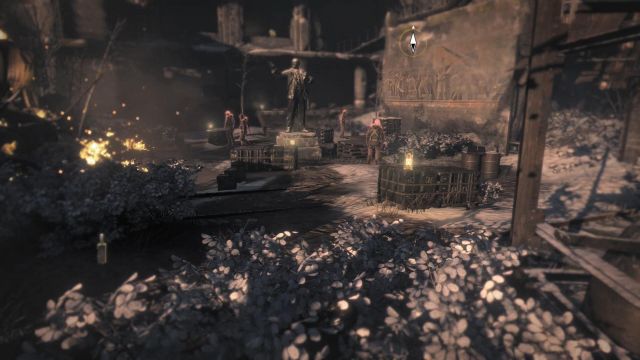 Several steps ahead, you will run into a larger group of enemies. The game will inform you of Lara's combat instinct, thanks to which you can tell which enemies see each other at the given moment. This will allow you to plan on your steps. In this case, it is best to choke the closest soldier that is carrying crates, as soon as he gets out of the sight of the rest of the enemies. Then, you need to shoot the soldier strolling a level above, by shooting him on the head with an arrow. To eliminate the two soldiers standing together, you can use the oil lamp on the crates. You use it identically with empty bottles, to distract enemies. Just, do not aim somewhere next to the soldier, but straight at him. He will burst in fire. Then, eliminate the rest of the soldiers, run into the building and climb up the stairs. 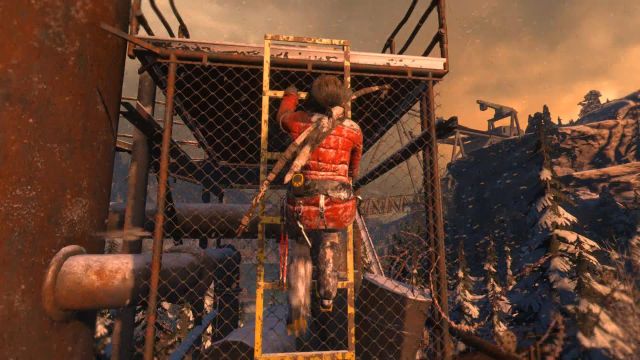 Climb onto the metal platform next to the large tank. While behind the tank, leap ahead and the part that Lara grabs on to breaks, which makes you press the X button. Thanks to this, Lara does not wall down. Shimmy to the left and climb to the higher level. 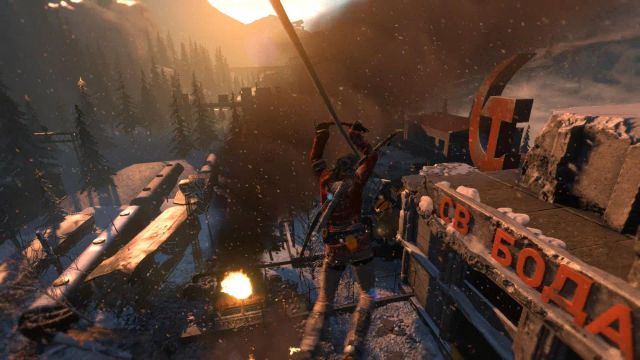 Zip down the line into the part of the camp that has been inaccessible. 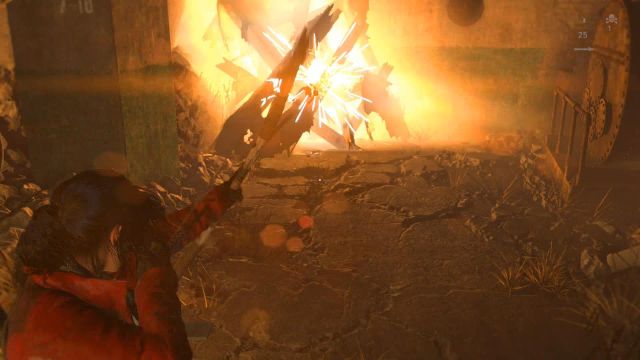 Up ahead, there is a blocked passageway. Fortunately, there are oil lamps around. Take one of them and throw it towards the planks in the way. The boards will collapse and you can proceed. 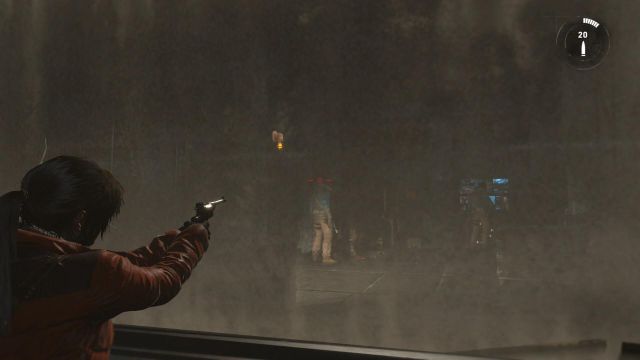 You will walk into a room, where you can see two soldiers interrogating a local, across a pane of glass. It is here that Lara finds her first pistol. It would be best to use it straight away. As soon as the interrogation ends, aim at any of the opponents and shoot him. Killing the other one is pure formality. 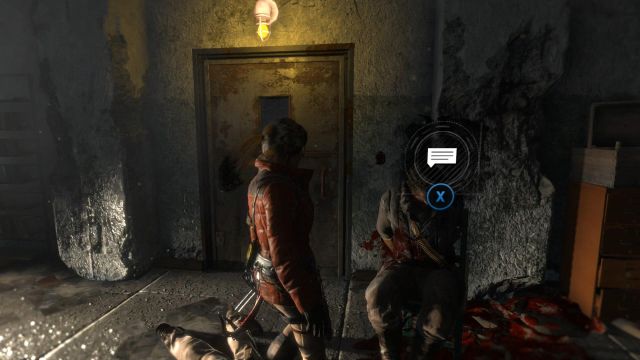 Climb through the broken window and try to talk to the man. Then, approach the metal door and pry it open using the hatchet. Leave the small room across the small window.