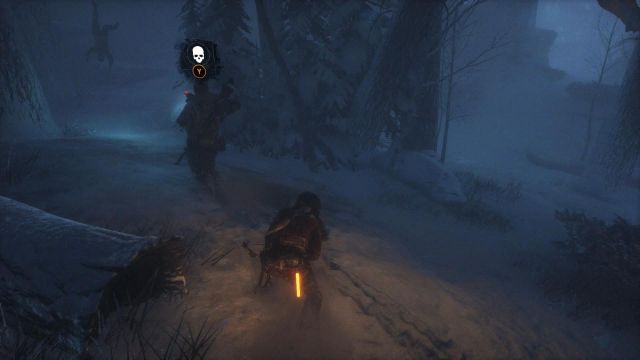 After a while, there will be another soldier strolling past Lara. It is best to wait for him to come closer and attack him with the hatchet. Both here and later on, the game allows you to choose: either defeat enemies or sneak past them to avoid fighting. The former, i.e. confrontation, is going to be a much better choice, because for defeating each opponent, you receive experience points that allow you to gain new skills. If you want to avoid fight, your character does not learn useful skills that make things easier later on. In such cases, it is best to take down all of the opponents, in a given location stealthily. 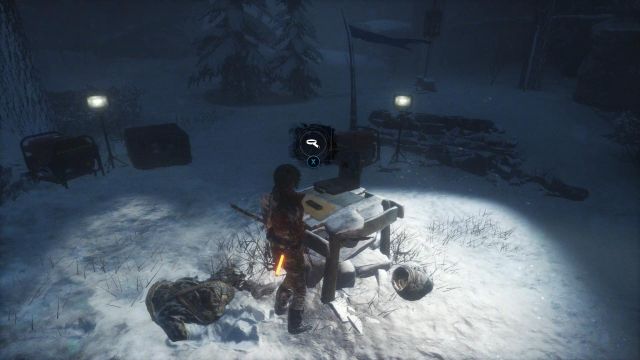 All of the opponents, with the exception of the ones in the small base, are patrolling the area by themselves, so eliminating them should not be too difficult. You can get them from behind, or knock them out with a hatchet, or choke them using the body of the bow. As for the bow, you can kill any opponent with it, at this point with headshots. Also, you can use poison arrows.