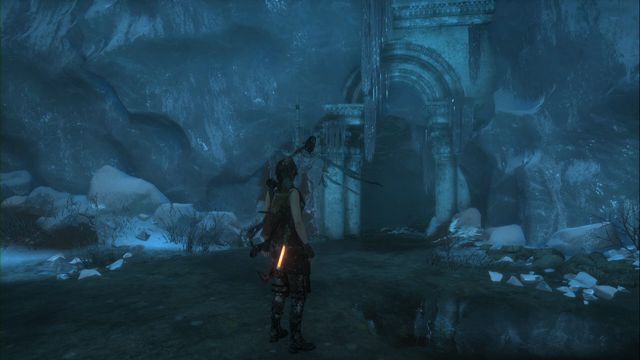 The chamber leading up to the tomb.

The path to the tomb leads through the cave on the edge of the map. Before you enter, prepare some stronger weaponry, because there is a bear inside. After you kill it, punch a hole in the wall and go down the path. In the chamber, collect a Relic and run to the very bottom. 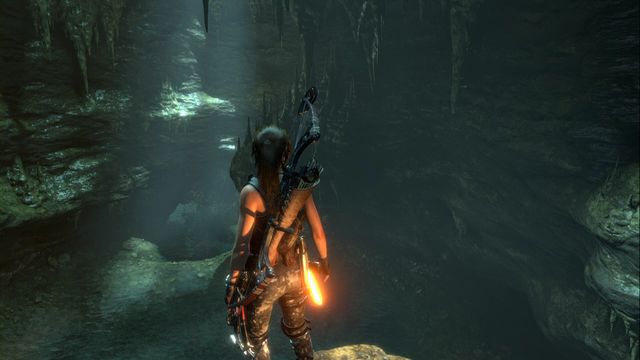 You will get into a location where you can dive into water. Turn towards the rocks and collect an Explorer Satchel. Close to this place (at the back) you find a Relic, and among rocks on the right, there is a Survival Cache. Follow the path, underwater and between rocks - at the other side you resurface by the camp (next to the campfire, there is another Survival Cache). You can also dive here into the chamber to the right of the camp. Here, you find an Archivist Map and a Survival Cache. 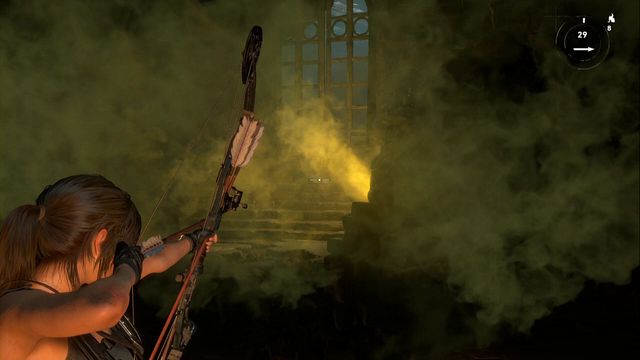 Shoot a burning arrow towards the released gas.

Swim over to the other side and start climbing down. In the spot, where green gas is escaping, shoot a burning arrow to blow up the gate. 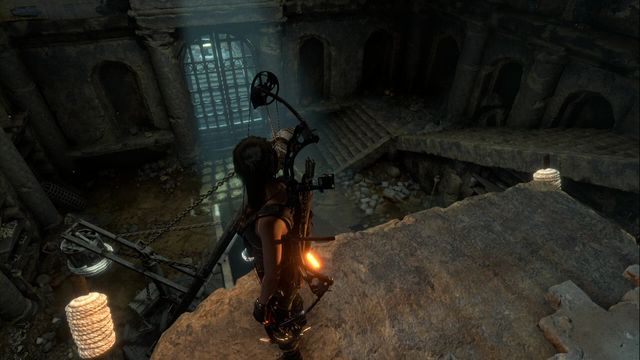 Levers that release the gas are on both sides of the ledge.

In the next chamber, you find two Documents (on the ground level on the right and a balcony on the left) and a puzzle. First, shoot a rope arrow towards the two levers above the ground level. This raises the valve and releases a green gas into the chamber. Jump down quickly, where you find a basin opposite the gate, which remains partially filled, temporarily. Run towards it and release the hanging cage. Do this before water floods this area. 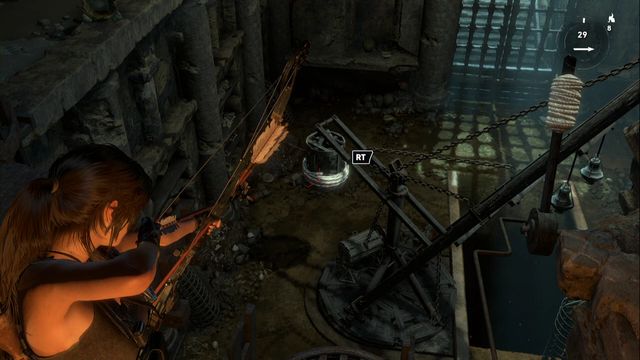 Turn the cage to make it face the gate.