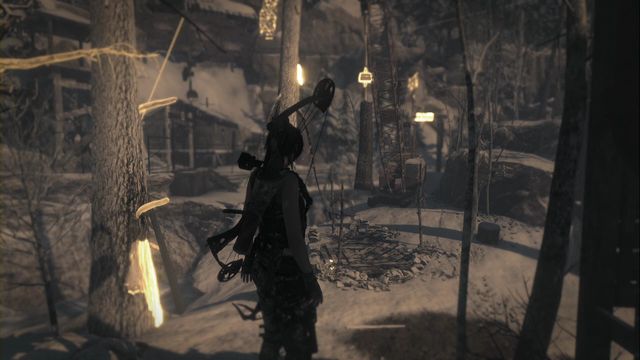 You first need to find the entrance to the tomb. It is close to the wooden building. Find the nearby crane with a log hanging down from it. Use Lara's instinct to spot the mechanism that holds the two together. Shoot at the mechanism and the log drops down and reveals the passage.

Note: It is going to help you complete the tomb, if you have several explosive arrows with you. 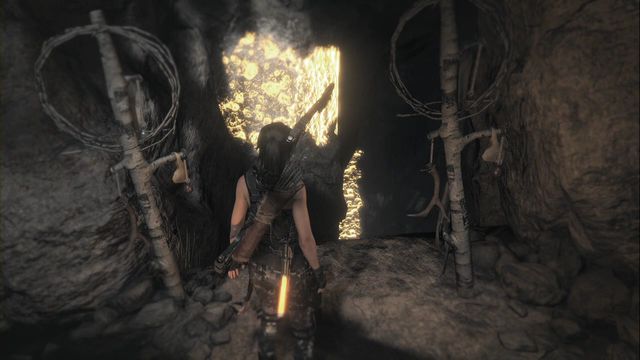 Jump over to the spot where you can jab your hatchet.

Right after you climb down, locate the Mural among the ruins, to the right of the entrance. Then, climb down and take the path on the left side of the cave. After a while, you slide down and hear water falling (there is a Relic at the end of the path). Then, jump over to the rocky wall opposite and jab your hatchet into it. Climb down and jump over to the next wall and finally, drop down to the ground. 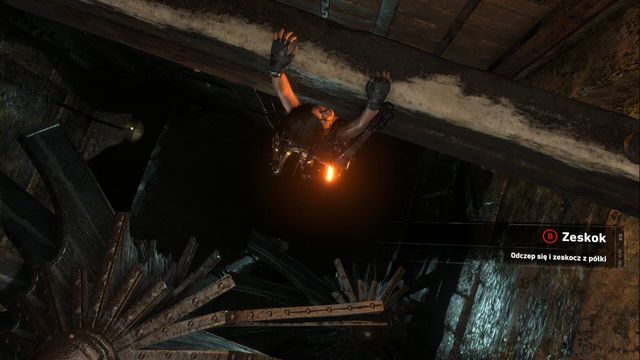 Climb down now (there is another Relic by the rock on the left). Climb up the stairs and hang down the beam. Drop down at the right moment, thanks to which you avoid the moving mechanisms (the screenshot). After you climb out of the water, destroy the red container by the barricade and swim into the camp. 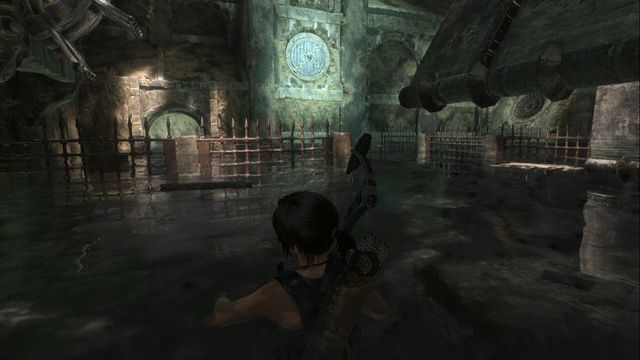 Destroy the obstacle in the room, on the left of the main chamber.

You can try and grab on to the edge, but you drop down anyways. Swim over to the chamber in the left part of the tomb. There, you find the door that is blocking the water off. Use the red container atop the stairs, or use an explosive arrow to release water. 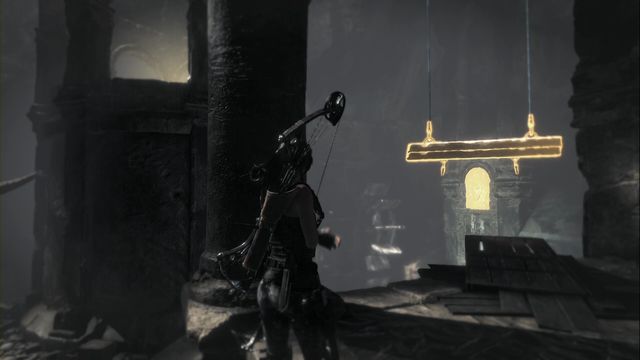 Lower the water level by grabbing on to the beam.

Swim back into the main chamber and take the exit on the left. Climb up the stairs and grab on to the beam above. Use the raft to destroy the water gate in the center (there are red tanks next to the stairs, which you can drop onto the raft and blow up close to the water gate. To set it into motion, grab on to the abovementioned beam), or use the explosive arrow for that. 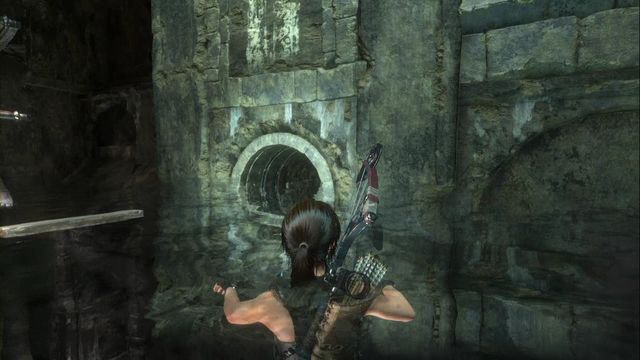 Destroy the obstacle and swim into the next part.

Swim through the hole ad climb up. There, destroy the wall and use the explosive arrow across the last hole. You can now swim out of here, after the place has been flooded (the raised water level will also allow you to collect a Document) and reach a tome in the main chamber. In one of the recesses, there also is an Archivist Map and a Document, that you get to thanks to the raised water level. 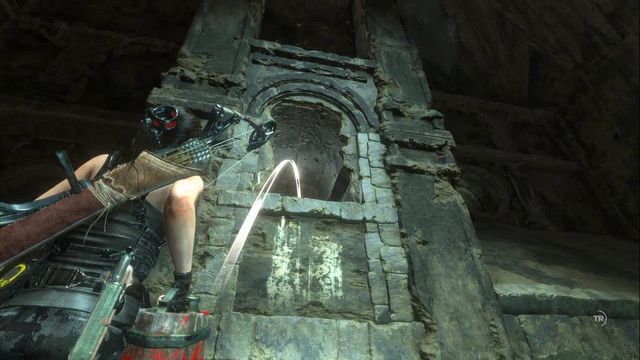 Note: If you do not have any explosive arrows, you can use the raft and red containers, which you find near the beam. Place one of them on the raft and hang down from the beam yourself, which sets the raft into motion. Quickly, climb onto the raft and wait for it to reach the end part. Find the window above (where there is a hole in the wall) and throw the red tank through the window, at the right moment. You will be able to use it to destroy the last blockade.

Reward: The "Natural Instincts" skill (resources around you will be highlighted automatically and marked on the map).