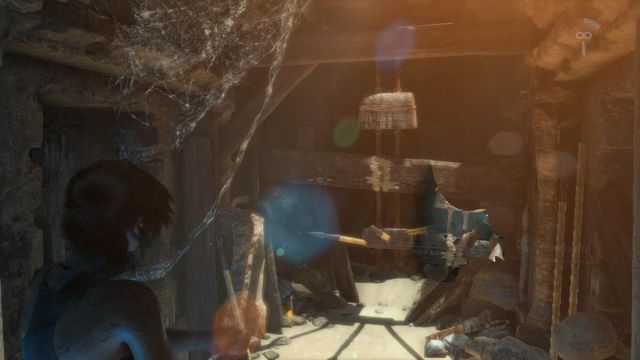 A moment later Lara will barely survive a trap she activated. To get further, use the pistol by shooting the rectangle part of the trap almost at its top. When you aim the pistol in the right place, the viewfinder will change its color to red. Destroy the trap and walk further. 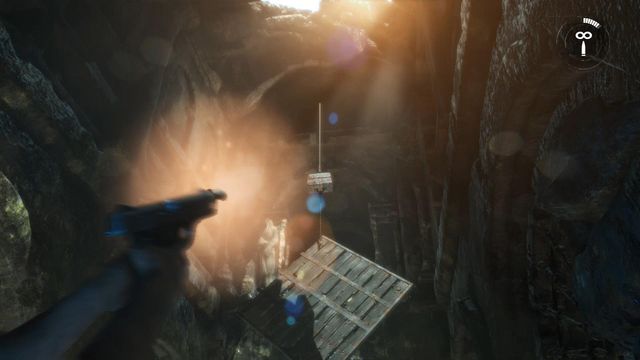 Further in the corridor you will have the first environmental puzzle to solve. Don't jump into the water. Instead, shoot the rectangle object located above the wooden platform hanging on the other side of the hole. The platform will fall on the water. 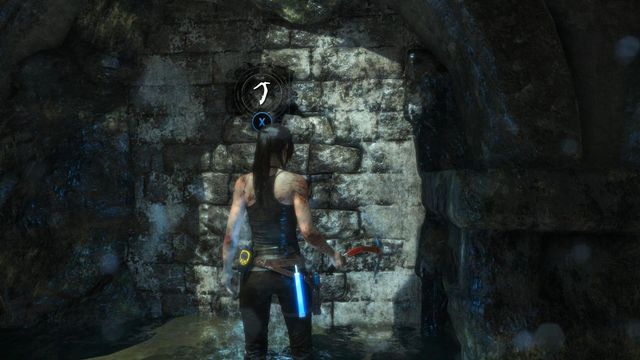 Now, jump into the water and walk towards the wall on the left. Use the axe to break the wall. Water will start flowing from the new hole, increasing the water level. Swim to the previously shot wooden platform, climb on it and jump from it to the hole. 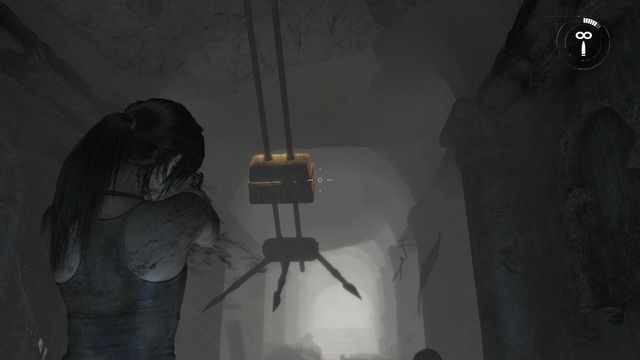 A moment later, Lara's life will be endangered once more. Another trap will activate and the time will slow, allowing you to shoot the weak point of the trap - the two desks shown on the picture that are above three spikes. 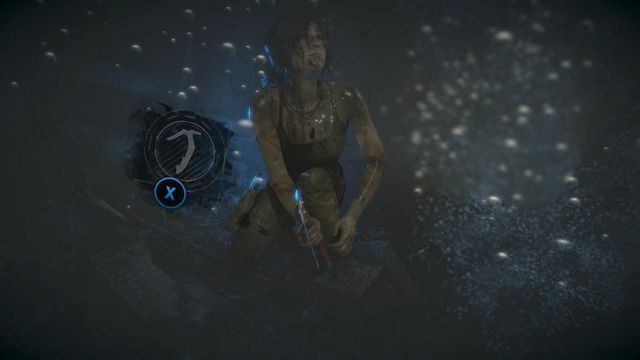 When Lara will start drowning, immediately start quickly pressing the X button on the pad. The axe icon shown on the screen will start filling with white color. 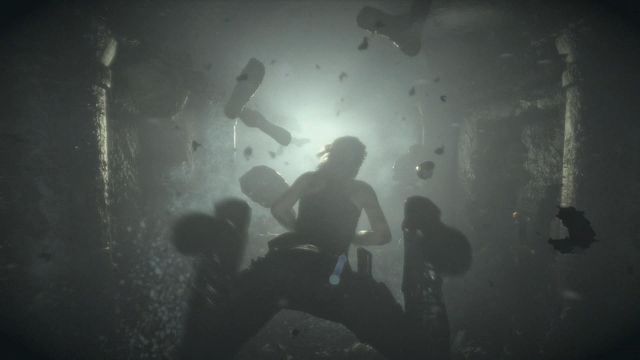 Lara is not able to hold her breath for more than few seconds, so after freeing your leg from the trap quickly swim ahead by pressing the B button on the pad. Thanks to that, the swimming character will move more quickly.