On this page of the Returnal game guide, you will find a description of the second biome of the planet Atropos - Crimson Wastes. 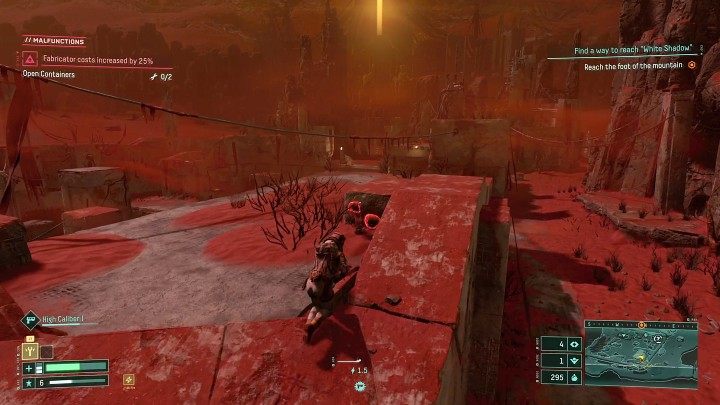 Crimson Wates is the second biome of Atropos in Returnal. This planet has slightly more areas, but also more difficult than, for example, Overgrown Ruins. At every turn, you can be attacked by flying creatures, so you need to be careful. 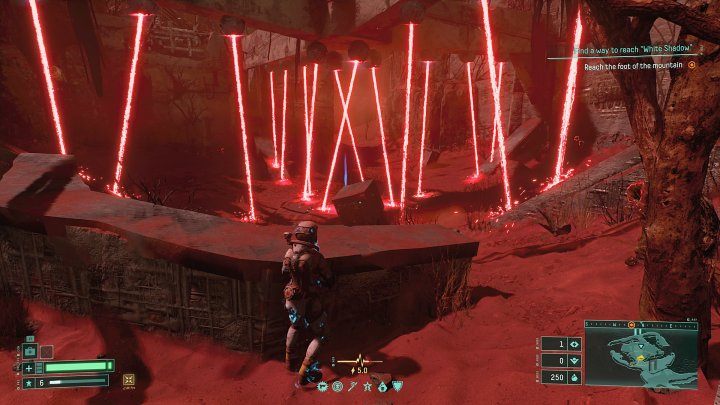 The Crimson Wates are filled with all kinds of laser traps, which are often impossible to avoid. Before you try to go through the lasers, take a moment to familiarize yourself with the movements of the individual beams. Keep in mind that performing a dash at the right time will protect Selene from getting injured.

During the exploration of the first biome of Atropos, you won't be able to visit all places immediately - you will get this opportunity at a later stage of the game. 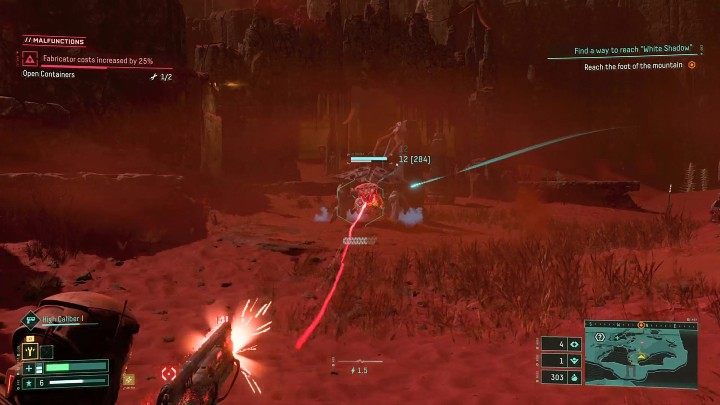 The first formidable opponent you may encounter during exploring Crimson Wates is a creature resembling a giant turtle. The enemy is not visible at first because only its shell protrudes from the sand, but you can see it on the mini-map. The creature is very durable, and it can shoot a series of fast-flying missiles in Selene's direction and a double laser beam from the tail.

Aiming at the head will cause more damage to the enemy, and in addition, it will faster stagger it, so the creature will not be able to perform any actions for a few seconds. 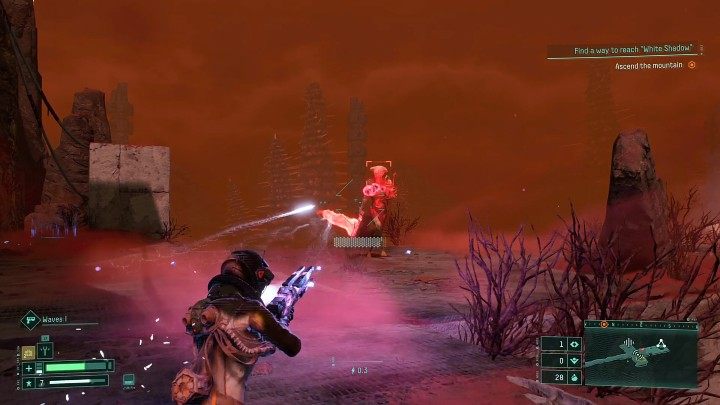 The second dangerous opponent is Severed, which you can meet after passing through the gate at the foot of the great mountain. From this point on, the Severed will appear in various places and can attack by surprise.

For more detailed information on how to fight the Severed, check out the Severed - how to defeat? page. 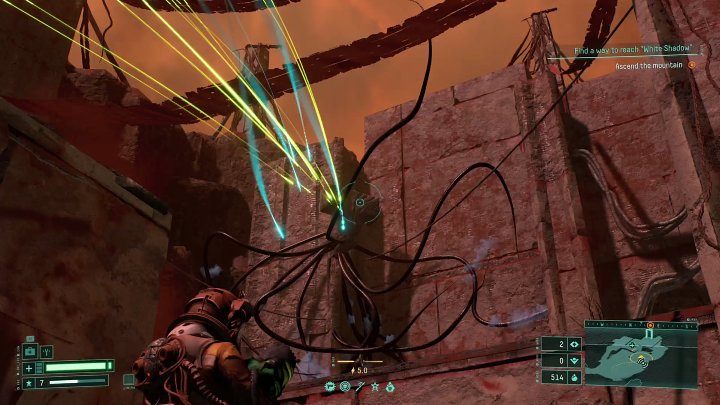 The last dangerous opponent inhabiting the Crimson Wates is a huge flying creature that can attack you as soon as you move to this location. The enemy is resistant to damage and uses many skills that, at the very beginning, can cause you a lot of difficulties, but over time you will learn to avoid them.

The weak point of the enemy is located on its rectangular head - a few shots at it should stun the enemy quickly. 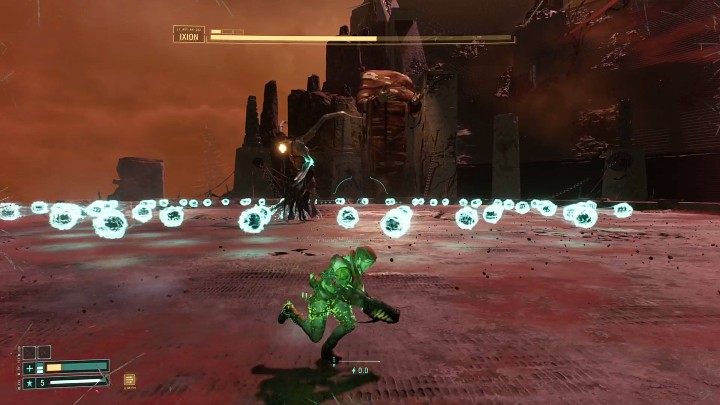 At the end of the Crimson Wates, you will have to face the second boss of the game return, Iksjon. A detailed description of the Phrike boss fight, as well as tips and tricks on how to defeat it, can be found on the Iksjon - boss, how to defeat? page.

After the confrontation with the boss, you will get a new item - Icarian Grapnel, which will allow you to explore previously inaccessible places. More information about this useful item you will find on the page Edges, high shelves - how to get there?.