This page of the guide answers whether Retural has shortcuts similar to those in the Dark Souls games. We also suggest how to shorten the journey to the next biomes and lairs of the bosses. 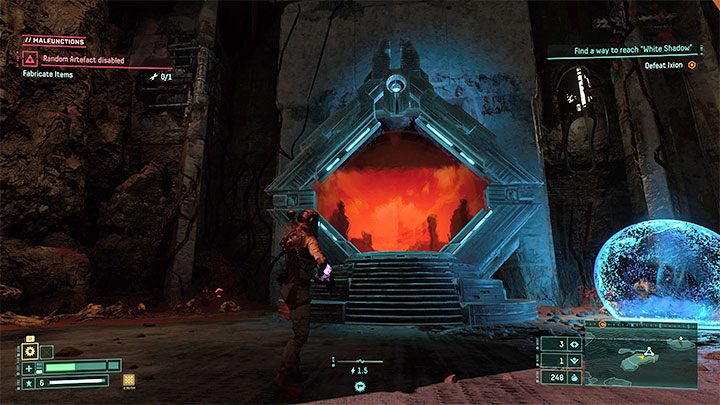 Playing Returnal, you can get the impression that after the death of the main character and the restart of the cycle, you will be forced to go through all areas of initial biomes once again. Fortunately, this is not necessary, as shortcuts are available in the game. Thanks to them, you can: 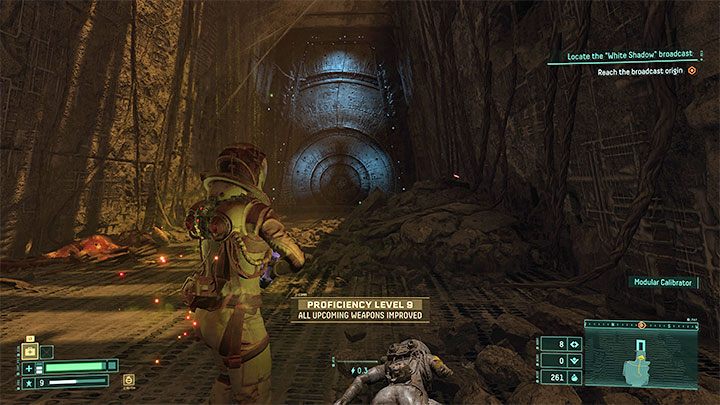 Unfortunately, shortening the paths has its drawbacks - Selene can be too week to fight opponents from the new biome because of a low proficiency (experience) level.

In the initial areas of each new biome, you should also find at least one container with a weapon, and it will always be a weapon with a higher level of proficiency. This will allow you to attack opponents more efficiently than with a level 0 pistol, with which you start each cycle.

Below we have compiled some examples of shortcuts that you can use to make it easier to get back to the bosses ' lairs and the next biomes. They should appear no matter what map you will draw. The only difference is that it may take you a little longer to get to the shortcut if it appears at a greater distance from the starting point. 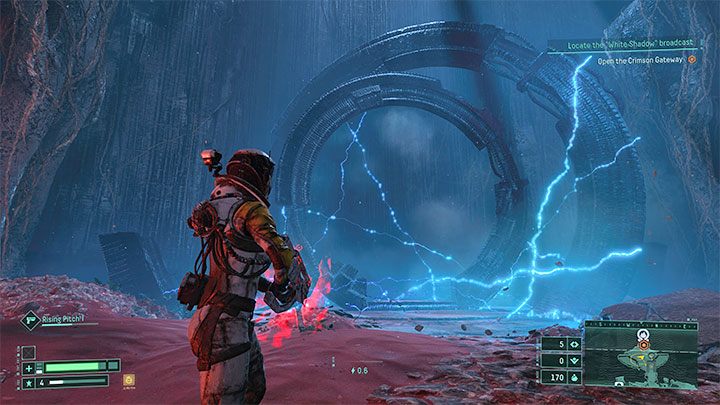 When you defeat the biome 1 boss, you can get to biome 2 faster. In all subsequent cycles, the mission objective marker will immediately lead you to a gateway that will allow you to move into the Crimson Wastes. Unfortunately, the distance from the starting point is random, and if you notice that the place is very far on the full-screen map, it is worth restarting the cycle to draw a different layout of locations. 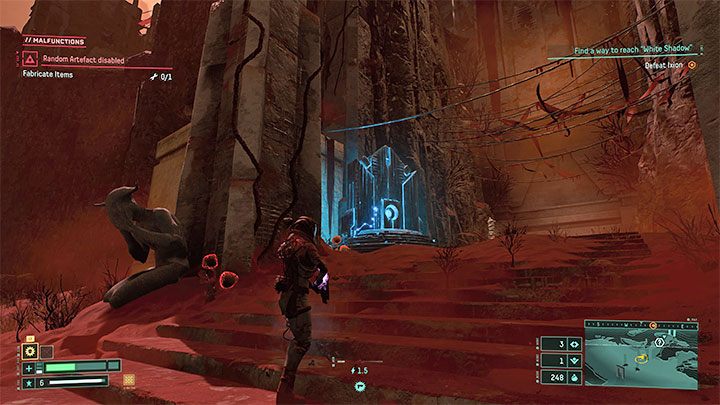 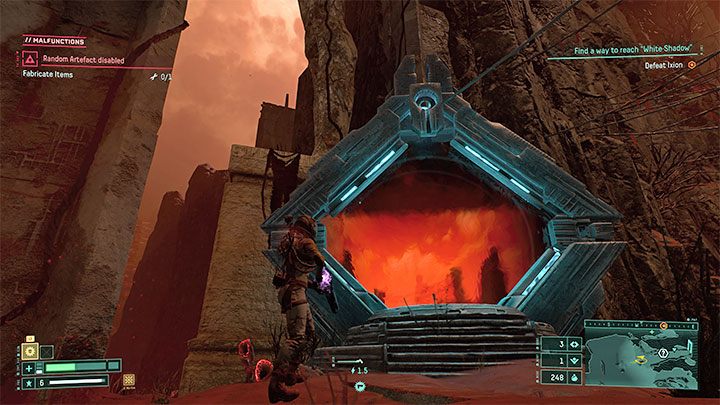 After the first fight with the Biom 2 boss, you can use a shortcut to his lair, located on the top of the mountain. You don't have to go through all the locations of the second biome again. After reaching the entrance at the foot of the great mountain, you should find the small diamond-shaped portal shown in the attached pictures. Using it will allow you to move on the final path immediately. Just finish clambing to Iksjon's hideout. 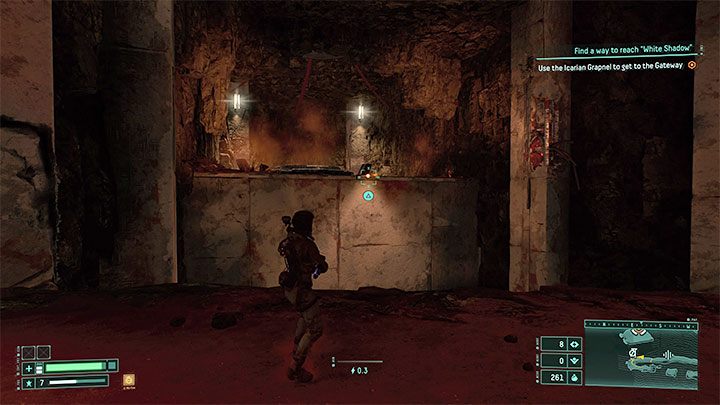 From the moment you defeat the Biome 2 boss, you can get to biome 3 faster. You don't have to fight Iksjon again. After using the shortcut to the mountain path described above, you can use the grappling hook on a shelf. This will allow you to access the portal to the Derelict Citadel immediately. 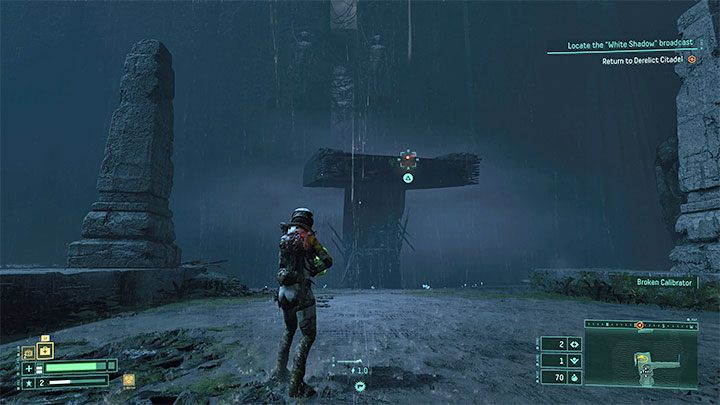 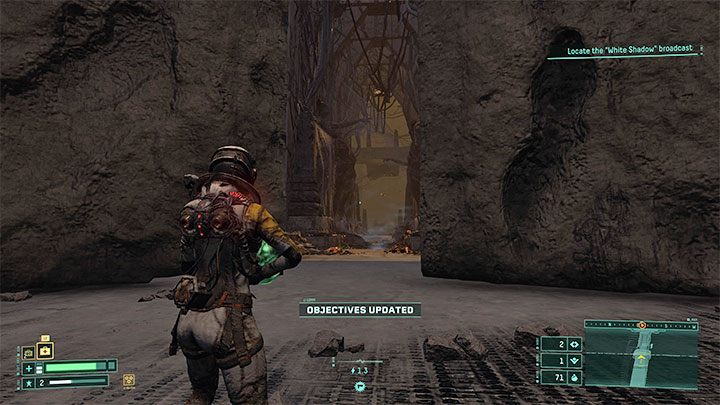 After you unlock access to the Derelict Citadel (after defeating the biome 2 boss), you can directly move to this biome from the Overgrown Ruins. To do this, you need to locate the area shown in picture 1 with a distant, high shelf. Selene can use the grappling gun on it - it was a reward for defeating boss Iksjon. This previously inaccessible path leads to biome 3 and, from now, you will not have to visit biome 2 at all. 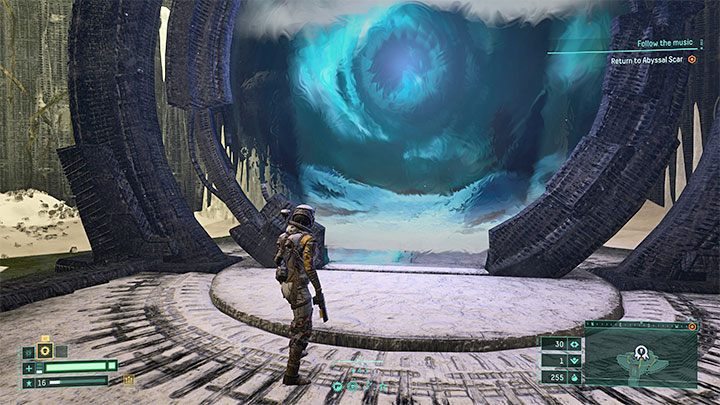 After defeating the Biome 4 boss and obtaining the Fractured key, Selene can reach biome 5 a little faster. Unfortunately, this is not a big shortcut. It only allows you to skip the fight with Hyperion again. The character still has to pass through a large part of the Echoing Ruins and go through the big red gate. Instead of climbing to the boss's lair, it is possible to immediately use the side corridor leading to the portal to the Fractured Wastes. 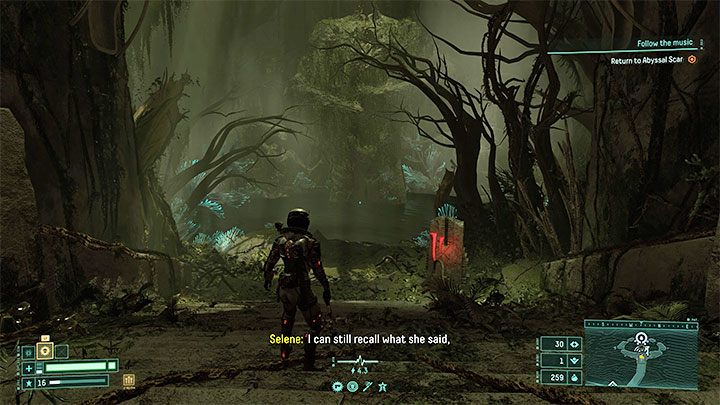 After obtaining the Hadal Ballasts in biome 6 (shoes for walking underwater), the main character can quickly reach the Abyssal Scar. As with the portal described above, unfortunately, it is necessary to go through a larger part of biome 4. After entering the area behind the red gate, one of the side corridors will lead the protagonist to the tank. Jumping into it will begin the process of descending into the underwater ruins.