The following page of our guide to Red Dead Redemption 2 contains the walkthrough of the final mission of the game - American Venom. Sadie has a clue that could lead to Micah - Cleet was seen in Strawberry. John, Sadie and Charles head there, despite Abigail's protests, to interrogate him and track down the enemy from years ago. 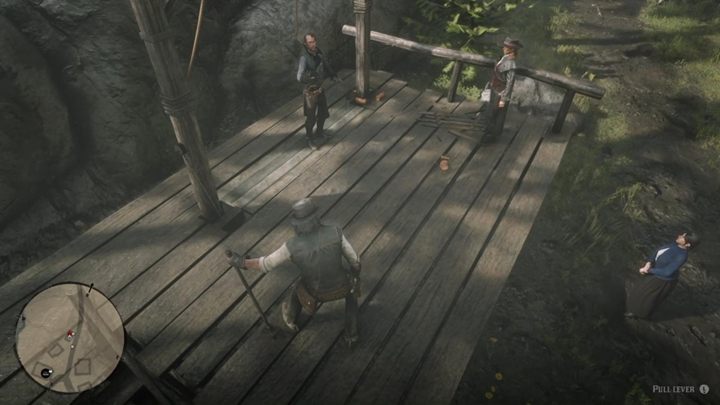 How to unlock the mission: Completing "A New Future Imagined" mission.

Walkthrough: This is the final mission of RDR2. It is time to avenge Arthur! Go with Sadie and Charles to Strawberry. You will catch Cleet there - drag him to the gallows. Once the cut-scenes are over, you can decide whether you want to kill or spare him. The choice will affect your honor - although Sadie will eventually kill him either way. 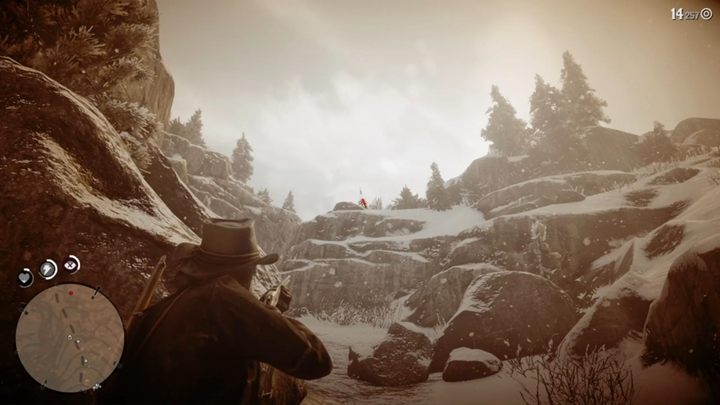 Go to the place indicated by Cleet. On your way there, Charles will be shot by a sniper. You have to hide behind rocks and move upwards. Eventually, you will have a good firing position, from where you will be able to take out the hidden shooter. 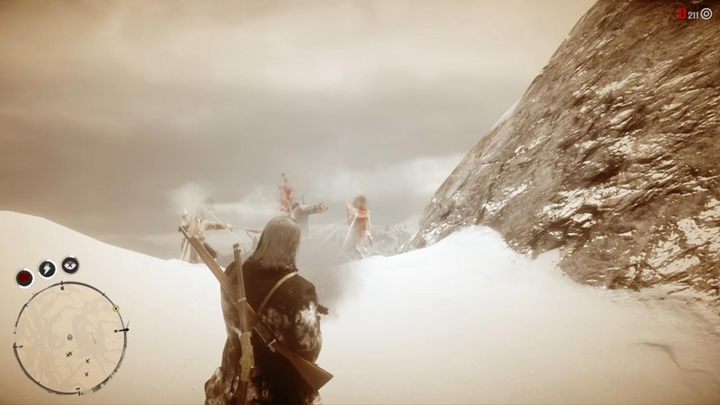 Continue along the trail, until you stumble upon a large group of enemies. A classic shooting sequence awaits you here - use cover and break through the enemies. Afterwards, a cut-scene will initiate, during which Sadie will be stabbed with a knife. Continue without her - kill three enemies using Dead Eye. 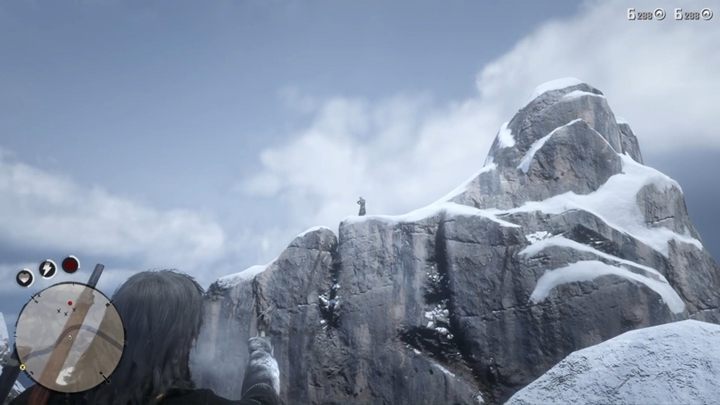 Keep going - you will stumble upon multiple enemies. You go through an exposed area, which is why you should be moving slowly (time is not counted during this mission), killing enemies along the way. Additionally, use items regenerating Dead Eye. Watch the mini-map as well, as the enemies will be leaning out of the mountain tops and attacking from behind. 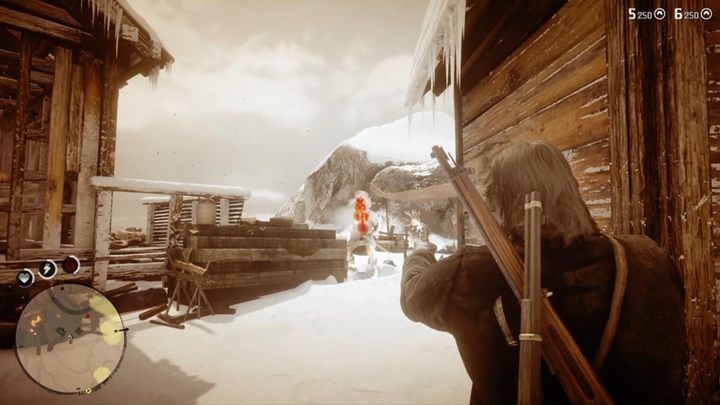 After some time you will break into the enemy camp. You need to search through it (clearing it off enemies) to check whether Micah is hiding in it. Quite obviously, another group of enemies await you here. 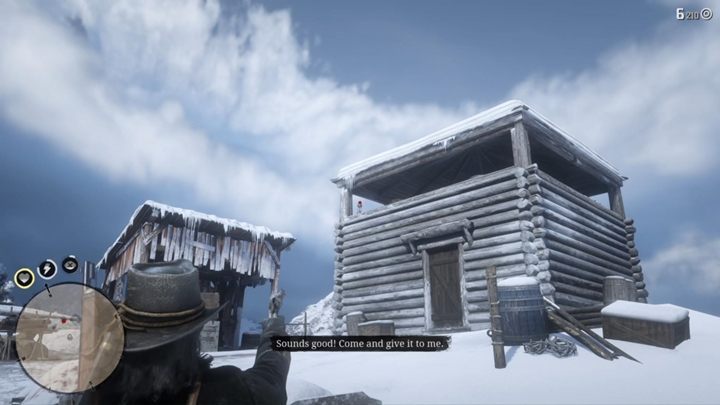 Sooner or later, you will reach a building at the end of the mountain. After a cut-scene, you will face the traitor in a duel. Fighting the enemy is pointless - you cannot defeat him in a conventional way. Instead, shoot at the lamp, close to the fort, to force him out of his hideout. 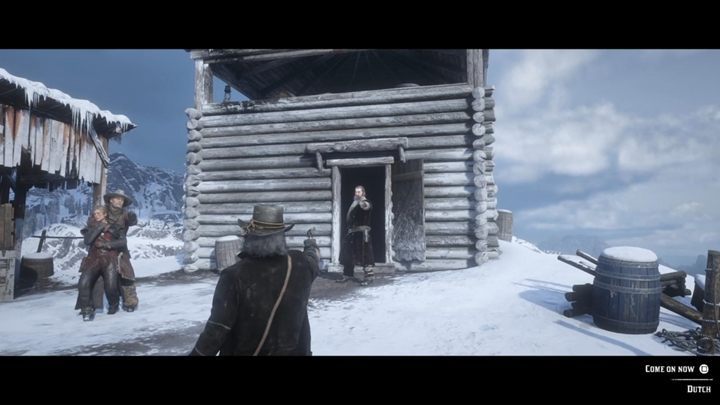 Wait patiently - once Micah runs behind the hut, the scene will initiate. Dutch will appear during the scene - you now need to press the button responsible for switching between Dutch and Micah. John will initiate a conversation with them. 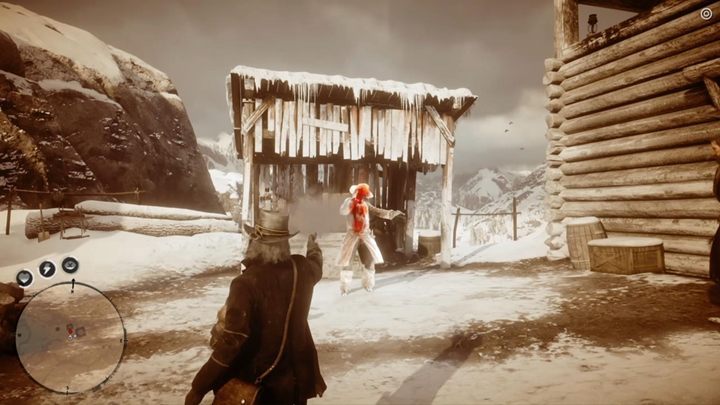 Ultimately, Dutch will decide to do the right thing for once and will shoot Micah. During the automatic Dead Eye sequence, finish the work, firing intensively at the enemy. 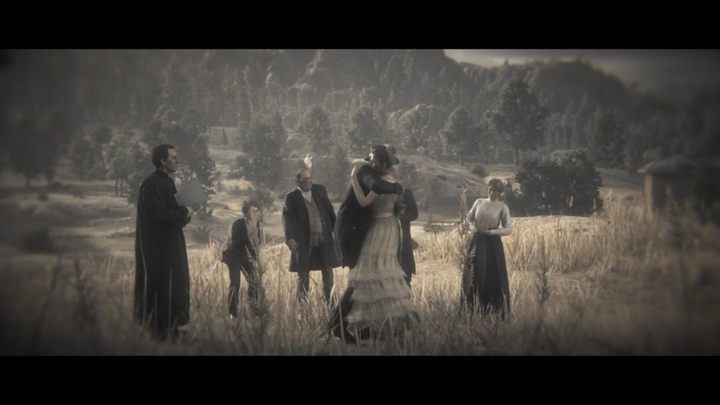 A final cut-scene awaits you here - it is worth to see it through the ending credits to witness, above all else, Jack and Abigail's wedding. You have now completed the main storyline of Red Dead Redemption 2! Note that RDR2 is a prequel and the continuation on John Marston's story was told in the previous installment of the franchise.

How to acquire a gold medal in American Venom?