American Dreams is the title of one of the most "hidden" side missions of Red Dead Redemption 2. This task concerns tracking down and stopping a serial killer. On this page we explain where the crime scene is, how to find clues left by the murderer and where to find a serial killer with the intention of stopping him from performing further violent murders.

This task will not appear immediately in the hero's diary and the game does not tell you where to go. You have to find and investigate 3 different crime scenes without any help. Information about the location of crime scenes and the required additional searches are provided below. You can visit the listed locations in any order. 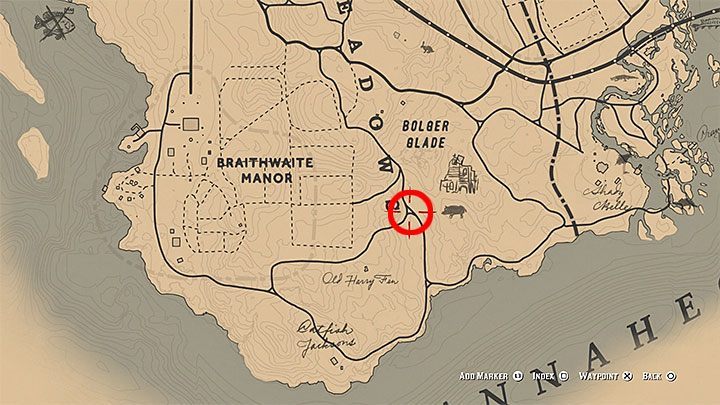 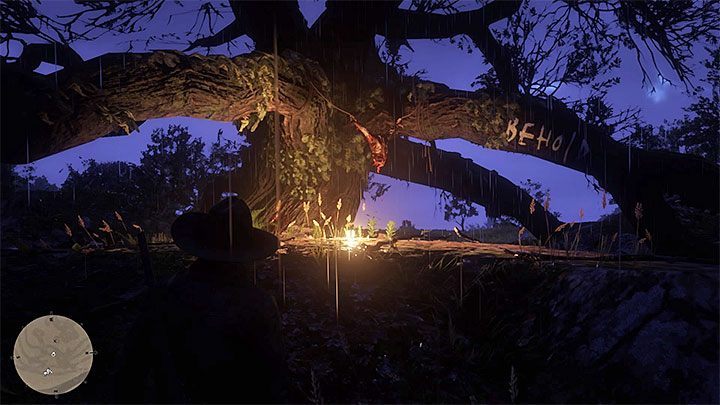 The first crime scene is next to the estate of Braithwaite Manor, south of the town of Rhodes. It is a huge tree growing at a crossroads. 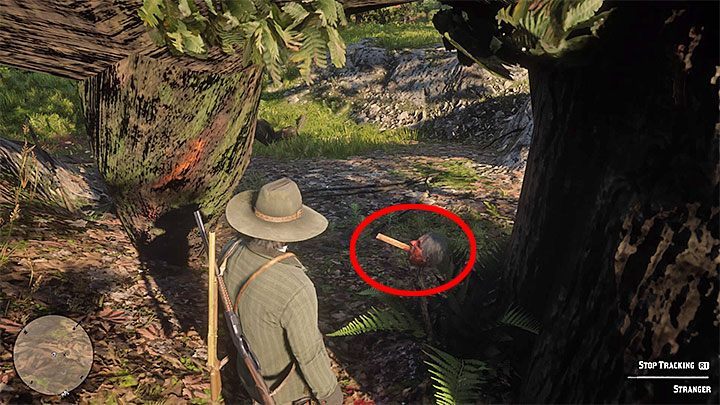 Walk around the tree and you'll find the head cut and pierced with a piece of riddle left by the killer (Killer Clue Piece).

Note - You can also use Eagle's Eyesight to locate the head - follow a stranger's footsteps. This also applies to the other two fragments of the puzzle. 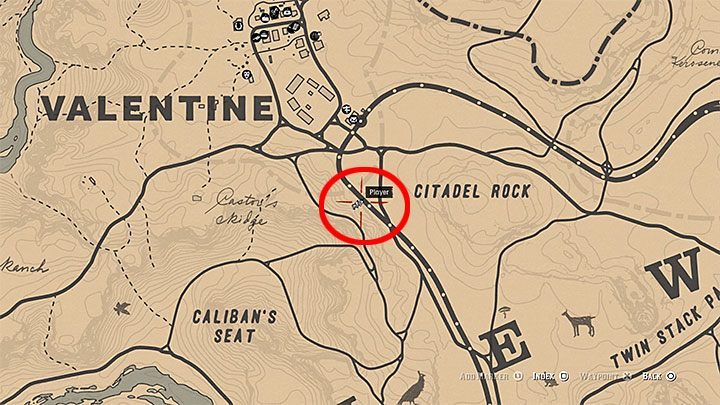 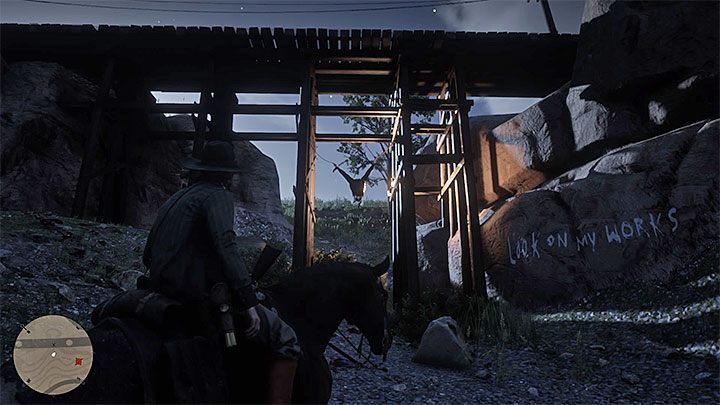 The second crime scene is located under the railway tracks, a short distance south of the town of Valentine. 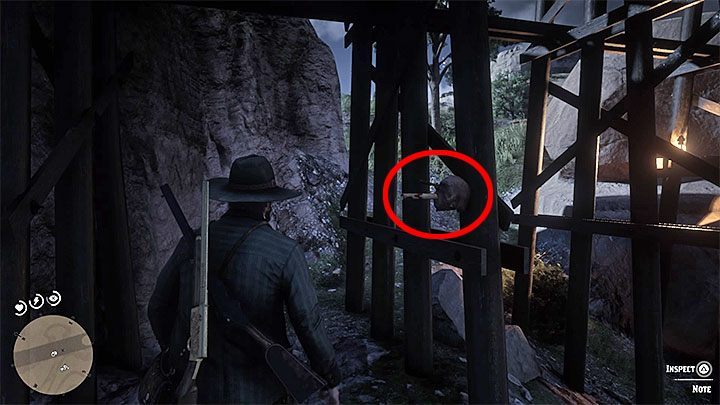 Find a head nailed to one of the bridge supports (as before, help yourself with your eyesight if necessary) and get a new piece of the riddle (Killer Clue Piece). 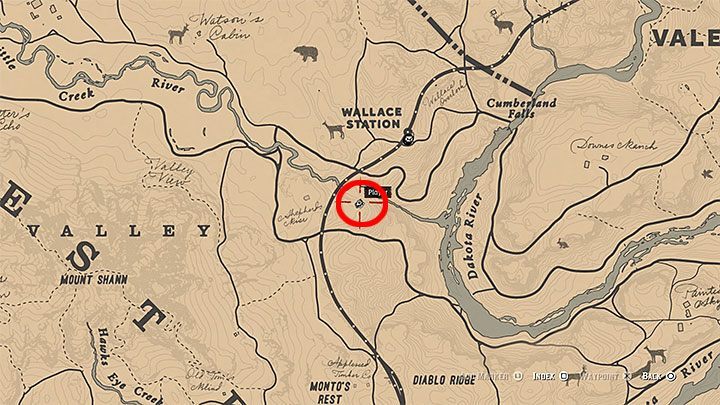 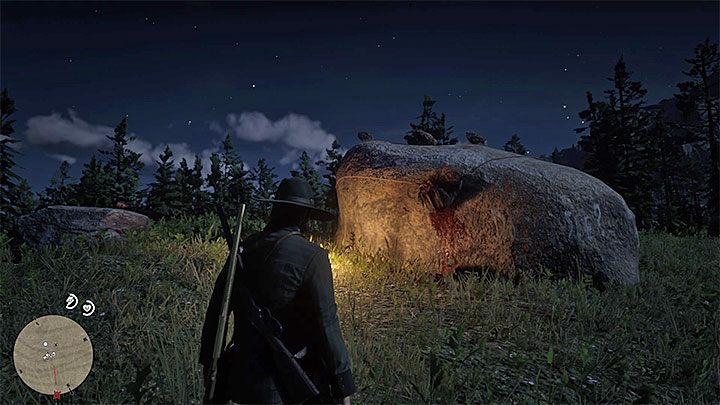 The third crime scene is located a short distance south of Wallace Station railway station. It is located west of Valentine. 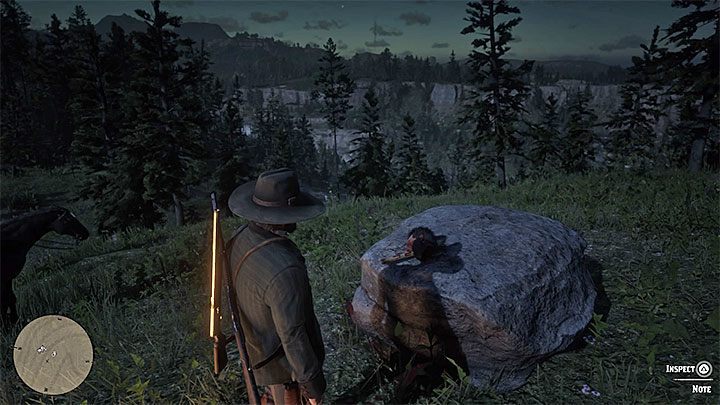 The cut off head with the last fragment of the riddle (Killer Clue Piece) lies on the neighboring smaller scale. 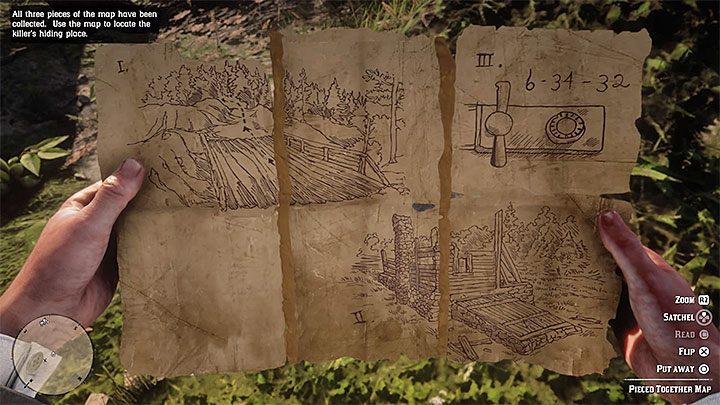 After completing all three fragments of the puzzle, you will automatically get a Pieced Together Map. You can view it from the inventory level. 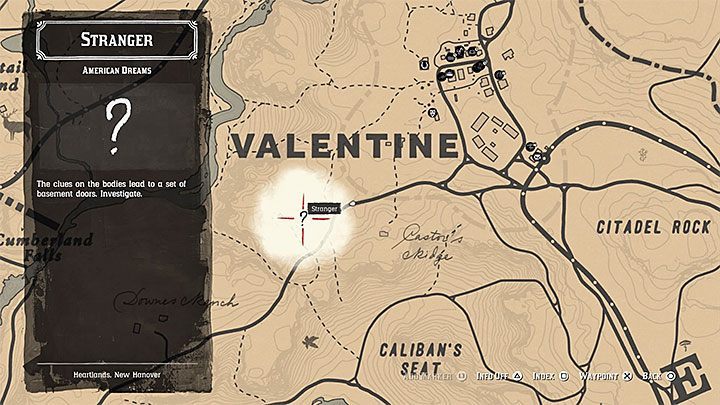 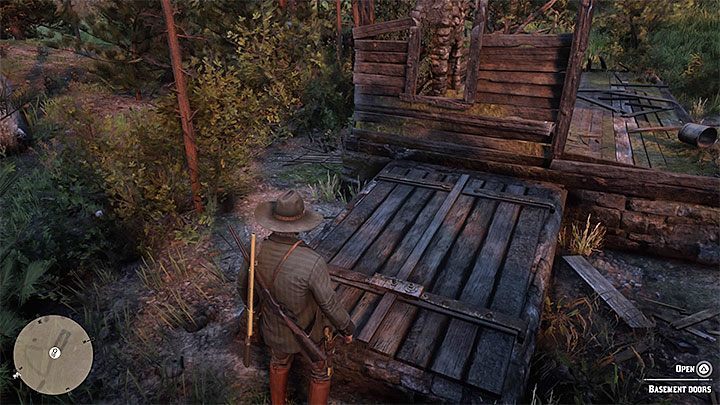 The killer's hideout is the destroyed Lucky's Cabin cottage shown in the picture above, which is located a short distance west of Valentine. Go to the manhole leading to the basement. The hero will automatically interact with the lock and use the combination needed to open the manhole. 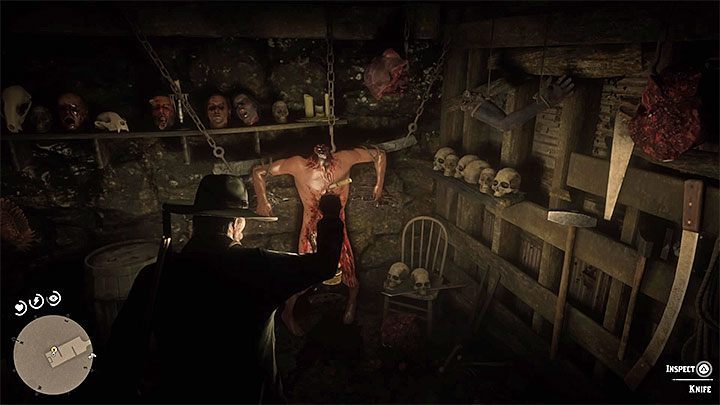 Help yourself with a lantern while exploring the basement. On the way you will find 2 notes and a collector's card. The most important is the last room of the basement. Analyze the knife shown in the picture.

Bringing a serial murderer to custody 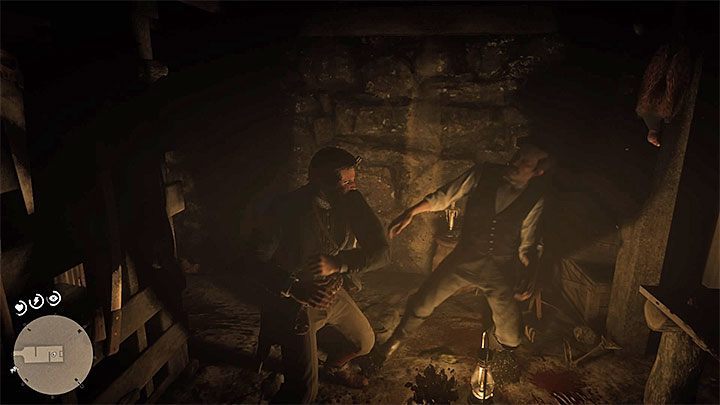 The main character will be attacked and stunned by the murderer. After regaining consciousness, press the throw button on him with the head cut off next to him, and then beat him in a fist to fist fight. After that cuff him. 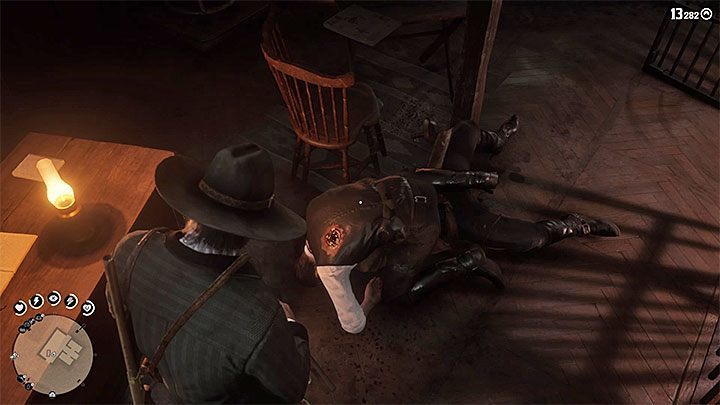