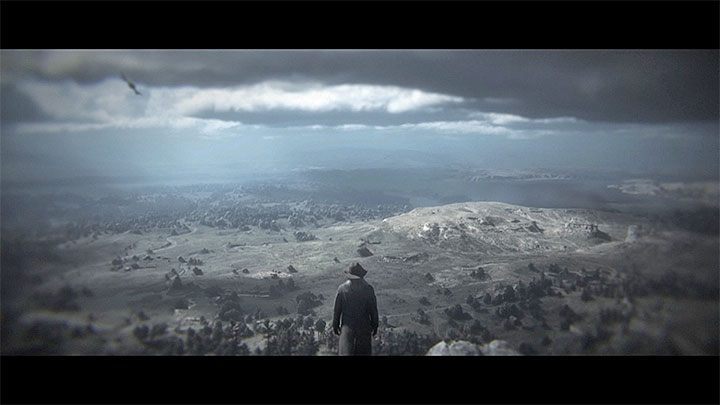 Yes, you can keep playing after finishing the story (6 chapters and 2 parts of the epilogue). Another good information is that the epilogue makes Blackwater and New Austin safe to explore. You don't have to worry that the main character will get attacked upon detecting.

We recommend checking What things are transferred to the campaign epilogue of RDR2? chapter. There, you can see what is carried over to the epilogue. Try to complete all side quests available in chapters 2-6 before you reach the epilogue. After that, they will become unavailable. On top of that, you can complete new side quests, Bounty Hunting missions and Stranger encounters (especially in New Austin) which will appear during and after the epilogue.

By the end of the main storyline, your character will have a lot of money. You will be able to buy anything you want - new mounts, weapons, outfits, crafting materials or ammo.

The game has an option to replay missions that are part of the campaign, but this is only possible for the main quests (you can't replay side quests). You can do that in the menu. Replaying missions has no impact on your progress, the only reason to do that is to get gold medals.