Money Lending and Other Sins VI-VII are the last two debt-collecting missions in Red Dead Redemption 2. Arthur must visit a few debtors once again. Missions 6 and 7 are available in chapter 6.

Money Lending and Other Sins VI 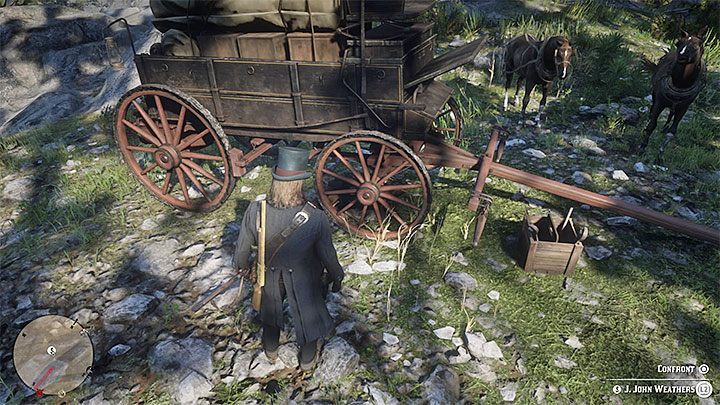 Wait for this quest marker to appear in the gang hideout in Butcher Creek (this happens in chapter 6). Speak with Strauss about two new debt-collecting missions. The first person you have to find is called J. John Weathers.

Head to Three Sisters - this place is west of the gang hideout. The man is lying under the wagon parked near the road. 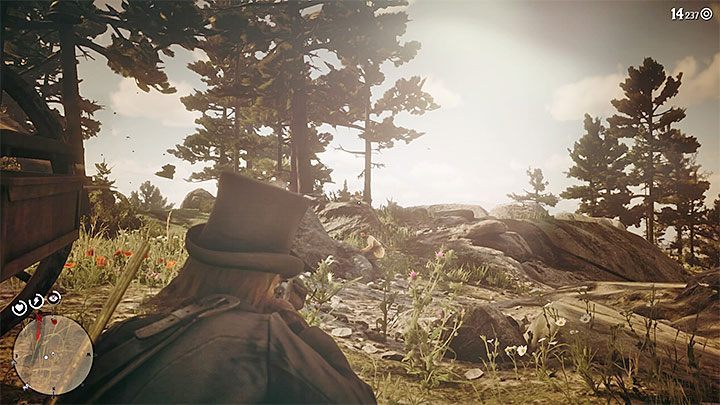 Speak with Weathers. A group of soldiers chasing John for desertion will appear. Shoot them. One of the bullets will damage the man's wagon. Defeat all enemies and then go back to Weathers. You can accept a Silver Locket as a payment for the debt (negative honor points) or refuse to take it (positive honor points). 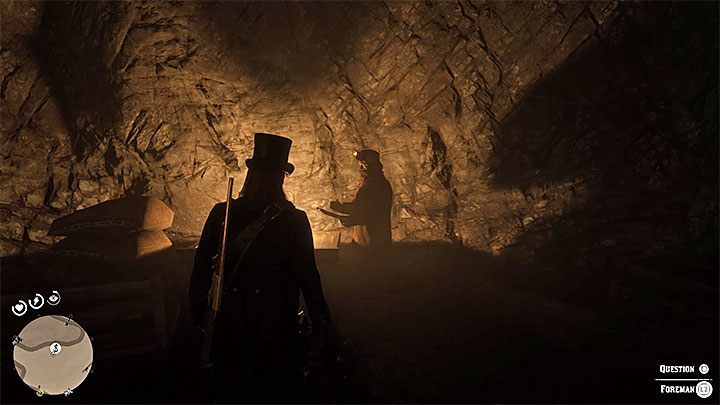 The second person on the list is called Arthur Londonderry. Go to the mine west of Annesburg. Speak with the guard in front of the entrance to the mine. Then, go to the first large cavern and speak with the foreman. You learn that Londonderry is dead. The man also tells you where the debtor's family lives. 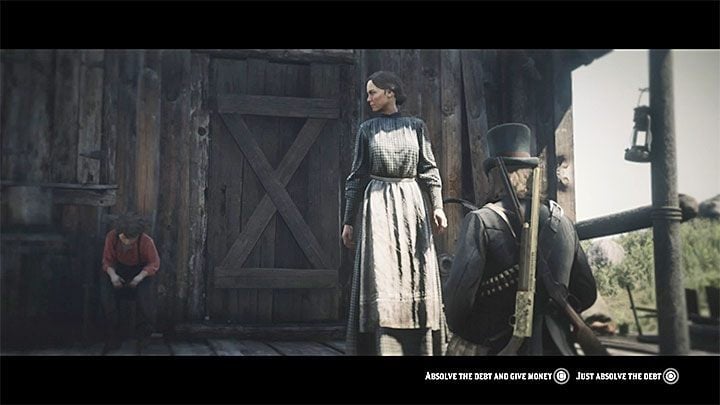 Money Lending and Other Sins VII 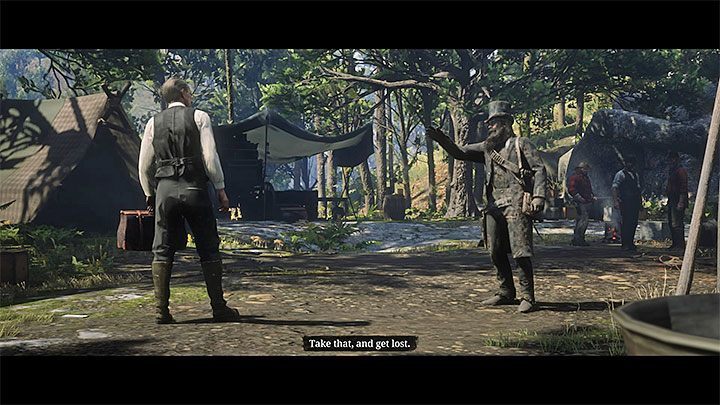 The last part is linear. Arthur decides to confront Strauss in the camp.

Note - Completing this mission means that you won't be able to purchase upgrades for the camp. You also learn that the money box in the hideout was destroyed.