Note - Parts I-III of the mission The Course of True Love were completed in chapter 3. At that time, these were mandatory story missions. Taking care of the fourth and fifth parts of the mission is not required to advance in the main plot. 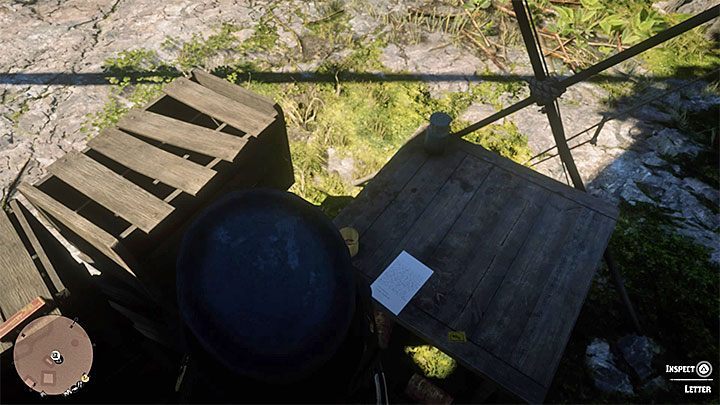 The opportunity to continue the ploy of young lovers appears in chapter 6. You must wait until you receive a new letter addressed to Arthur. This is a letter from Penelope asking for help and you will find her in Dutch's gang camp in Butcher Creek. The letter will lie on the chest next to the hero's bed.

The meeting point with Penelope is a small building adjacent to the western border of the Braithwaite Manor. 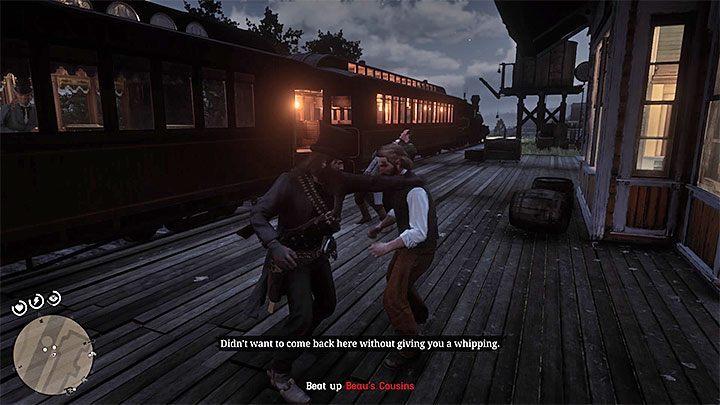 On arrival, talk to Penelope. You have to take her on horseback to the train station in Rhodes where she plans to meet Beau and start a train journey together.

When she arrives at the station, she will buy two tickets. Arthur will hear a brawl on the platform. It turns out that the first hostile relatives have appeared. You have to defeat the men in a fist fight. If you deal with them quickly enough, you will be able to jump on the departing train right away. Otherwise, get on your horse to catch up with the train. 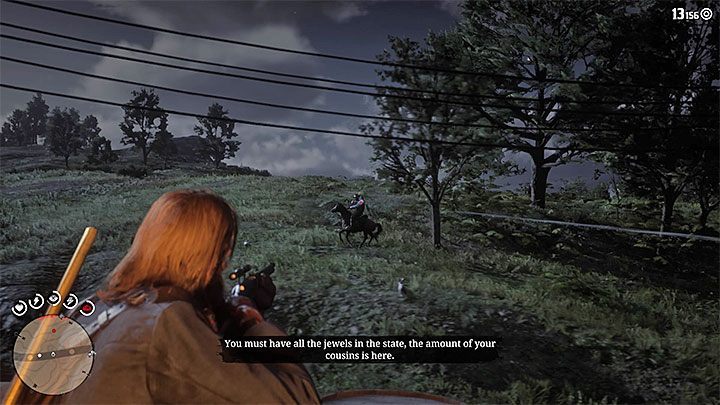 Reach the compartment where Beau and Penelope are sitting. Traveling by train will make it harder for more enemies to appear in the area. Those what do appear will have to die. Get out of the car and put Arthur behind a cover. Eliminate enemies with a rifle or a pistol. 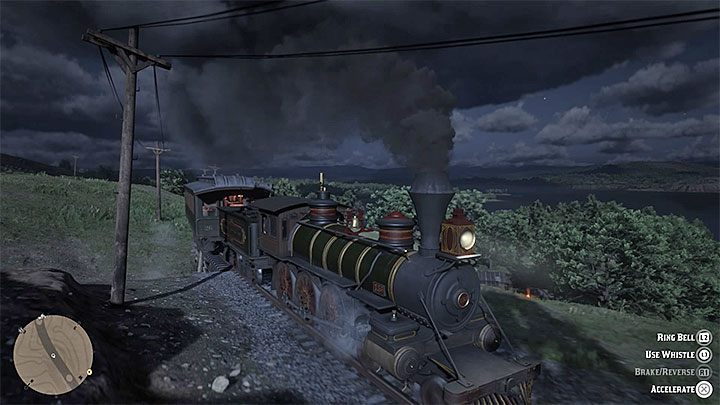 The train will soon stop unexpectedly. Go towards the locomotive. After arriving at the place, it turns out that the driver escaped and Arthur has to replace him. Interact with the central console. Controlling a train is very easy - X / A button is responsible for acceleration. You don't have to perform any other actions along the way. You also don't have to brake, because there is no risk of derailment.

The train must reach Riggs Station. Beau and Penelope will get off the train. Arthur will receive a valuable bracelet as a gift. You can keep it for yourself and sell it e.g. at a fence or return it to the couple (positive honor).